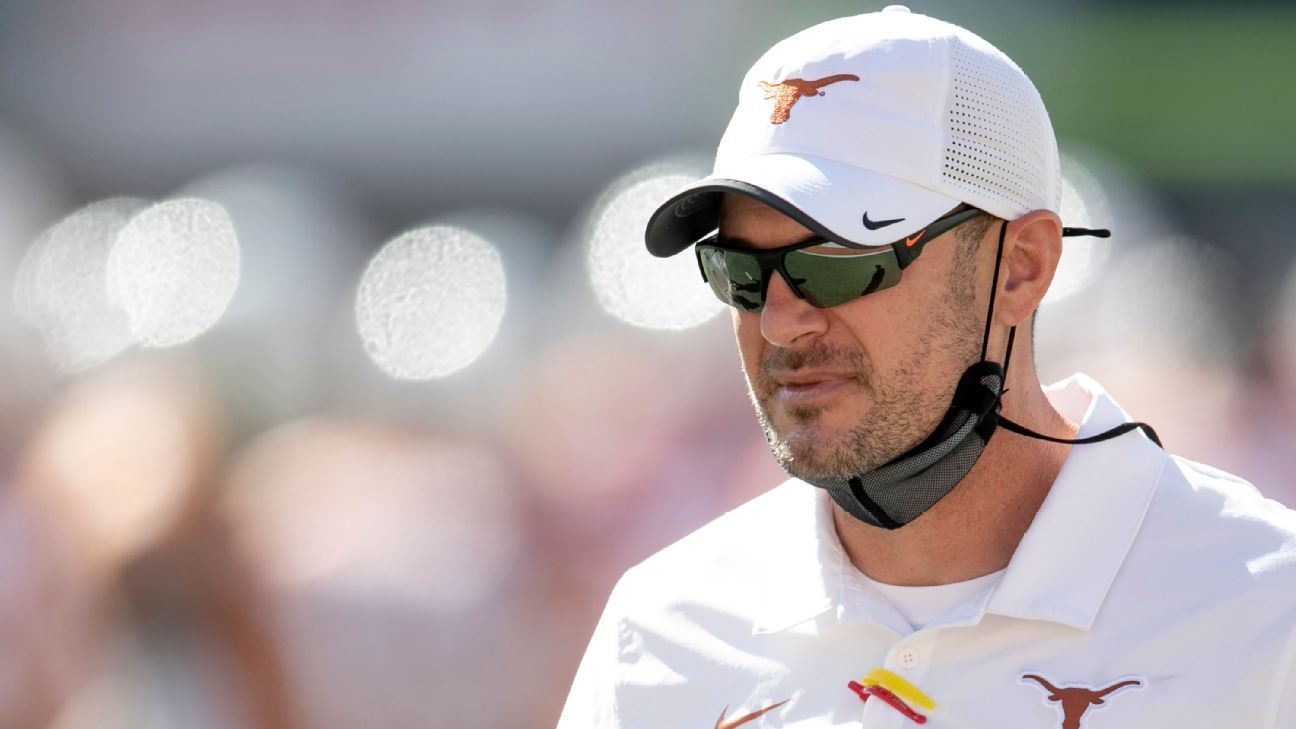 Herman is set to replace Willie Taggart, who was fired last month after going 5-7 this season. Taggart went 15-18 in his three seasons in Boca Raton, reaching the Montgomery Bowl in 2020, his first season, before consecutive 5-7 campaigns.

Herman is meeting with the Owls on Thursday afternoon, he told ESPN.

Herman will give the Owls a coach with a track record of renowned offensive success. Across six seasons at Houston (2015-16) and Texas (2017-20), he has accumulated a career record of 54-22 and has five bowl game victories — four coming at Texas.

His best season in Austin came in 2018 as the Longhorns went 10-4, finished second in the Big 12 and beat Georgia in the Sugar Bowl. Prior to taking the head coaching job at Houston before the 2015 season, Herman was Urban Meyer’s offensive coordinator at Ohio State, helping lead the program to the inaugural College Football Playoff national championship in 2014.

The Buckeyes that year were ninth in total offense (511.6 YPG) and averaged 44.8 points in 2014 as Herman won the Broyles Award, which is annually given out to the top assistant coach in the country.

Hisatune leads early at Ras al Khaimah Championship
Mitchell rips Brooks after scuffle: ‘This isn’t new’
Johnson leads No. 5 K-State past former team
McIlroy leads by 3 ahead of final day in Dubai
On top Down Under: Djokovic ties men’s record