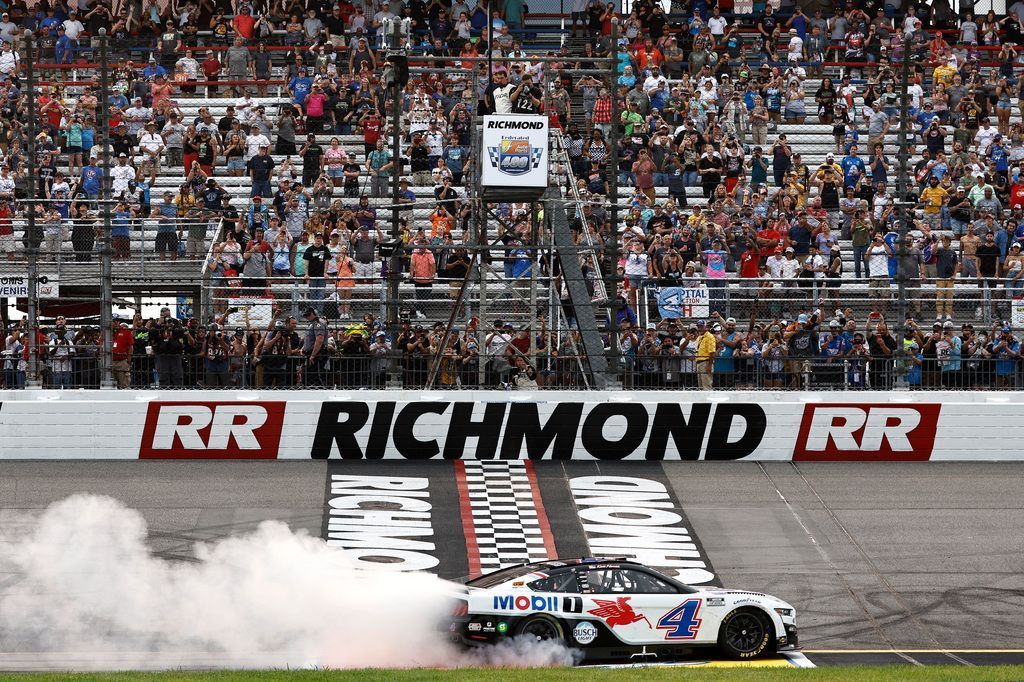 RICHMOND, Va. — Kevin Harvick may be stamping himself as the man to beat in NASCAR.

The 2014 series champion took the lead from Joey Logano with 66 laps to go and held off Christopher Bell at Richmond Raceway on Sunday for his second consecutive NASCAR Cup Series victory.

Harvick, who ended a 65-race drought last week at Michigan, won for the 60th time, the fourth time at Richmond and first time on the 0.75-mile oval since 2013. He matched Kyle Busch for ninth in career victories in the premier series and credited an increased understanding of the Next Gen car for his progress.

He even took some blame for allowing Bell to come so close at the end.

“I knew he was coming, but I forgot to shift down the front straightaway the last time,” he said. “I was not paying attention and he got closer than he should have. I made a mistake there a couple laps doing the same thing.”

Harvick’s victory also kept alive the intriguing battle for the final playoff position with two races remaining in the regular season. The 15 winners this year have all likely claimed playoff berths unless there are new winners when the series moves to Watkins Glen and then Daytona.

Bell finished second, followed by Chris Buescher, Denny Hamlin and Chase Elliott. Logano, who led for 222 of the 400 laps, faded to sixth, followed by Martin Truex Jr. Ryan Blaney was 10th. Blaney and Truex are the top two drivers in points hoping to make the 16-driver playoffs without a victory.

Thanks to stage points, Blaney increased his lead from 19 points to 26 over Truex for the final playoff spot, assuming there is not a 16th different winner.

The race featured just five cautions for 28 laps, and that includes the two that come at the end of each stage. The last one came when Bell spun on the 252nd lap, and Harvick pulled away after a pair of green-flag pit cycles.

The final pit stops under green came with just more than 50 laps to go.

“I got held up pretty bad at the beginning of the run by a couple slower cars and that was ultimately the difference when you get beat by a couple car lengths,” Bell said. He locked up a playoff spot with a win at Loudon on July 17.

Before Bell, Buescher was on Harvick’s bumper, but never got around him.

“I think it’s a little easy with this format to feel like third place doesn’t matter, but it’s nice to be close and to keep progressing and getting better,” he said. “Just burned the rear tires up. Ultimately that’s on me. Lap traffic didn’t do us any favors, either, but ultimately just got to keep the rears under us a little bit better so we can have a little bit better shot there to get after him for the win.”

The Associated Press contributed to this story.