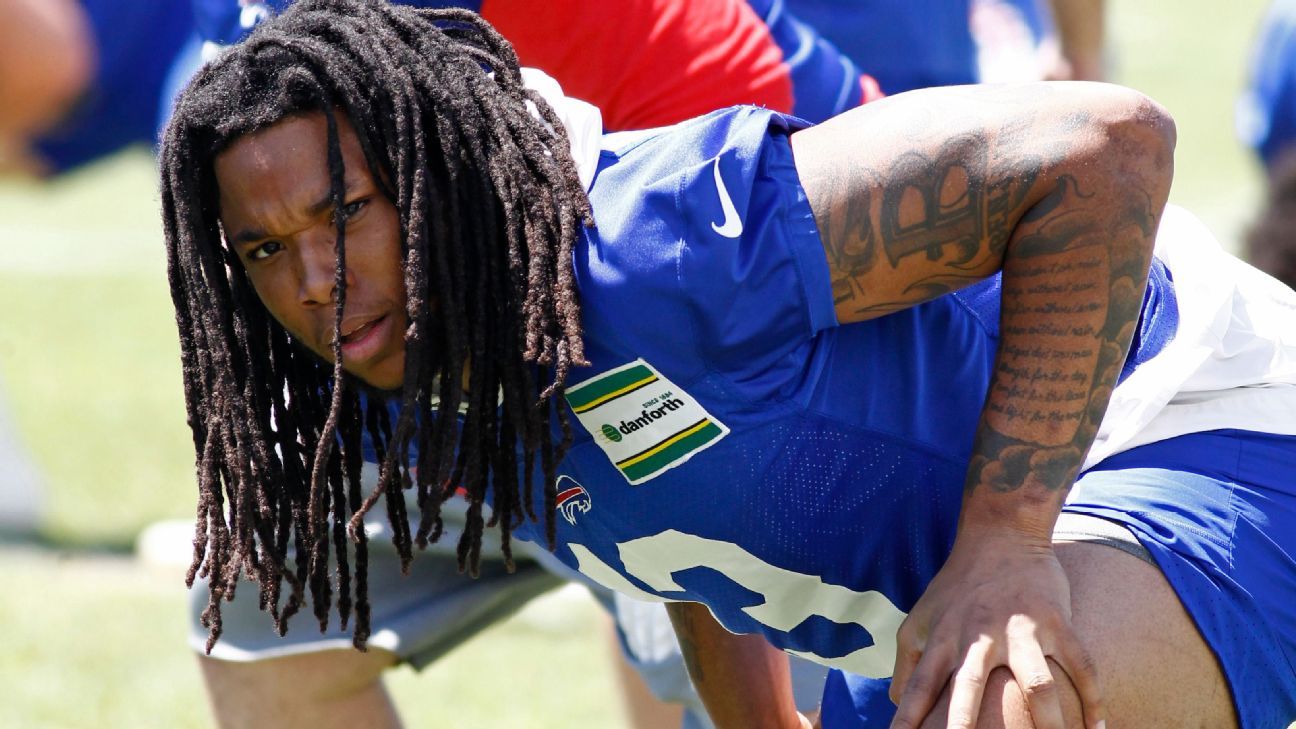 EAST RUTHERFORD, N.J. — Kelvin Benjamin was released Wednesday by the New York Giants and didn’t appreciate how it all went down for everybody to see. He was especially critical of coach Joe Judge, who he thought was doing everything to “kind of sabotage the situation.”

Benjamin explained his side of the story in a phone conversation Wednesday night with ESPN. He was in good spirits despite the spirited on-field confrontation earlier in the day.

His disappointment was the result of how the situation unfolded. It all began with Judge calling Benjamin over on the field prior to the first practice of training camp at the Quest Diagnostics Training Center. It was then that he told the converted wide receiver there would be a fine incurred for reporting to camp overweight.

Benjamin, who was trying to resuscitate his career as a tight end, said the Giants wanted him to report to camp at 251 pounds. He was 265 pounds in the spring and came in at 268 pounds for camp.

A Giants source confirmed Benjamin was going to be fined for reporting overweight, despite passing the conditioning test on Tuesday.

“I’m basically smaller than I was as a wide receiver. I was like how is that possible? I’m a tight end now. How does that make sense?”

From there the situation continued to downward spiral, according to Benjamin. He claimed to be cursed out by Judge, who also brought up incidents that occurred during the spring.

But most of all, Benjamin was confounded by being confronted on the field prior to the start of the first summer practice rather than the situation being handled before practice behind closed doors.

“It was awkward,” Benjamin said. “It didn’t even make sense.”

At that point, general manager Dave Gettleman intervened. Gettleman had drafted Benjamin in 2014 with the Carolina Panthers.

Benjamin walked off the field and into the locker room. He was followed by Gettleman.

“My mental state was thrown. I didn’t know what to do,” Benjamin said. “I just went to the locker room to calm down. Gettleman came in there and I could here in his voice that they were going to release me.”

Benjamin, 30, last played in the NFL with the Kansas City Chiefs during the 2018 season. The Florida State product was originally a first-round pick by the Panthers.

Benjamin has spent time in his career with the Panthers, Buffalo Bills and Chiefs. He has 209 career receptions for 3,021 yards and 20 touchdowns.

His biggest gripe with the Giants was undoubtedly Judge. Benjamin didn’t like the way Judge handled the situation and how he was treated.

“I think he was doing everything to kind of sabotage the situation,” Benjamin said. “I don’t know why.”

The Giants had Benjamin in for a workout during rookie minicamp in May. They signed him afterwards.

Judge and his staff coached Benjamin hard throughout the spring, much like they do all players. They were seen working with him constantly on finishing plays and protecting the football. It didn’t seem to be any different than the way they coach the rest of the team.

Somewhere, however, before the first practice of the summer, it all went wrong. Benjamin didn’t think it needed to go down this way.

“If anything they shouldn’t of had me come back to training camp,” he said. “It’s personal vendettas. That is what it is more than anything. They didn’t want to give me the opportunity to get on the field. [Judge] could’ve been a man about it.

“Of course they’re going to make it seem like I walked away. Where I quit. Anybody who went through a situation like that, I mean how can I practice at that point. At the end of the day right is right, wrong is wrong.”

And Benjamin is no longer a Giant, perhaps for the betterment of both sides.