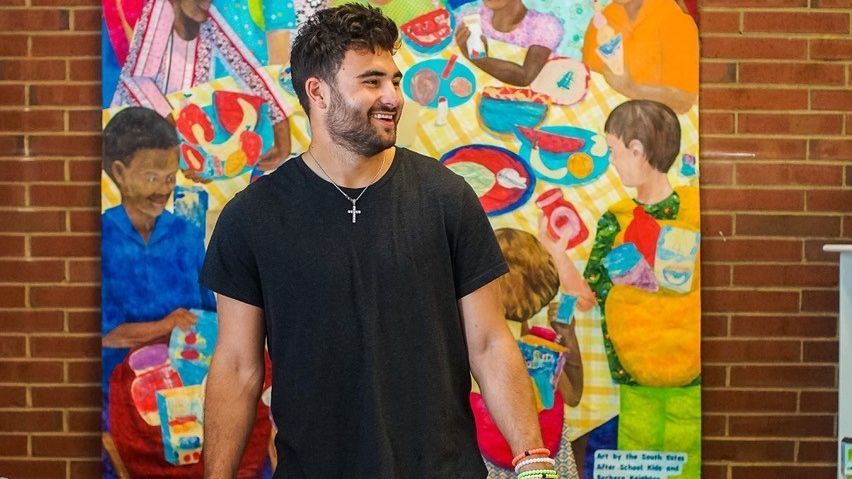 Before last season’s Orange Bowl, North Carolina quarterback Sam Howell made a stunning admission: He’s never eaten a steak. No cheeseburgers or seafood, either. His teammates teased him endlessly, he said, but he was a chicken-only man.

On Wednesday, Howell turned that culinary hot take into a new marketing deal, partnering with North Carolina-based Bojangles Restaurants on a new social media campaign in what is one of the most high-profile endorsements yet after the NCAA opened the door for all athletes to earn revenue from their name, image and likeness (NIL) on July 1.

“I honestly figured one day down the road something like this might be in play, but I never thought it would happen this early,” Howell, who grew up in Union County, North Carolina, just minutes from Bojangles’ headquarters in Charlotte, told ESPN. “But it’s a unique opportunity, and it’s been a cool experience.”

Howell and Clemson quarterback D.J. Uiagalelei are the first college athletes to partner with Bojangles, which already works with several schools in the SEC and ACC. Both players will utilize their social media feeds to promote the brand, along with doing various in-person appearances in the coming months.

When the new NIL rules opened the door to endorsements, Bojangles chief marketing officer Jackie Woodward said the company had a number of college athletes reach out directly via social media hoping to partner with the brand. Howell and Uiagalelei provided two high-profile options that perfectly fit Bojangles’ target market, she said.

“More than anything, we felt like Bojangles fans are college sports fans,” Woodward told ESPN. “This is an extension of what matters to our customers and fans.”

Bojangles is one of the more recognizable brands to partner with college athletes since the new NIL rules took effect. Other big-name deals include Boost Mobile, which is working with Fresno State basketball players Hanna and Haley Cavinder, and PetSmart, which partnered with Arkansas receiver Trey Knox. Meanwhile, Alabama coach Nick Saban said Tuesday that quarterback Bryce Young was already approaching $1 million in NIL revenue after less than a month in the marketplace.

Howell said he was initially reticent about jumping into the NIL market, wanting to prioritize opportunities that would give back to the community and also benefit his teammates. After hiring marketing firm ESM to handle his NIL deals, Howell said Bojangles served as a perfect fit.

“The main thing for me was I never want there to be a conflict where I have to neglect my football duties,” he said.

Howell is also working with a Chapel Hill-area non-profit group called Table, which helps provide meals to children in need. His first project with Bojangles is aimed at supporting Table’s work.

Woodward said Bojangles has plans to expand its partnerships with college athletes in the coming months, too, viewing the NIL market as an ideal pivot point between the restaurant’s Southeastern brand and the college sports audience.

In the interim, Howell’s penchant for chicken — his go-to Bojangles meal is a Chicken Supreme combo with fries and a sweet tea, he said — hit the ideal tone for the chain’s first foray into NIL.

“That is definitely a part of Sam’s story and a part of the story we’re going to start writing together,” Woodward said. “He’s not only a well-known chicken lover, but he grew up in Bojangles’ backyard.”