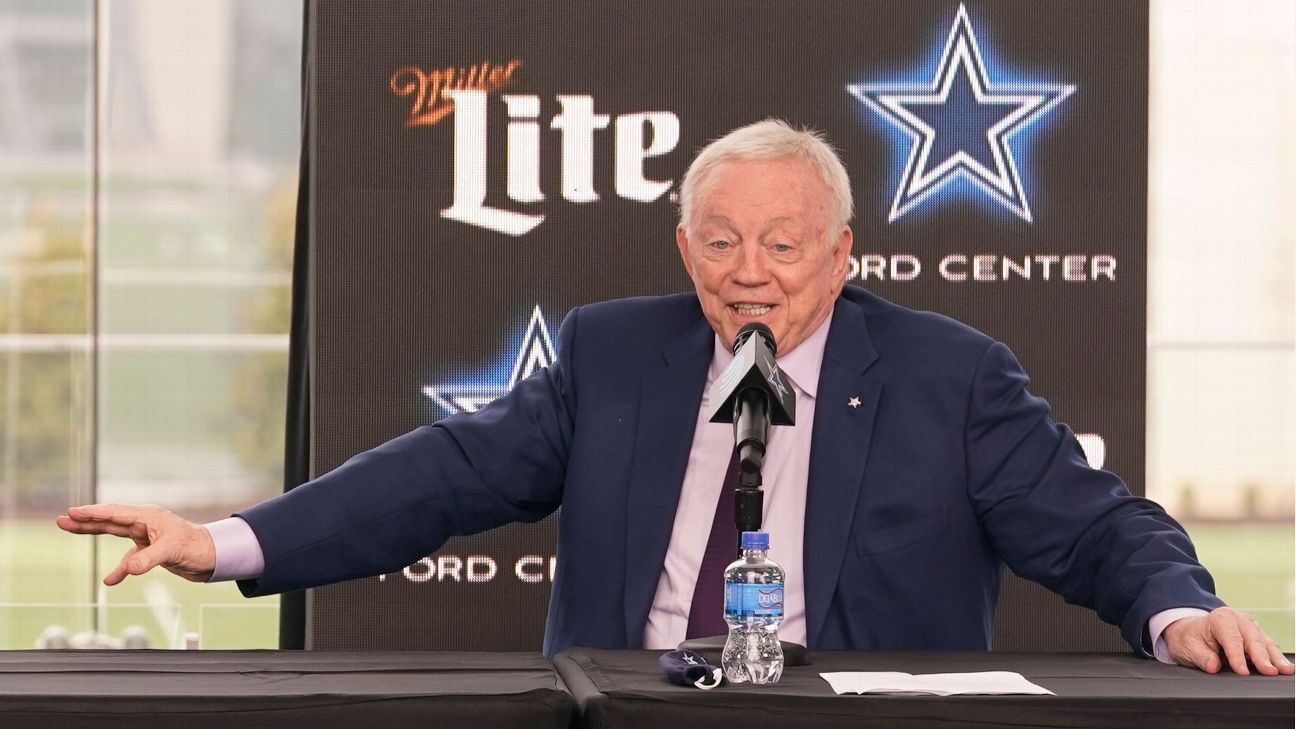 OXNARD, Calif. — Over the years, Dallas Cowboys owner and general manager Jerry Jones has not been afraid to talk about Super Bowl dreams before the start of a season. But as the franchise’s championship drought pushes past 25 years, Jones stayed away from making headlines Wednesday.

Still, making it to Super Bowl LVI is at the top of Jones’ mind.

Jones became emotional at several points of a nearly hour-long news conference, starting with when he was asked how he intends to get the Cowboys back to a time when they won three Super Bowls in a four-year span in the 1990s.

“I really don’t know that I have any days or have any weeks where I don’t think, ‘There’s a pony in here somewhere.’ You have a lot of days where you ask yourself, ‘What are you doing in the middle of this?’ That has served me well. This isn’t an ‘I, me,’ but I’ve had a lot of people tell me, ‘You’re naive’ or say, ‘He’s naive.’ Well, it’s a beautiful world. … It’s a better world to be naive than to be skeptical and be negative all the time.”

Jones choked up when discussing former coach Jimmy Johnson’s tenure with the Cowboys now that Johnson is headed to the Pro Football Hall of Fame next month.

“Well, I just think of those great times, and Jimmy’s a great coach,” Jones said. “Ridiculous. My role here was, my job was to keep it together. It was my job. Should have had deference to something that was working good. Those are the things that come to my mind. We had a great run of it. He’s a great coach, and I’m proud to have him as a friend, and proud to have had the times that we had. We just had a great experience.”

The current Cowboys have missed the playoffs in three of the past four seasons, including a 6-10 finish in 2020 in Mike McCarthy’s first season as coach. Dak Prescott played in just five games because of a compound fracture and dislocation of his right ankle, but he will be a full participant when practice opens Thursday. A number of other key players also missed significant time due to injury.

With Prescott and offensive linemen Tyron Smith, Zack Martin and La’el Collins healthy and the addition of Dan Quinn at defensive coordinator, Jones is optimistic about 2021, if not bombastic.