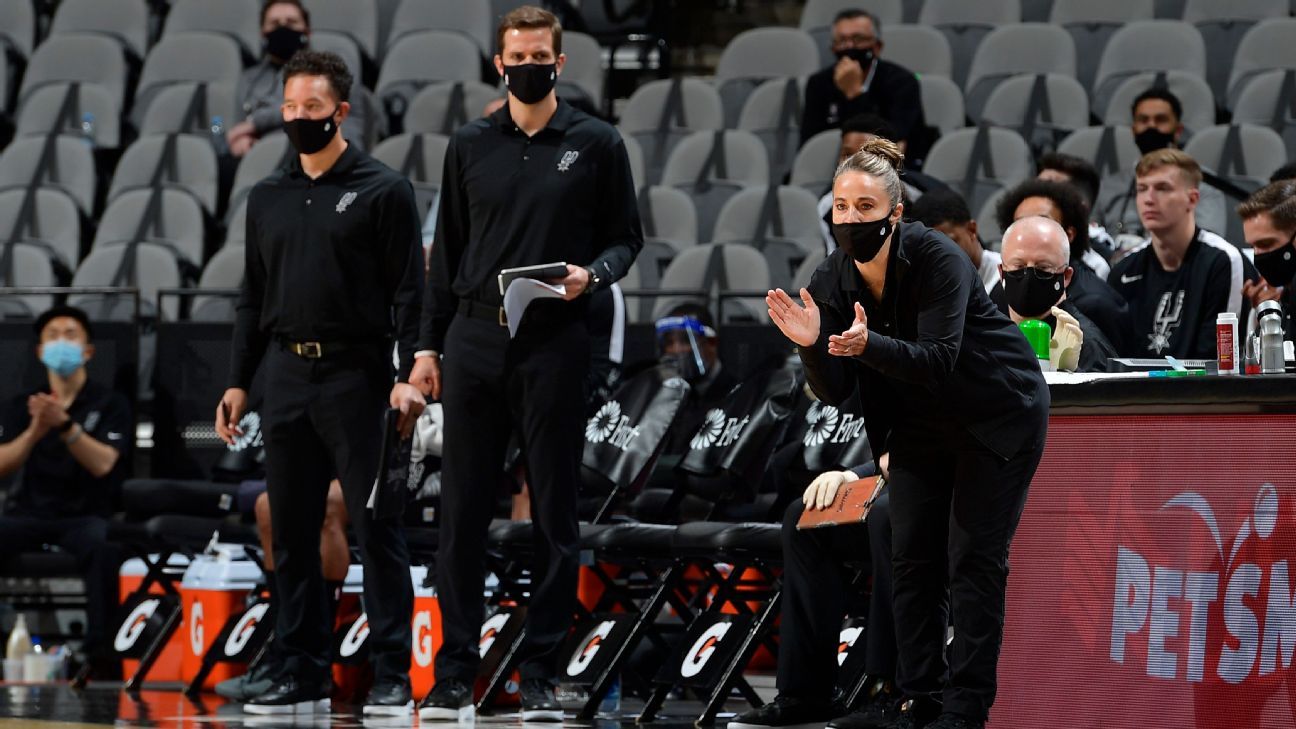 Becky Hammon made history on Wednesday, becoming the first woman to act as head coach during an NBA regular season game.

The San Antonio assistant coach filled in for head coach Gregg Popovich after he was ejected in the first half of the Spurs’ 121-107 loss to the Los Angeles Lakers.

Popovich received a technical foul and was run from the game with 3:56 remaining in the second quarter for arguing with the referee over a no call with his team trailing the Los Angeles Lakers 52-41.

Hammon is in her seventh season on the Spurs’ coaching staff and was a six-time All-Star in the WNBA with the New York Liberty and San Antonio Silver Stars.

Popovich was ejected from a game last November and Hammon and the rest of the Spurs staff filled in during his absence. After the game, however, Popovich said that Tim Duncan ultimately assumed the head coaching abilities to finish out the game against the Portland Trail Blazers.

Duncan stepped down from a full-time coaching role with the Spurs during the offseason.

Hammon, 43, was named as a returning nominee to enter the Naismith Memorial Basketball Hall of Fame in the class of 2021. Popovich was asked about Hammon’s credentials before the Lakers game.

“Obviously, I think very much of her abilities having hired her. That all began when I saw her play,” Popovich said. “She was a leader, everybody on the team reacted to her, she was very confident, very competitive and she led the whole show. And when I got to know her and she was in our coaches meetings before she was hired, while she was hurt after the season, we found out about her knack for the game, her innate understanding of what wins, what loses, what has to be there to make a program. So she’s got all of the tools necessary to be a heck of a coach in our league.”