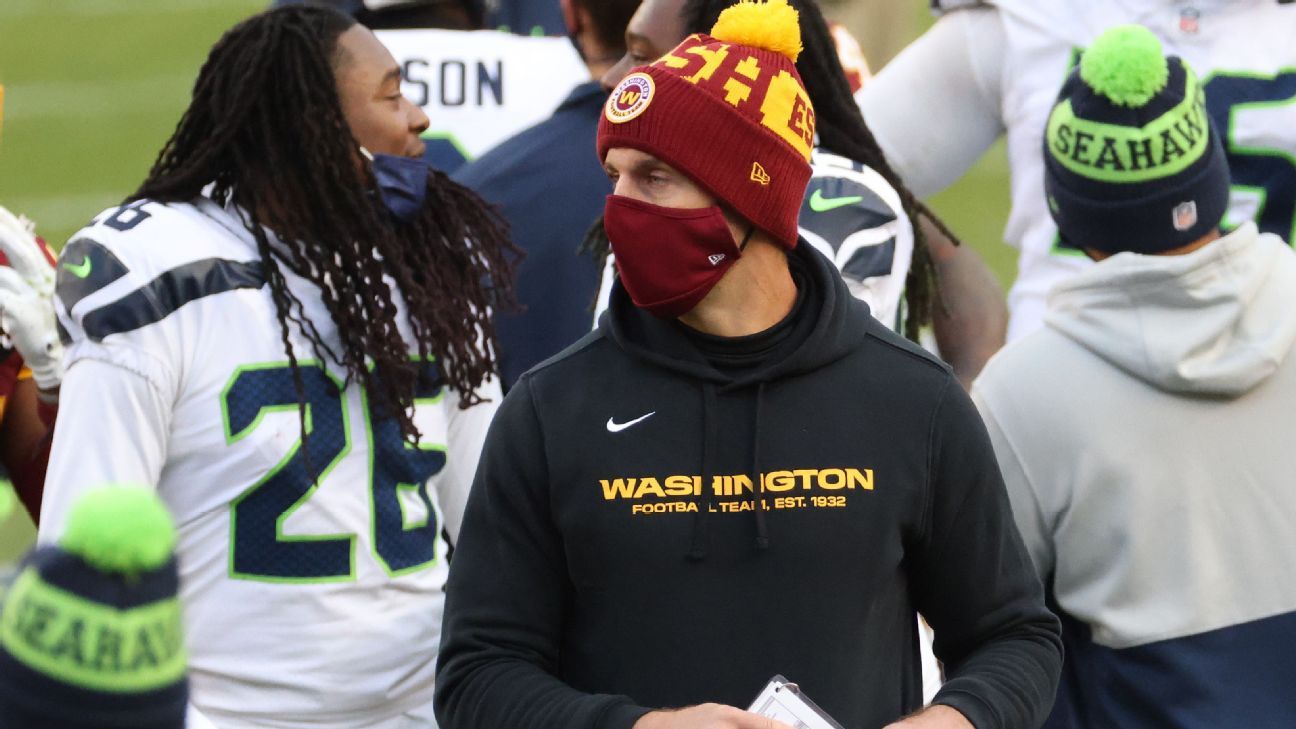 ASHBURN, Va. — Washington Football Team quarterback Alex Smith is right back where he was a week ago: uncertain about his status for Sunday.

Smith did not practice Wednesday because of his strained right calf, but he said that was planned. Smith said they have a plan in plan in place to help him progress enough so he can play in Washington’s season finale at Philadelphia. If Washington (6-9) beats the Eagles, it will win the NFC East.

“I’m doing everything I can to get it right and ready to roll,” Smith said.

But Smith’s absence would make it tougher to win. He has missed the past two games because of his calf injury — both losses. Washington is 4-1 in games Smith has started this season; it is 2-8 when he hasn’t started. If Smith can’t play, Taylor Heinicke will start. He took the first team reps Wednesday.

“We’ll be guarded with it,” Washington coach Ron Rivera said of Smith’s progression. “He’ll get some opportunities and we want to see some improvement going forward. If not, we’ll make sure Taylor is getting as much work as he can right now.”

Rivera said once again that because of Smith’s experience and knowledge of the offense, he could play without practicing during the week.

Smith injured his calf in a Dec. 13 win over the San Francisco 49ers, forcing him to miss the second half.

Heinicke relieved Dwayne Haskins in the fourth quarter of Sundays’ 20-13 loss to the Carolina Panthers. Washington released Haskins on Monday, shortly after Rivera said Heinicke would either start or be the primary backup to Smith.

Heinicke has started one game in his NFL career — in 2018 while playing for Rivera in Carolina — and has played in eight. He spent two years in Minnesota and one in Carolina. Washington offensive coordinator Scott Turner was with him in both stops, so Heinicke knows the offense well.

During the portion of practice open to the media, Smith did not stretch before the workout along with teammates. He did some work on his own off to the side and also threw the ball.

“I felt good out there,” Smith said. “It was a positive. I’m trying to take advantage of as many mental reps as I can. The last couple weeks have been frustrating when dealing with something like this.”

Smith nearly came back last week, after what Rivera felt was a strong showing in practice Friday. But the next day his calf was sore and after it didn’t improve on Sunday they decided to start Haskins.

He said last week has provided a mix of optimism and caution for Sunday. Because he was close, it’s possible he’s able to progress enough to play. However, the way he felt Saturday provides pause.

“I do feel I’m continuing to progress from even last week,” Smith said. “We’ll see how it goes.”

The quarterbacks’ job could become tougher if receiver Terry McLaurin doesn’t play. He did not practice because of a high ankle sprain, but he did work off to the side with trainers — something he did not do last week before missing the Carolina loss.

Puig changing plea to not guilty of lying in probe
Clavel-Plata unification bout postponed due to flu
Dilfer, fan of ‘big climbs,’ talks bold vision for UAB
ECB receive £400 million bid for private equity stake in the Hundred
Breaking down the trilogies: Who has the edge in Fury-Chisora and Chocolatito-Estrada?