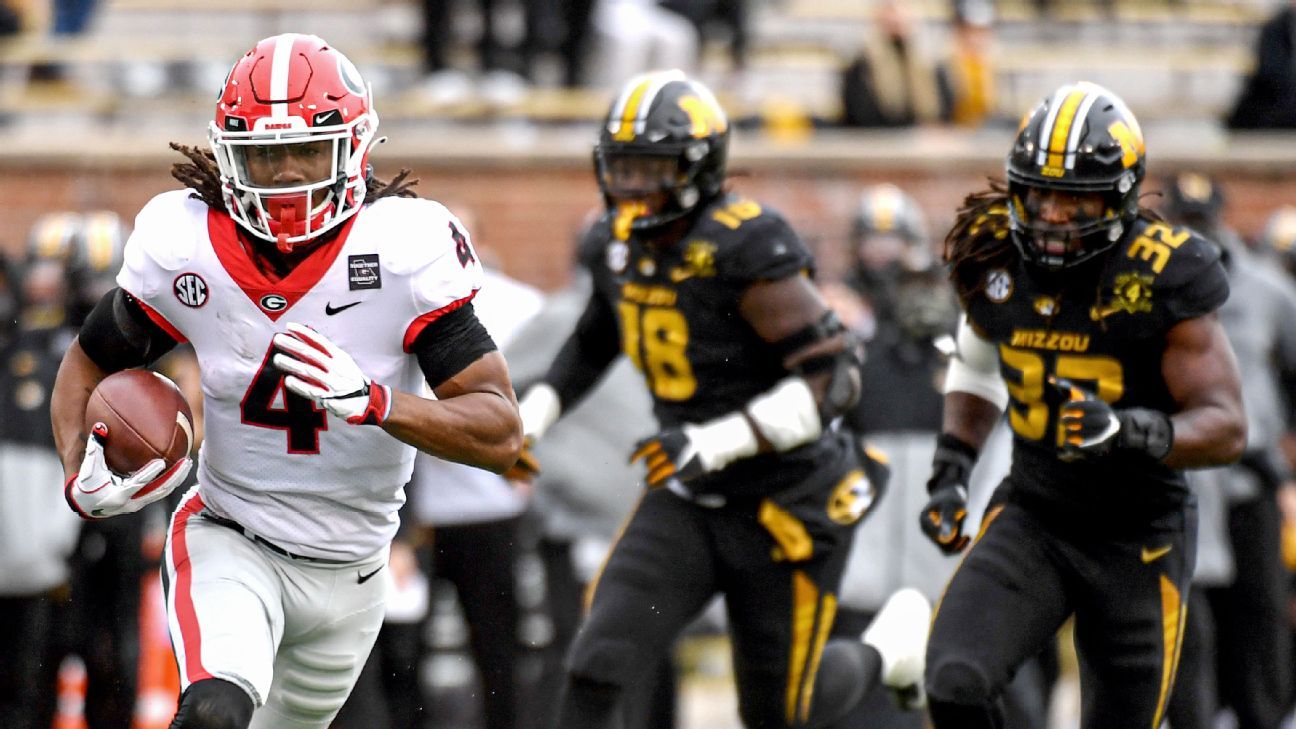 Georgia running back James Cook, the younger brother of Minnesota Vikings star Dalvin Cook, will not play in the Chick-fil-A Peach Bowl on Friday after the death of his father, Bulldogs coach Kirby Smart said.

Cook, the Bulldogs’ second-leading rusher with 303 yards and three touchdowns this season, returned home Wednesday to be with his siblings.

“He’s really close to his family and it’s a really tough situation to be dealing with the loss of his father,” Smart said. “Our thoughts and prayers are with him. We support him 100 percent and all his teammates have his back. We just want him to be with his family and do the best he can to deal with this at this time.”

Dalvin Cook won’t be playing for the Vikings on Sunday as well.