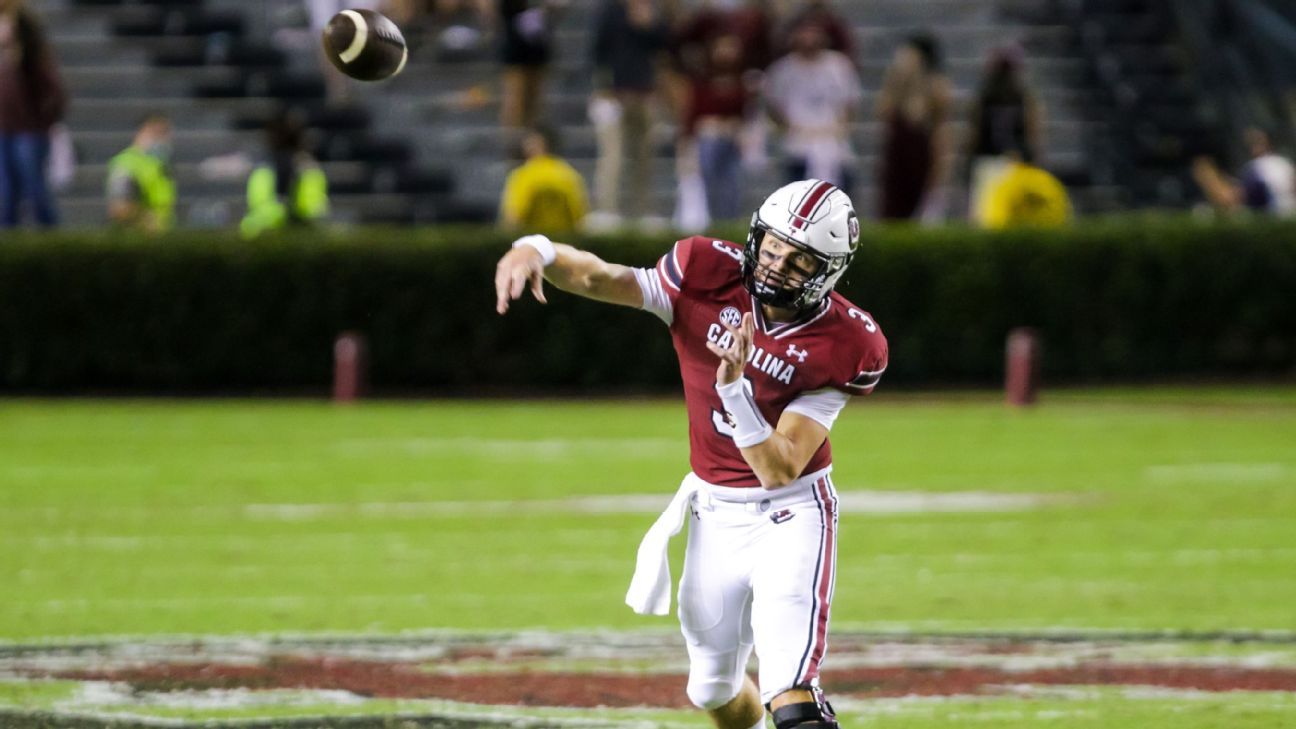 South Carolina quarterback Ryan Hilinski announced Wednesday on Twitter that he has entered the transfer portal.

Hilinski, who’s from Orange, California, played in just two games this season after starting in the Gamecocks’ final 11 games as a freshman in 2019 and passing for 2,357 yards, 11 touchdowns and five interceptions.

Collin Hill and Luke Doty combined for most of the snaps at quarterback this season for South Carolina.

In his Twitter post, Hilinski thanked the South Carolina football family, including coaches, teammates and fans, and wrote: “Thank you for giving my family and I a home when we didn’t know where home was. Thank you for the roars in Williams-Brice Stadium. Thank you for the smiles, hugs, handshakes and warm greetings. I will forever be grateful for this state and the life I found after losing my brother.”