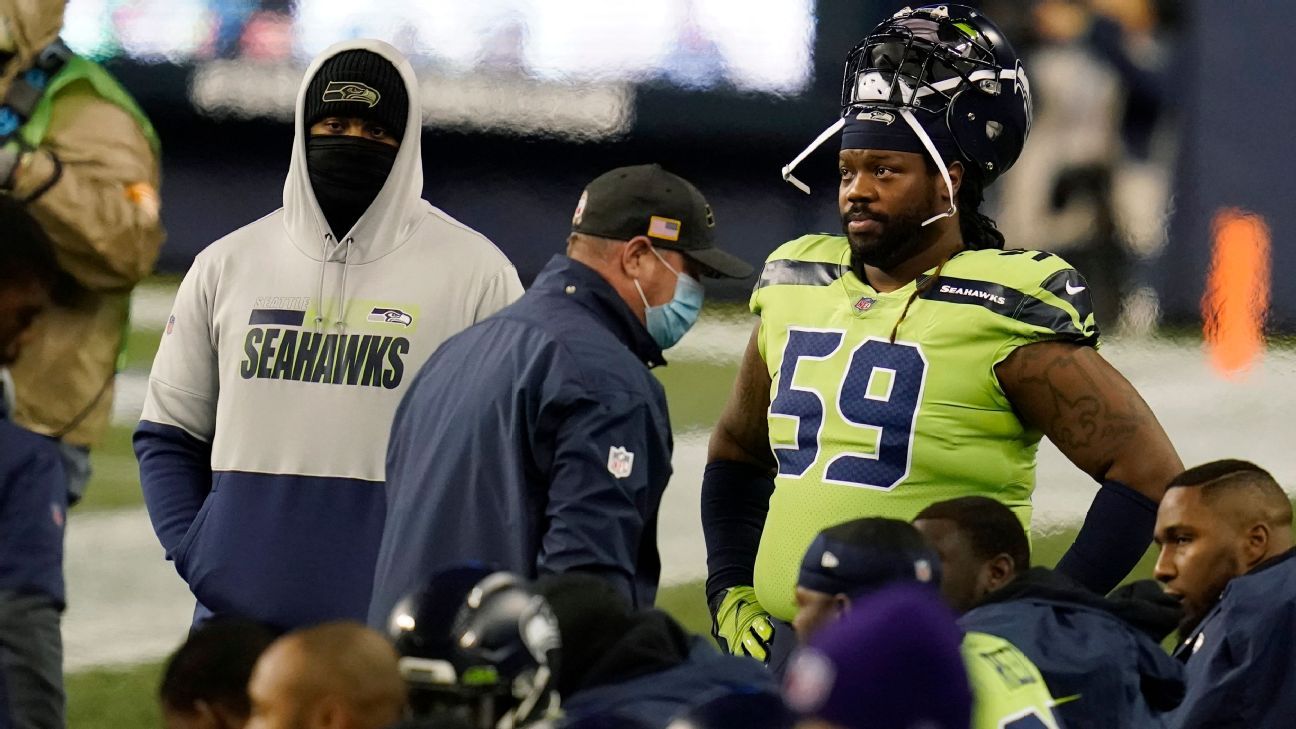 GREEN BAY, Wis. — Another run-stopper is on the way to the Green Bay Packers to perhaps help them avoid getting run out of the playoffs like last season.

The Packers did not announce the move.

The Seahawks waived the 32-year-old defensive tackle on Monday after Harrison requested his release. All players waived at this point in the season are subject to waivers, and Harrison said in a tweet after his release that he was not interested in getting claimed. However, in response to a tweet that suggested he might actually play for the Packers given that they’re a Super Bowl team and one that was on his list of teams he planned to meet with before he signed with Seattle earlier this season, Harrison responded with a one-word tweet that read: “Bingo.”

A source told ESPN that Harrison assured the Packers he would report to and play for Green Bay.

The Packers rank 14th in rushing yards allowed but 24th in yards per carry — a slight improvement over last season. But their run defense let them down in the NFC Championship Game, when the San Francisco 49ers rushed for 285 yards en route to the Super Bowl.

If the Packers win Sunday’s regular-season finale against the Chicago Bears, they would be the No. 1 seed in the NFC and have a first-round playoff bye. Even if they have to play on wild-card weekend, they could get Harrison through the COVID protocols and ready for that weekend. They were granted a roster exemption for Harrison.

The Seahawks signed Harrison to the practice squad Oct. 7 and he made his first appearance in a game on Nov. 15 against the Los Angeles Rams. He played 138 total snaps in six games before he requested his release. At the time, Seahawks coach Pete Carroll was under the impression that Harrison no longer wanted to play.

“He’s decided to stop playing,” Carroll said Monday during an appearance on 710 ESPN Seattle. “He’s done playing. I talked to him this morning. He’s in good spirits and all of that. He’s really grateful for the opportunity in playing here, and he did really well by us, but he just … he’s done.”