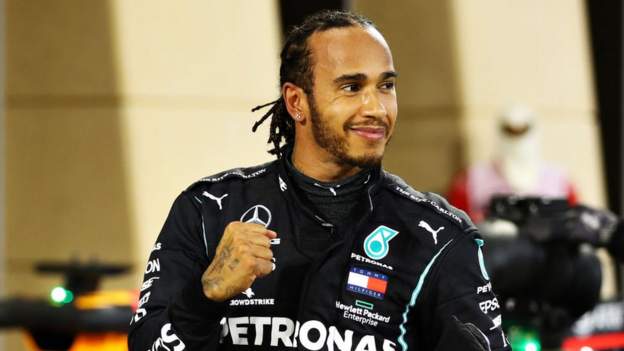 Rugby league legend Rob Burrow is made an MBE for services to rugby and his awareness campaign since being diagnosed with motor neurone disease.

The former British number one, 37, represented Great Britain in the event – previously known as the Fed Cup – before becoming captain in 2016.

Others made an MBE include former Tottenham and Chelsea striker Jimmy Greaves and ex-Wolves midfielder Ron Flowers, both World Cup winners with England in 1966.

Greaves, who later became a popular television personality, suffered a severe stroke in 2015 and his son Danny said of the MBE: “We are very, very proud of Dad. Always have been, always will be.

“At almost 81 to receive an honour from Her Majesty the Queen is just something very, very special.”

“I couldn’t quite work out if it was real or whether it was spam or someone having bit of a prank,” Baxter said of the moment he received the news.

“It turned up by email and not in an official letter. You download it, read it and check who it has been emailed from with a Google search.

“I was sat there with my wife, both of us in a slightly bemused state. My family are delighted.”

Former England captain Gillian Coultard has been appointed an MBE for services to football, along with former Swansea City and Wales forward Alan Curtis.

Chairman of the Racecourse Association Maggie Carver has been made a CBE, as has former jockey Bob Champion and chief executive and secretary of the R&A Peter Dawson.

Promoter Barry Hearn becomes an OBE for services to sport, having been involved in boxing, snooker and darts among other sports.

“It has been a great joy to be involved in such a wide range of sports for over 40 years,” said Hearn.

“To be recognised for that work is an honour.”

Meanwhile, Great Britain Wheelchair Rugby chair Kevin Aitchison is made an MBE, and footballer-turned-boxer Curtis Woodhouse is among those to receive the British Empire Medal.

He clinched a seventh world championship and became the most successful F1 driver ever when he won the Turkish Grand Prix in November 2020.

After the Istanbul victory Hamilton said he felt like he was “only just getting started”, adding: “To all the kids out there, dream the impossible.”

He said he would “love to stay” in F1 and wanted to continue to campaign for change when it comes to human rights, diversity and environmentalism.

Incoming F1 chief executive officer Stefano Domenicali said: “Lewis is a true giant of our sport and his influence is huge both in and out of a car.

“What he has achieved is phenomenal, with still more to come. All of us at Formula 1 congratulate him on this well deserved recognition of his achievements and look forward to seeing more of his brilliance in 2021.”

Burrow among those recognised for charity work

Several sporting names have earned their place on the honours list through charity work, with their contributions during the coronavirus pandemic recognised.

Burrow, who made 493 appearances for Leeds Rhinos, was diagnosed with motor neurone disease in 2019, two years after retiring from playing.

With the support of his former club and the rugby league community, the 38-year-old has spent the past year working to raise awareness of the degenerative condition, which affects how nerves in the brain and spinal cord function.

Also recognised for his charity work is former jockey Champion, who fought cancer to win the Grand National in 1981.

The 72-year-old has been made a CBE for his work with the Bob Champion Cancer Trust, which he founded two years after his fairytale win.

“I’m so proud,” Champion said. “But really it’s for the Bob Champion Cancer Trust, and all the people involved in it. The award is for them really not just me.”

In rugby union, former player Matt Hampson has been appointed an OBE after founding the Matt Hampson foundation.

The 36-year-old was paralysed from the neck down in 2005 following an accident in training and set up his foundation to offer support to others who have suffered catastrophic sporting injuries.

Commander of the Most Excellent Order of the British Empire (CBE)

Maggie Carver (Racecourse Association chairman), for services to sport and to the media sector.

Peter Dawson (chief executive and secretary of R&A), for services to golf.

Officers of the Order of the British Empire (OBE)

Rob Baxter (director of rugby at Exeter Chiefs), for services to rugby union.

Donna Fraser (diversity lead at UK Athletics), for services to equality, inclusion and diversity in the workplace.

Samantha Orde (director of English Federation of Disability Sport), for services to people with disabilities.

Members of the Order of the British Empire (MBE)

Kevin Aitchison (chair of Great Britain Wheelchair Rugby), for services to wheelchair rugby and to people with disabilities.

Emma Evans (goalball coach, player and referee), for services to goalball and to athletes with visual impairments.

David Mahoney (chief operating officer of England and Wales Cricket Board), for services to sport.

Martin Mann (chair of the Special Olympics), for services to people with intellectual disabilities.

David McGowan (former Olympic rower), for services to sport and to reconciliation in Northern Ireland.

Mick O’Neill (chairman of Keighley Cougars), for services to rugby league, the community in Keighley and to charity during the Covid-19 pandemic.

Nigel Payne (former chair of Professional Jockeys Association), for services to horse racing and to charity, particularly during the Covid-19 response.

Shahab Uddin (director of legal, British Olympic Association), for services to sport during the Covid-19 response.

Brendan Warburton (head coach at Sheffield City Amateur Boxing Club), for services to boxing and to the community in Sharrow, Sheffield.

Roland Wycherley (chair of Shrewsbury Town Football Club), for services to the community in Shrewsbury.

David Adamson (honorary chieftain of Burntisland Highland Games), for services to athletics and to the community in Burntisland, Fife.

Salma Bi, for services to cricket and to diversity in sport.

Debra Courtenay-Crane (head coach at Carterton Gymnastics Club), for services to gymnastics and to young people in Carterton, Oxfordshire.

Sophie Dunnett, for services to amateur athletics in Scotland.

Sharon Gill, for services to kickboxing and to young people in Bristol.

Evelyn Graham, for services to badminton and to the community in County Antrim.

Jennifer McArtney, for services to squash.

Rhys McClenaghan, for services to gymnastics.

Christina Peacock, for services to boxing.

Patricia Sharpe, for services to gymnastics.

Gregory Silvester (trustee at Special Olympics GB), for services to people with learning disabilities in sport.

Gladys Turnbull (coach at Whitmore Netball Club), for services to sport and the community in Wolverhampton.

Peter Warden, for services to athletics in north-west England.

Curtis Woodhouse, for services to football and boxing.

Graham Wright, for services to athletics and to the community in Rossendale, Lancashire.