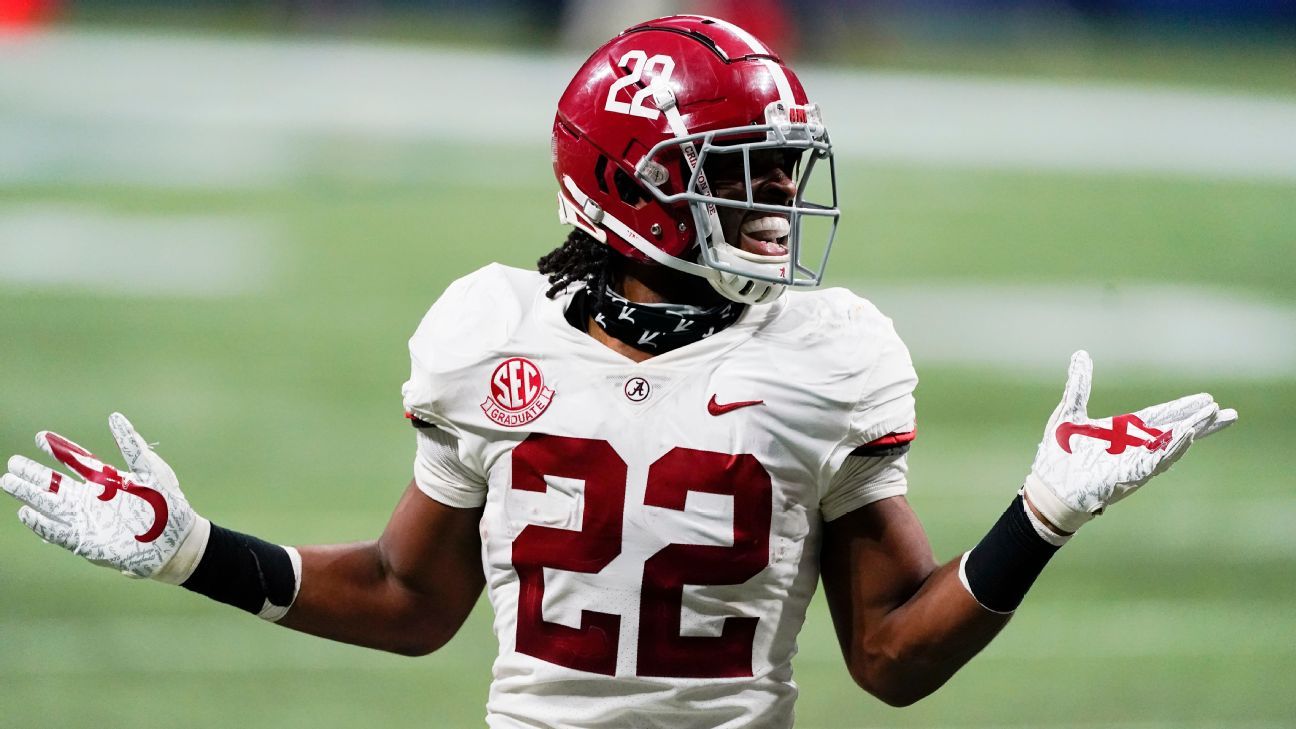 If you’re getting ready to play in the College Football Playoff, there is no one better to wish you good luck than two-time FIFA Women’s World Cup champion Megan Rapinoe.

At Wednesday’s media day at the College Football Playoff Semifinal at the Rose Bowl Game (Jan. 1, 4 p.m. ET on ESPN and the ESPN App), Alabama running back Najee Harris said he was inspired by Rapinoe and her work on and off the field.

“I guess you could say not too many males will say they look up to a woman nowadays,” the senior said about the USWNT star. “But I really look up to her just for what she does outside of sports.”

Harris also noted how, as a feminist, Rapinoe fights against social injustices and how women are treated in sports. Harris was part of Alabama’s marches against racial injustices this summer.

Harris also channeled his inner Rapinoe in 2019. After hurdling a South Carolina defender, he broke out the pose.

So it makes it even better that Rapinoe told Harris in a tweet to “hurdle someone for me!”

“It can be scary for her to be a woman in what they would say is a man’s world,” said Harris, who will face Notre Dame on Friday. “And her just listening, standing up, not listening to all the naysayers out there and really just standing up for what she believes in. It’s motivating and it’s inspirational.”