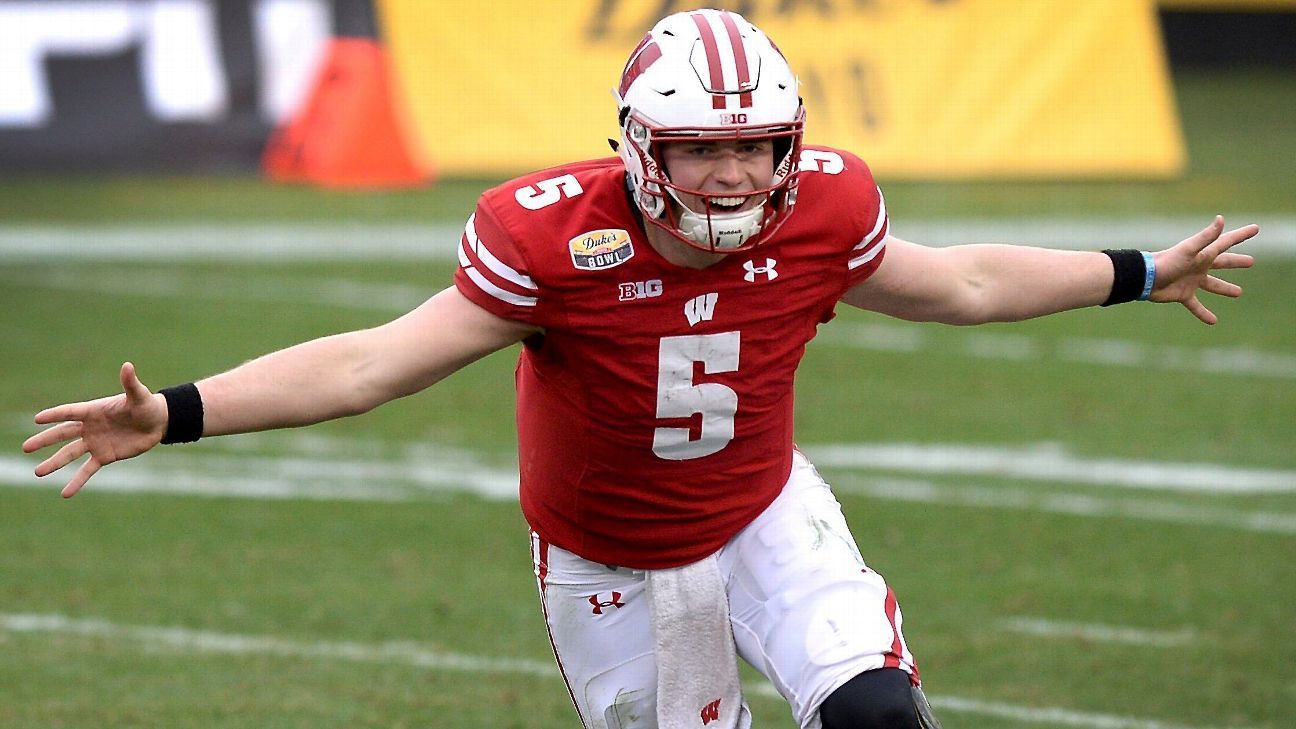 CHARLOTTE, N.C. — The Wisconsin Badgers captured the Duke’s Mayo Bowl and the trophy that came along with it.

And then they broke it.

While dancing around to celebrate his team’s 42-28 victory over Wake Forest on Wednesday, quarterback Graham Mertz dropped the football-shaped piece of Lenox crystal, leaving it shattered on the floor of the locker room after it fell off its base.

“We just wanted everybody to have a piece of that trophy,” Wisconsin coach Paul Chryst joked.

Mertz accounted for three touchdowns and Wisconsin turned four second-half interceptions, all by different players, into 21 points to turn a close game into a near-rout of the Demon Deacons. Five players scored touchdowns for the Badgers.

Mertz, a redshirt freshman, threw for 130 yards and ran for two short TDs as Wisconsin (4-3) finished a rocky 2020 season on a high note.

“Yeah, I dropped it,” Mertz said sheepishly. “That’s on me. It happened.”