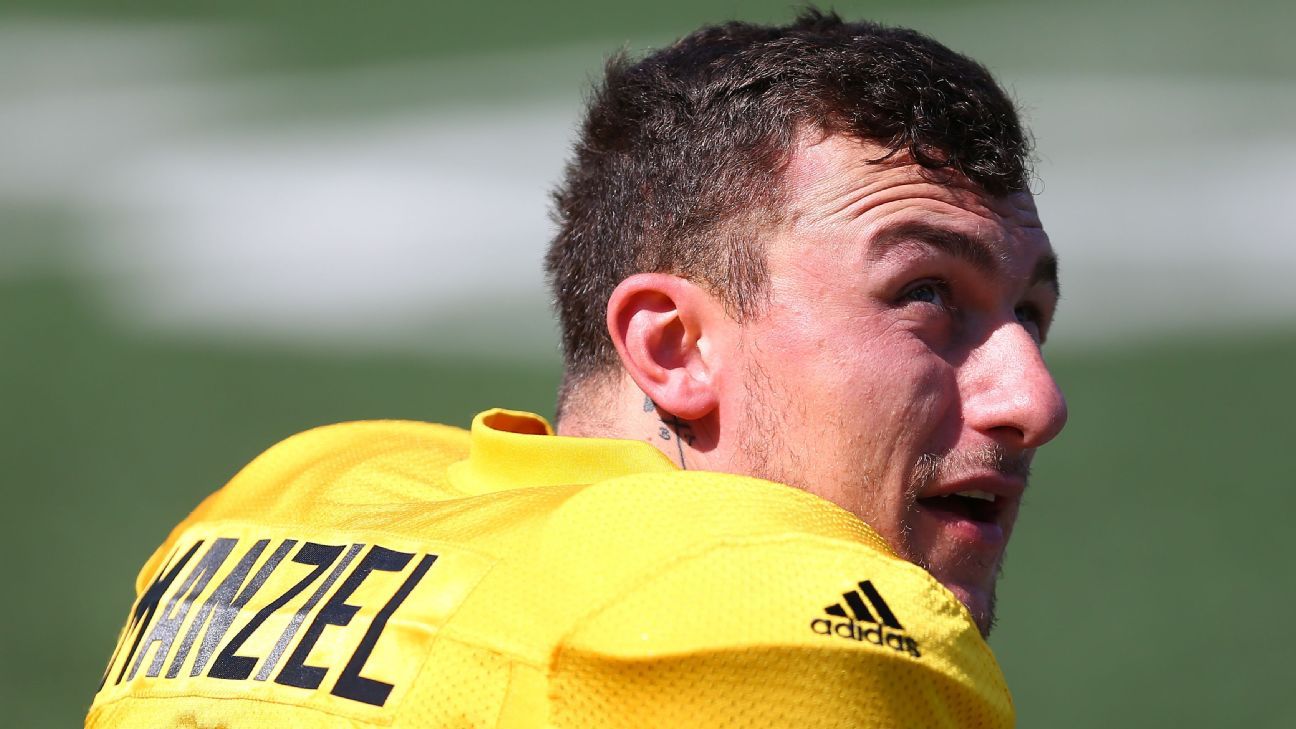 Johnny Manziel has agreed to resume his playing career with a startup league called Fan Controlled Football, he told ESPN this week.

The league, scheduled to begin play in February, will feature 7-on-7 games where fans set rosters, call plays and interact in a blend of traditional and esports environments.

Manziel, 28, connected with FCF co-founder and CEO Sohrob Farudi through comedian Bob Menery, a mutual friend. Manziel last played football in April 2019 for the Alliance of American Football and also has played in The Spring League and the Canadian Football League since the Cleveland Browns released him in 2015.

He said this week that he wasn’t looking to return to football at any level but was drawn to playing the FCF version on his own terms. Since the AAF folded, Manziel has moved to Scottsdale, Arizona, where he said he plays golf, throws the football in the backyard with friends, watches football on the weekend and has had a “normal, laid-back lifestyle” for the duration of 2020.

“Life gives you opportunities sometimes to do something that you would still like to do if it was in a different capacity,” Manziel said. “This has a lot of potential to just be a good time and still be football centric. They’re going to let the people join this league be who they are and have fun with it and be a little bit more free than what football is sometimes. That’s definitely what appealed to me. They don’t want me to change who I am or anything else. They want to come out, put a good product out and be fun with it.”

Farudi said the league will place a heavy emphasis on connecting fans with the players’ lives away from the field, via social media or other digital integration, making it “built for a guy like” Manziel.

“It’s not only what you can do on the field, but who you are off the field,” Farudi said. “We want them to connect to fans and be authentic. I think if you look at Johnny’s career, he was electric on and off the field. He has that big, bold personality. Sure, he rubbed some people the wrong way. But he just has this presence about him.

“He got into these other leagues and, I hate to say this, but it’s like the handcuffs were put on. You had to act differently. You had to walk and talk differently. He couldn’t just be himself. That’s where we want to be different as a league. We’re really embracing this idea of being more than an athlete. … We’re very comfortable with having players be big personalities off the field and doing what they want to do. For us, it’s as much as about the off-field opportunities to connect with the fan base as it is about the football on the field.”

The Heisman Trophy winner in 2012 at Texas A&M, Manziel was the No. 22 overall pick in the 2014 NFL draft. He played in 14 games over two seasons for the Browns, but off-field issues and an inattention to his job prompted the Browns to cut ties with him. Manziel said in 2018 that he had been diagnosed with bipolar disorder and had abused alcohol to battle depression, episodes that often found their way to social media or were posted there himself.

Asked where he is now on a personal level, Manziel said: “I wake up with a smile on my face way more than I used to in the past, when people would have said that I had everything. It’s funny how life works sometimes. You have everything and you can be upset, and when you have a lot less, you can be way happier. I’m at a point in my life where I’m 28 years old and I’m still trying to figure out what I’m doing moving forward and trying to re-create an identity, and that’s what the past year has been about for me.”

The FCF’s lead investor is Lightspeed Venture Partners. The league will begin with four teams, each of which will have celebrity owners, including NFL players Richard Sherman, Austin Ekeler and the retired Marshawn Lynch. Other owners include hip hop star Quavo, boxer Mike Tyson and Menery.

The teams will play a six-week schedule, with games live-streamed on Twitch from a league-leased facility in Atlanta. The games will last about an hour, and the field will be 35-by-50 yards with 10-yard end zones. Players will have backgrounds in college Division I and II programs, along with the CFL, XFL and Indoor Football League. The FCF recently received a commitment from former Florida State and Hampton quarterback Deondre Francois.

Farudi described the league’s vision as a “gamification” of the fan experience targeted at the 18-35 age demographic. Fans who register will participate in much of the football operations.

“The younger generation isn’t sitting through a three-hour game anymore,” Farudi said. “They want it quick and easy. Part of our concept is, ‘Let’s give it to them quick and easy.’ It’s a one-hour game. It’s interactive. You’re watching and interacting at the same time.”