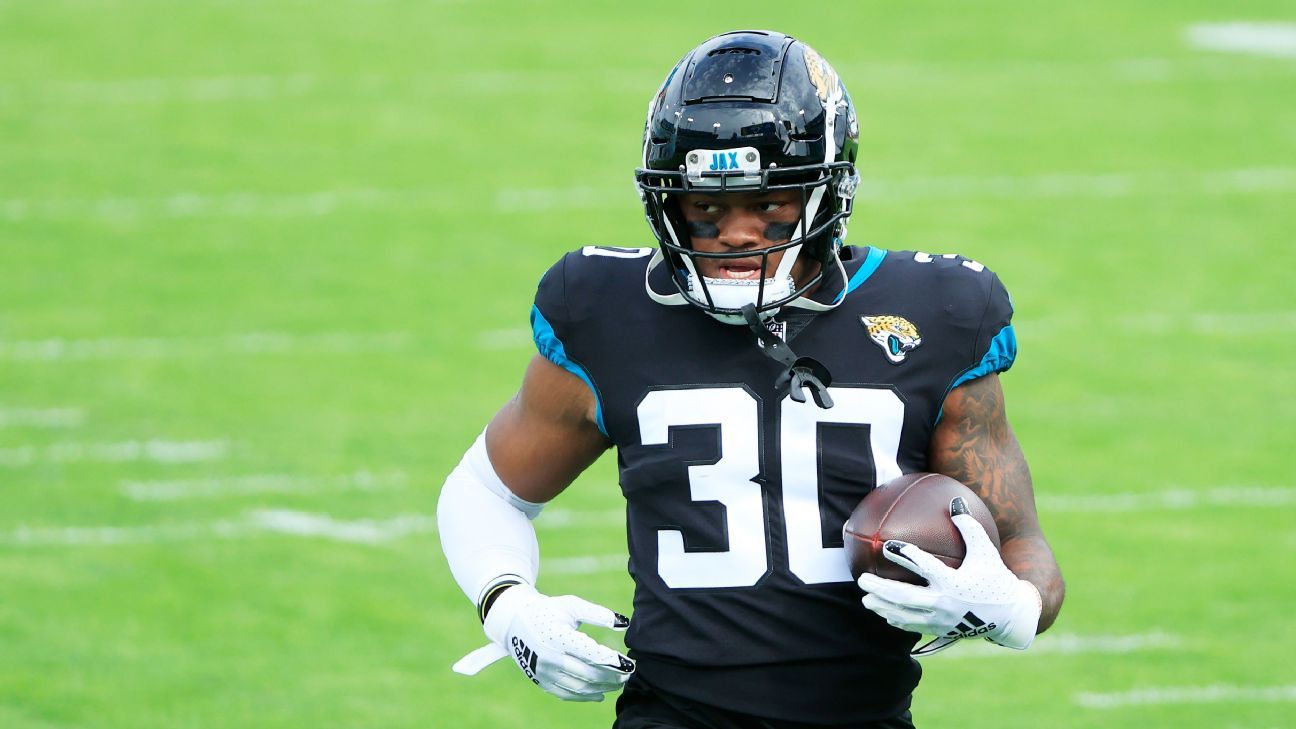 Coach Doug Marrone said Robinson won’t play in the season finale at Indianapolis due to an ankle injury, leaving the running back 35 yards shy of breaking the record for most rushing yards by an undrafted rookie. Robinson, who also missed Week 16, finishes 2020 with 1,070 yards, 34 behind Dominic Rhodes’ mark of 1,104 yards set in 2001.

“I was holding out hope. I really was,” Marrone said, “but it doesn’t look like he’s going to be up for our game. I think that’s safe to say that he’ll be out.”

Marrone also said he was unsure if wide receiver DJ Chark (shin) will be able to play against the Colts (10-5), who are facing a must-win game as they seek to make the playoffs.

Robinson is third in the NFL in rushing behind Derrick Henry and Dalvin Cook, but Aaron Jones (1,062) and David Montgomery (1,001) are close behind. Robinson is sixth in the NFL in scrimmage yards (1,414).

“I can never, ever say enough about that guy — I really can’t — about how hard he tries,” Marrone said of Robinson. “He wants to come back. He wants to play.”

The Jaguars signed Robinson as an undrafted free agent out of Illinois State, and he was so impressive in training camp that Jacksonville cut Fournette just before the season began.