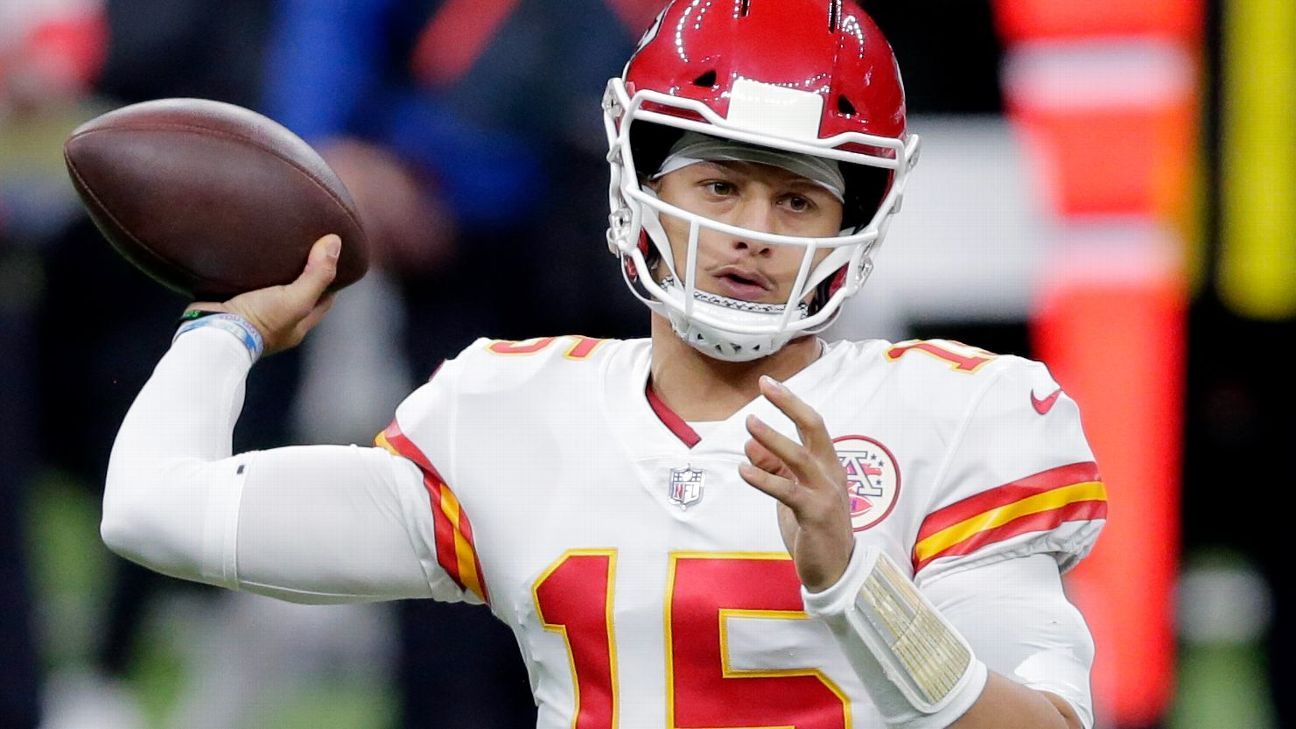 The Kansas City Chiefs, who at 14-1 have clinched the AFC’s No. 1 playoff seed, will start veteran backup Chad Henne at quarterback on Sunday in the regular-season finale against the Los Angeles Chargers at Arrowhead Stadium.

Mahomes will likely be among the Chiefs’ game-day inactives. Coach Andy Reid said veteran Matt Moore, who has spent all season on the practice squad, would likely be activated before the game to serve as Henne’s backup.

“He’ll be great,” Henne said when asked what kind of backup Mahomes would be this week. “He’ll be in the game plan. He’ll study the film and give me some tips. He’ll be very involved. He’ll help me out, just like Matt and I helped him out.”

After clinching the No. 1 seed Sunday, Mahomes was asked if he preferred to play in Week 17 against the Chargers.

Sitting out would cost Mahomes a shot at a second 5,000-yard passing season in three years. Mahomes leads the league in passing yards and is averaging 316 yards per game. He is tied for second in the NFL in touchdown passes.

Henne last started an NFL game in 2014, when he played for the Jacksonville Jaguars. He has been a backup ever since and joined the Chiefs in 2018.

He is 5-for-6 for 30 yards with one rushing touchdown in two games for the Chiefs this season.

‘Teams are looking for a different type of big’: The Cavaliers have two
Pacheco hands Harrison first loss in PFL stunner
Rams’ Donald to miss first game due to injury
RFU ‘really disappointed’ with England results
Tulsa fires Montgomery as coach after 8 seasons