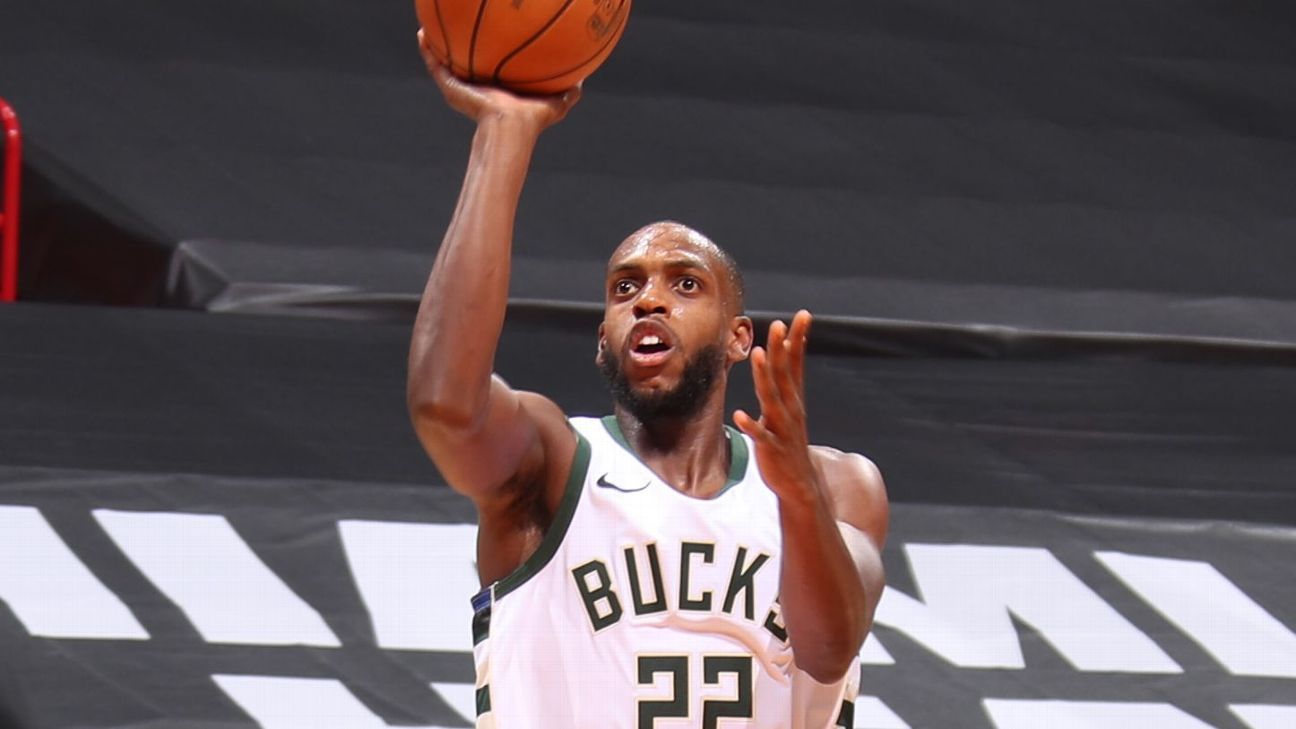 Snow might have been falling from the sky back in Milwaukee, but in Miami on Tuesday night, the Bucks were making it rain from beyond the arc.

Milwaukee set the single-game NBA record for 3-point field goals made, with 29 in a 144-97 victory over the Heat.

The only Bucks player to play in the game and not knock down a trey was reigning MVP and Defensive Player of the Year Giannis Antetokounmpo. His nine points were his fewest since Dec. 22, 2018, when he also posted nine points at AmericanAirlines Arena, that time in a Bucks loss.

Two years later, the results were much different as the Bucks blew out the Heat on the first night of a back-to-back series in Miami. Their 47-point win tied for the third-largest over a defending conference champion, according to ESPN Stats & Information research. It also tied for Miami’s largest home loss in team history.

“Some nights the basketball gods are with you a little bit, and it’s probably one of those nights for us,” Bucks coach Mike Budenholzer said.

The team finished 29-for-51 (56.9%) from behind the arc in the largest road win in franchise history.

Sam Merrill drilled Milwaukee’s record-breaking 28th trey at 6:07 in the fourth but didn’t find out what he had done until after the final buzzer.

“It’s exciting. Happened to be in the right place at the right time, happened to make the shot,” he said. “The way that we shot it Sunday night [in a 20-point loss against the Knicks], we kind of felt like we were going to have a great shooting night tonight. It’s pretty crazy the way everybody shot it so it was a lot of fun.”

Miami was playing without leader Jimmy Butler, who was ruled out with a right ankle sprain. Milwaukee native Tyler Herro led the Heat with 23 points and seven assists.

All-Star wing Khris Middleton continued his strong start for the Bucks with 25 points, five assists and four rebounds on 10-for-13 shooting while hitting 4-of-5 3s. Through the first four games, Middleton is averaging 26.7 points.

“It’s great to see, but I think that shows the trust in Giannis that he doesn’t have to put his head down and try to create the offense himself,” Middleton said. “He realizes that he has shooters around him. “If these guys see a crowd or two, three guys around him, he can find that open man.”

As the Bucks were getting closer to the record near the end of the fourth quarter, both Middleton and Lopez caught wind of the possibility through a strength and conditioning coach on the sidelines.

Although the win was more important, it was a great moment to experience together.

“I’ll be honest, I had my fingers crossed a little bit because it’s a cool record, but I was just happy to see all our guys clicking, moving and sharing the ball unselfishly and the ball going in,” Lopez said.