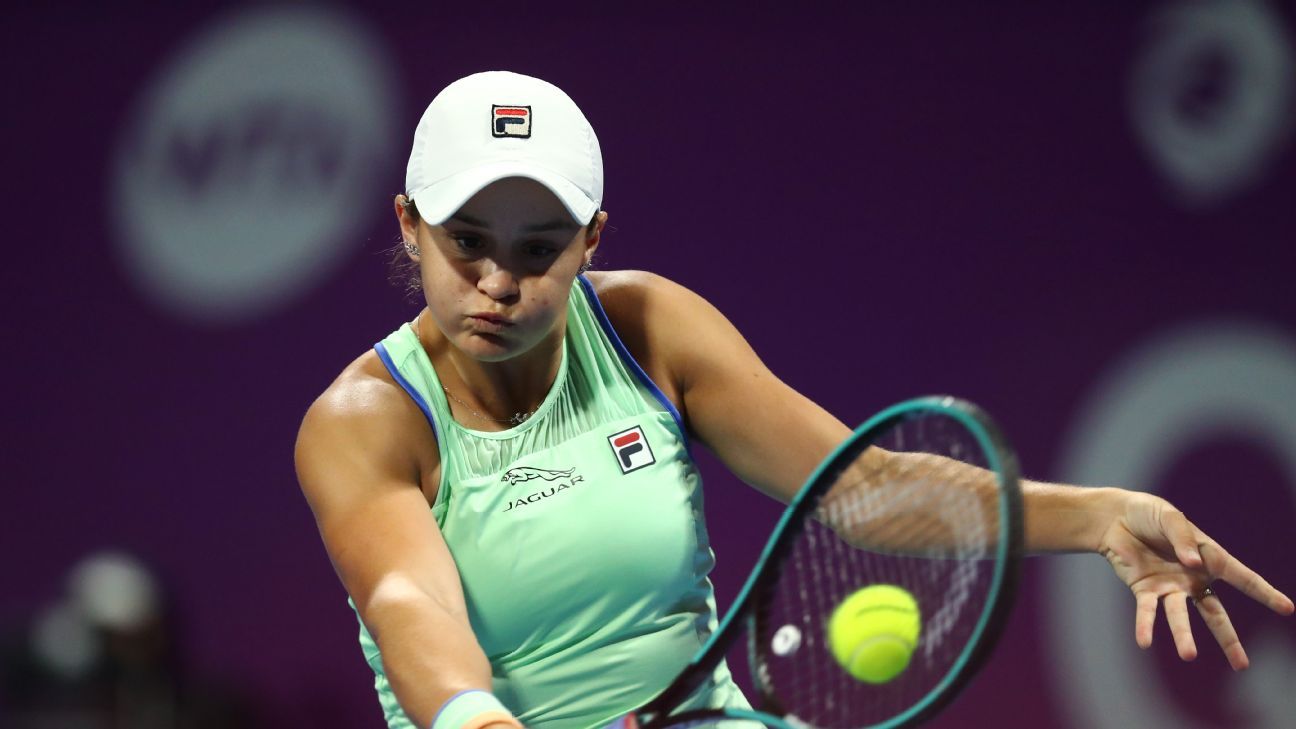 Women’s world No. 1 Ash Barty will partner U.S. Open semifinalist Jennifer Brady in doubles at the 2021 Australian Open in a high-profile pairing between top singles players, organisers announced on Wednesday.

Australian Barty played with now-retired German Julia Goerges in this year’s tournament in Melbourne, where they lost in the second round to eventual winners Timea Babos and Kristina Mladenovic.

Crowd favourite Barty’s singles run in this year’s tournament ended in the semifinals with a defeat to American Sofia Kenin, who went on to win her maiden Grand Slam title in Melbourne.

World No. 4 Kenin has changed her doubles partner for the 2021 edition of the Australian Open and will play with Swiss world No. 12 Belinda Bencic.

Hsieh Su-Wei and Barbora Strycova, who lost the 2020 final, are the top-ranked women’s duo for the Grand Slam, which has been delayed by three weeks due to Australia’s strict border rules to curb the spread of COVID-19 and will start on Feb. 8.

American Rajeev Ram and Joe Salisbury of Britain will return to defend their men’s doubles title with the field headlined by the top-ranked Colombian duo of Juan Sebastian Cabal and Robert Farah, who won the Wimbledon and U.S. Open last year.

Britain’s seven-time Grand Slam doubles champion Jamie Murray has also reunited with his former partner Bruno Soares after splitting last year and will look to replicate their 2016 success when they won the Australian and U.S. Open titles.