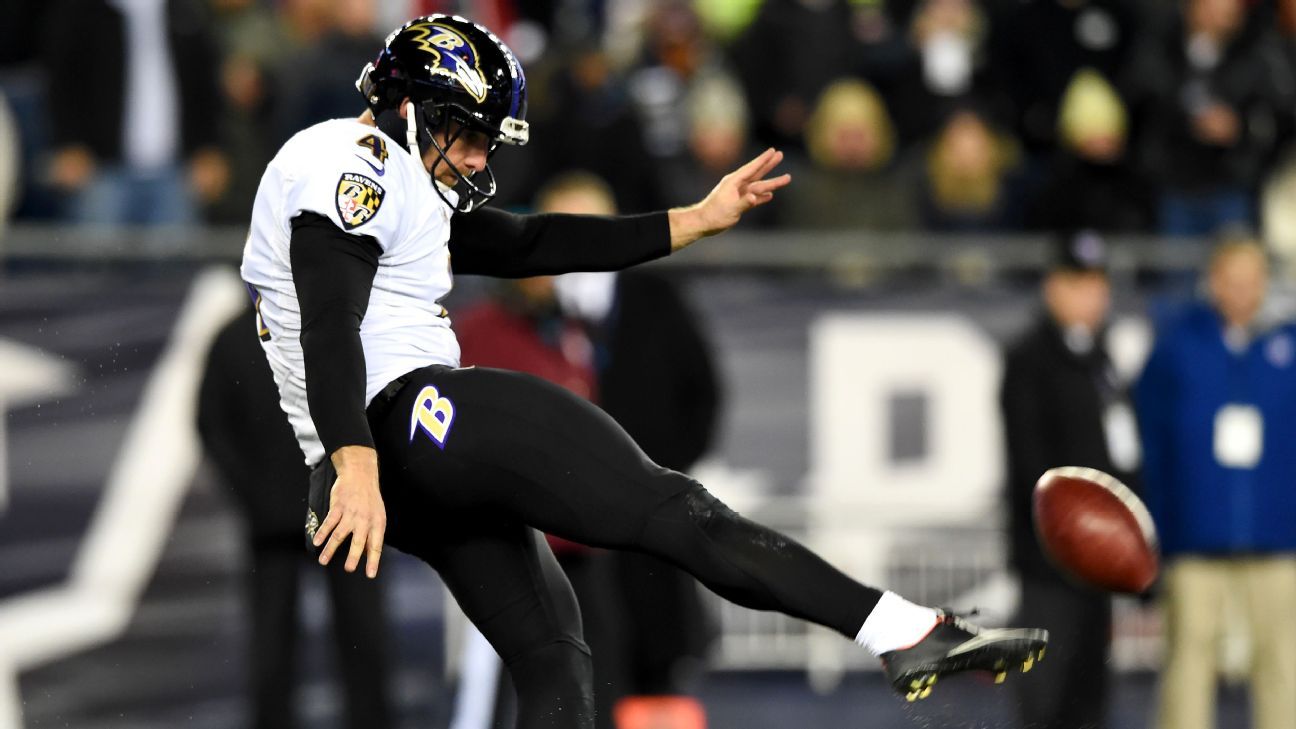 Koch was held out of Wednesday’s practice after his most recent COVID-19 test came back inconclusive, a source told ESPN. He has not missed a game since being drafted in the sixth round by the Ravens in 2006, playing in a franchise-record 239 straight games.

Further testing will determine how long Koch will be out.

The potential loss of Koch comes days before the Ravens’ critical season finale at the Cincinnati Bengals. Baltimore (10-5) can clinch a wild-card berth by beating Cincinnati.

If Koch is out, kicker Justin Tucker would likely replace him. Tucker averaged 40.5 yards on 155 punts at Texas.

The other issue is that Koch is the holder on extra points and field goals. Tight end Mark Andrews took some snaps as the holder in training camp.

Bears to start QB Peterman after Siemian injury
The case for three teams to sign OBJ: How the receiver makes the Cowboys, Giants, Bills better
Sources: Texas State fires Spavital after 4 years
Smith storms home for third Aust PGA title
Why a winter meetings frenzy could be brewing — and who could sign in San Diego