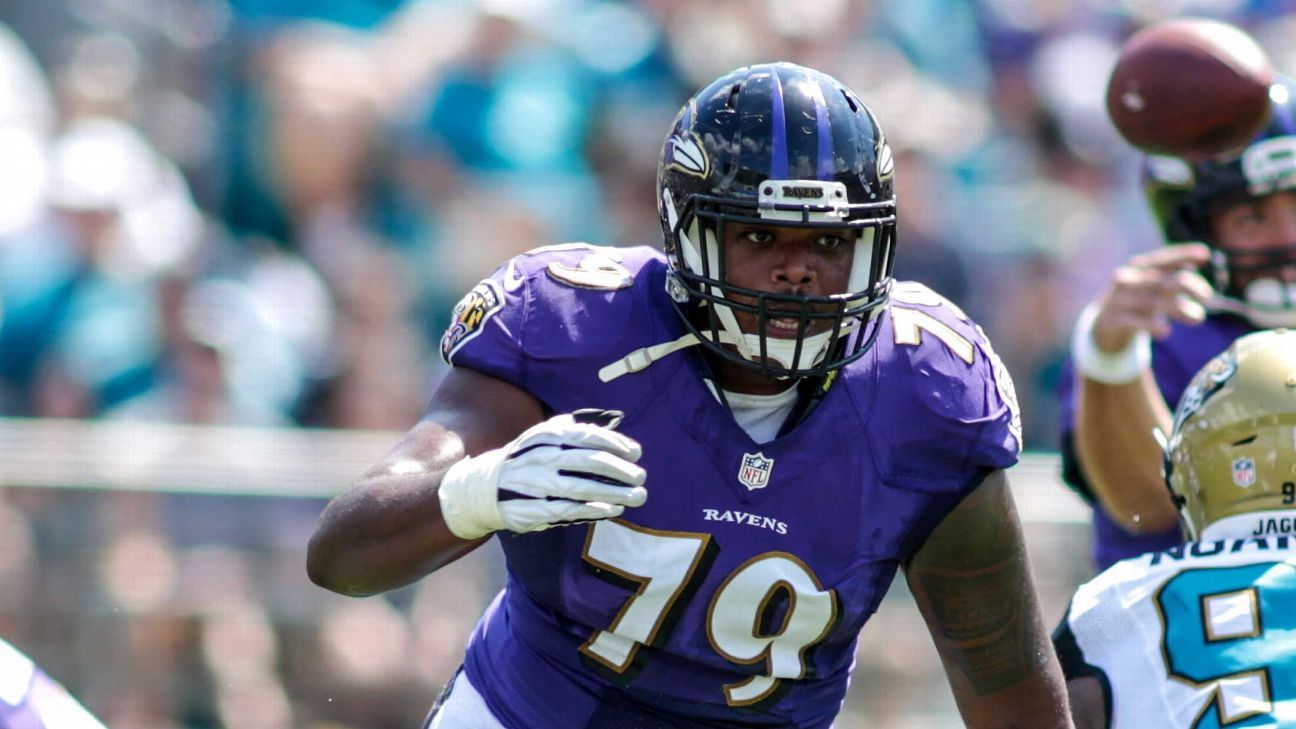 Last year at this time, the question surrounding Baltimore Ravens left tackle Ronnie Stanley was whether he would make his first Pro Bowl.

Now it’s legitimate to ask whether Stanley is going to get paid like no other non-quarterback in the NFL.

Stanley’s ascension to the top of his position comes as he enters the final year of his rookie contract and an enviable situation. The left tackle market suddenly became inflated while lacking a core of young and established blockers.

In addressing his contract situation this past week, Stanley said, “I definitely want to get paid my value and what I’m worth.”

Given that he’s a first-team All-Pro, Stanley is expected to surpass Houston’s Laremy Tunsil, who escalated the value for left tackles in April by signing a three-year contract that averages $22 million per season.

Coming off one of the best seasons by a left tackle in recent memory, Stanley could move past Chicago pass-rusher Khalil Mack ($23.5 million per season) and Los Angeles Rams defensive tackle Aaron Donald ($22.5 million) to become the richest non-QB in the league.

In protecting the blind side of NFL MVP Lamar Jackson, Stanley allowed six pressures, the fewest by an offensive tackle in 14 years. He was named Pro Football Focus’ Pass Blocker of the Year.

In opening holes for the NFL’s all-time single-season rushing attack, Stanley helped Baltimore average 7.2 yards per rush on the left side. In the past 15 years, only the 2018 Carolina Panthers gained more yards per carry on the left side (7.4).

Detractors will say no left tackle is worth that money (over half of the NFL’s starting quarterbacks are making less than $22 million per season) and that Stanley’s numbers are more reflective of how teams are reluctant to full-out blitz Jackson. Others feel the Ravens can’t spend on Stanley when three Pro Bowl players (cornerback Marlon Humphrey, tight end Mark Andrews and offensive tackle Orlando Brown Jr.) are scheduled to become free agents after the 2021 season and Jackson will likely be seeking a record-setting deal around that time.

Baltimore can keep Stanley at what amounts to be a bargain price for the next two years. Stanley is making $12.86 million in his fifth-year option this season, and he could receive the franchise tag at around $15 million in 2021.

Ultimately, the Ravens will have to make the tough decision: Give Stanley the biggest average-per-year deal in franchise history or search for his replacement.

It wasn’t until the Ravens used the No. 6 overall pick in the 2016 draft on Stanley did they stop the turnstile. He was solid in his first three seasons before his breakout year in 2019, which moved him to the top of a position that lacks a lot of star power.

The days of Ogden, Walter Jones and Joe Thomas are gone. The current top protectors of the blind side are Stanley and Green Bay’s David Bakhtiari.

Tunsil became the highest-paid left tackle because of leverage. The Texans traded two first-round picks and a second-rounder to the Miami Dolphins for Tunsil, and they couldn’t afford to let him walk.

So Tunsil received $4 million more per season than any other offensive tackle in NFL history. How much more will it jump with Stanley?

Last season, Tunsil allowed three sacks and committed a league-high 17 penalties, including 14 false starts. Stanley didn’t give up a sack and was flagged just four times.

To keep Stanley, it certainly looks like the Ravens will have to give him a contract that exceeds the $22 million-per-year deal signed by quarterback Joe Flacco in 2016.

If anyone needed a reminder about how much teams covet offensive tackles, five were taken in the first round in this year’s draft. The Browns, Jets and Dolphins all selected tackles in hopes of protecting young franchise quarterbacks.

The Ravens know the price it’ll take to keep Stanley shielding pass-rushers from Jackson. It’s just unknown whether they’re willing to pay it.