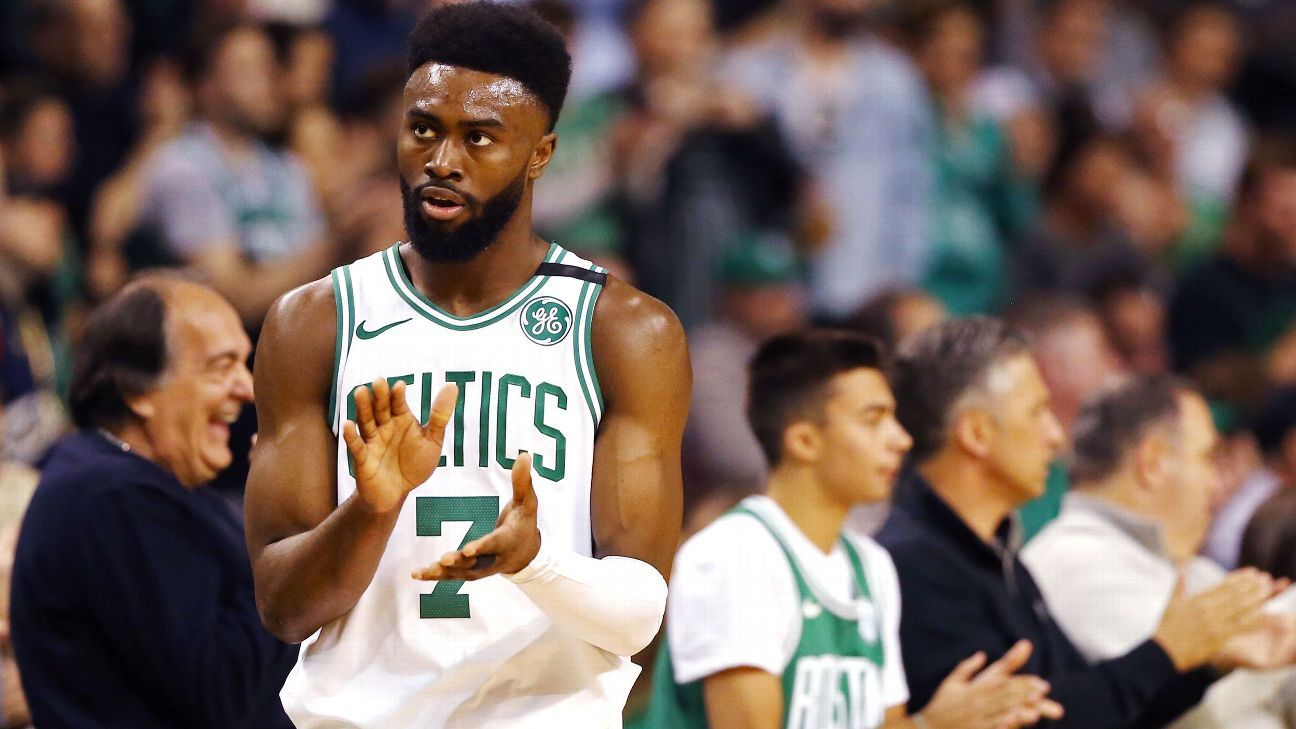 Brown, who streamed part of the march live via his Instagram account and also posted videos of speeches to his page, said during the livestream that he’d driven 15 hours from Boston in order to protest in Atlanta, which is about 20 minutes southeast of his native Marietta, Georgia.

“I drove 15 hours to get to Georgia, my community,” Brown said. “This is a peaceful protest. Being a celebrity, being an NBA player don’t exclude me from no conversations at all. First and foremost, I’m a black man and I’m a member of this community … We’re raising awareness for some of the injustices that we’ve been seeing. It’s not OK.

“As a young person, you’ve got to listen to our perspective. Our voices need to be heard. I’m 23 years old. I don’t know all of the answers. But I feel how everybody else is feeling, for sure. No question.”

Brown, who is a vice president in the National Basketball Players Association, marched with a megaphone while holding a sign that said, “I Can’t Breathe,” a reference to the death of George Floyd in Minneapolis on Monday.

Floyd, who is black, died after Derek Chauvin, a white police officer, kneeled on his neck for several minutes. Floyd’s death has shaken the Minneapolis community and sparked protests in cities across the United States.

Brown was joined by another NBPA VP — Indiana Pacers guard Malcolm Brogdon — as well as former first-round pick Justin Anderson, who played with Brogdon at Virginia and is currently in the G League with the Long Island Nets, and rapper Lil Yachty.

“I’ve got brothers, I’ve got sisters, I’ve got friends, that are in the streets, that are out here, that haven’t made it to this level, that are experiencing it, that are getting pulled over, just discrimination, day after day,” Brogdon told protesters in a video posted to Brown’s Instagram page. “Dealing with the same bulls—. This is systematic. This isn’t something where we come and … We don’t have to burn down our homes. We built this city. This is the most proudly black city in the world. In the world, man. Let’s take some pride in that. Let’s focus our energy. Let’s enjoy this together.

“This is a moment. We have leverage right now. We have a moment in time. People are going to look back, our kids are going to look back at this and say, ‘You were part of that.’ I’ve got a grandfather that marched next to [Dr. Martin Luther King Jr.] in the ’60s, and he was amazing. He would be proud to see us all here. We got to keep pushing forward. Jaylen has led this charge, man, and I’m proud of him. We need more leaders.”

Brown also tweeted Saturday night that three people who were part of the march were arrested, and in a follow-up tweet asked for their names.

The protest was just one of dozens across the country Saturday. Former NBA player Stephen Jackson, who was a longtime friend of Floyd’s, was part of a protest in Minneapolis on Friday alongside Minnesota Timberwolves center Karl-Anthony Towns and guard Josh Okogie.

Stroman set to ‘get to work’ with Cubs, he says
Mendenhall to step down after 6 seasons at UVa
Drake suffers ankle injury in Raiders’ loss to WFT
Sources: Giants QB Jones unlikely to play Sun.
Sources: GGG bout ppd. as Japan bars visitors