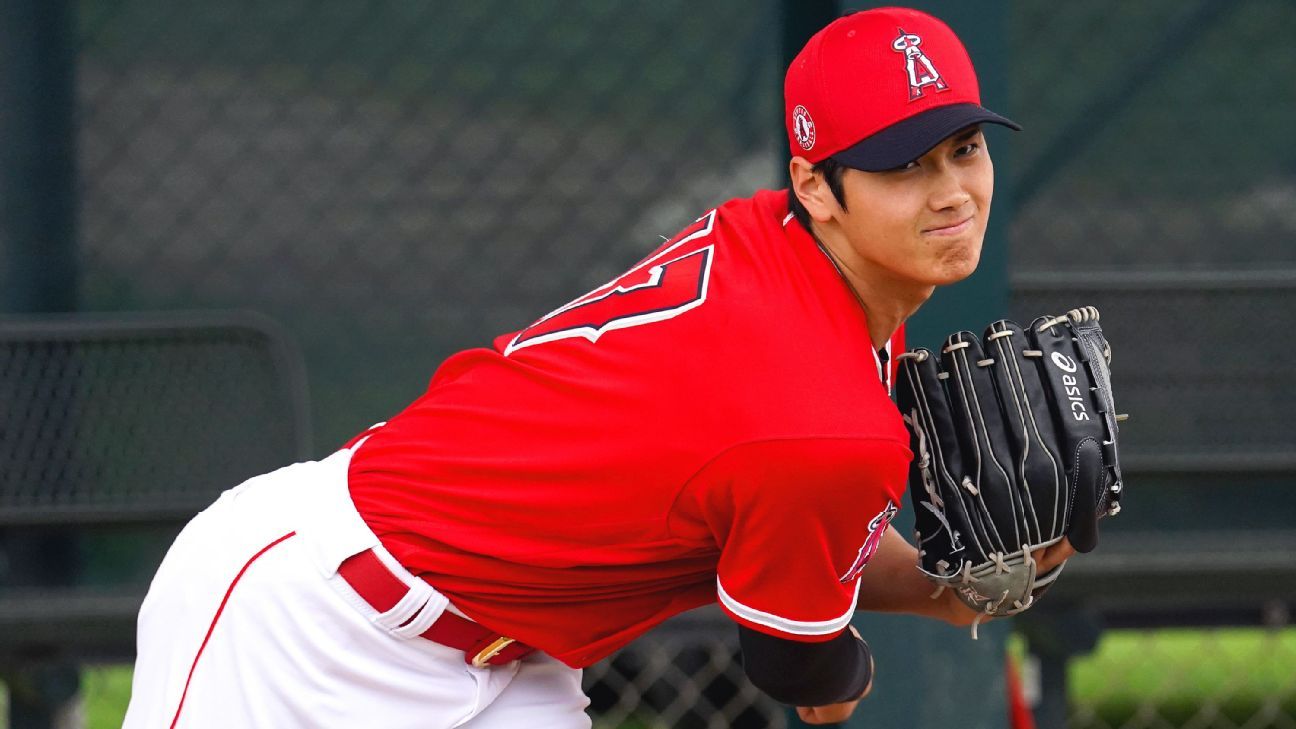 TEMPE, Ariz. — We should all take a moment, before salivating at the promise of the inimitable Shohei Ohtani, to commend general manager Billy Eppler for his restraint. Think about it. The Los Angeles Angels carry hopes of contention into this season, as evidenced by the $245 million addition of Anthony Rendon. But they understand, like the rest of us, that they’re at least one front-line starting pitcher away from becoming a serious threat. If you watched Ohtani pitch as a rookie in 2018, you quickly realized he had that type of potential. And yet Eppler — whose contract is entering its final season, and who might remain GM only if the Angels reach the playoffs — is playing it slow, even though Ohtani wants to go fast.

As part of their introductory presentation to first-time minor leaguers, the Angels narrow a player’s career down to two different types of pain — the pain of discipline and the pain of disappointment. The pain of discipline involves the daily sacrifices made to achieve a greater goal, such as getting proper sleep, eating right and staying hydrated. The penalty for not enduring that pain, the Angels preach, is the pain of disappointment — of not reaching goals, of not making it to the big leagues, of not maximizing potential. Eppler attempts to apply this mantra to himself, while handling the most unique baseball player in a century. 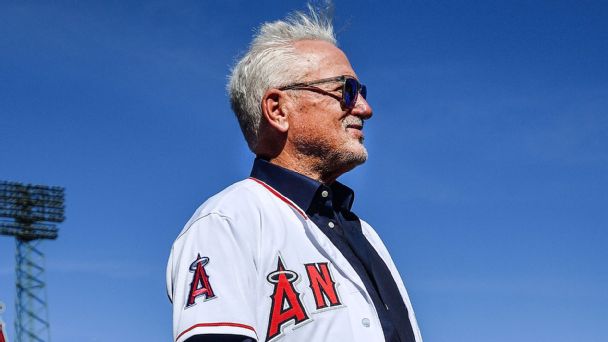 As he embarks on his first spring training as Angels manager, Joe Maddon opens up about his departure from the Cubs and his fresh start in L.A. Alden Gonzalez

From the start of April to the end of May 2018, a 23-year-old Shohei Ohtani, having spent his entire life in Japan, proved that he was capable of flourishing in a two-way role not seen since the days of Babe Ruth. On the mound, he posted a 3.18 ERA and struck out 57 batters in 45⅓ innings, boasting a fastball that often reached triple digits and a splitter that looked impossible to hit. In the batter’s box, he managed a .955 OPS and 14 extra-base hits in 112 plate appearances, displaying easy power and surprising speed.

But then, a week into June, Ohtani’s UCL gave out, robbing the sport of its greatest spectacle. Ohtani wound up winning the American League Rookie of the Year Award and put up 137 wRC+ from 2018 to 2019, a mark topped by only 16 players with at least 750 plate appearances during that span. But half of his skill set went mostly idle. Now, after undergoing Tommy John surgery, then recovering from knee soreness that halted the late stages of his throwing program, Ohtani is ready to resume doing what was long considered impossible at baseball’s highest level — with clear limitations.

Ohtani will not begin the season in the rotation, partly because a minor knee operation forced him to finish his throwing program late last year and partly because the Angels prefer to limit his innings on the front end. A new rule that designates two-way players allows someone like Ohtani to remain on his rehab program as a pitcher without having to go on the injured list, thus allowing him to contribute as a DH in the meantime. The Angels will take advantage of that through April.

When Ohtani does return — roughly six weeks into the start of the season — he will pitch once a week, not every five games, which means the Angels will technically field a six-man rotation. Initially, at least, he will not be in the lineup the day before or the day after his starts. Hitting on the day of his start, an idea floated by new manager Joe Maddon, will not occur unless the Angels are playing in a National League park.

Even with all those parameters in place, Ohtani will be on track for about 20 starts as a pitcher and at least 100 games as designated hitter.

It’s enough for him to make a major impact both on the mound and at the plate.

“I’m really looking forward to it,” Ohtani, speaking through an interpreter, said of returning to a two-way role. “I came over here to do this and I wasn’t able to do it last year, so I’m excited to try to get it back on track.”

Maddon believed long ago that it was only a matter of time before someone like Ohtani came along. He tried molding a two-way player himself while coaching in the Angels’ minor league system in the early 1990s. The team had a left-handed pitcher named Deshawn Warren who was also skilled with the bat and could run like a deer. Maddon had Warren do the 60-yard dash with the position players one spring and watched him beat everybody. He thought Warren could occasionally DH, perhaps even play a little center field when needed.

Maddon made his pitch to Danny O’Brien, the Angels’ GM at the time, but the idea was squashed in an era when position players hardly even changed positions. The sport was not ready for something that seemed so unconventional. Still, Maddon considered two-way players an inevitability. He sat with Ohtani when the Chicago Cubs tried to recruit him three offseasons ago and noticed a young man who had the commitment to match the talent. Over the past two years, as Ohtani seemed to breeze through major league competition, Maddon tried his best to watch him. He noticed “a tension-free, effortless kind of athlete.”

“Those are the guys you’re always looking for because normally that skill set continues to get better,” Maddon said. “It normally does. And it takes a long time for it to regress.”

Ohtani, now 25, got his first driver’s license over the offseason, but still hasn’t driven by himself and has hardly even considered venturing onto the highway.

Driving was hardly necessary for him in Japan. Players must live in dormitories during their first four years in Nippon Professional Baseball, after which they are free to find their own place. Ohtani chose to stay in his dorm for his fifth and final year in the NPB because it was closer to the facility and it allowed him to narrow his focus. Eppler learned this during the recruiting process and considered it a testament to Ohtani’s commitment to baseball.

In 2018, Ohtani’s talent and commitment quickly became obvious to those in the Angels’ clubhouse. By 2019, after growing more comfortable with the culture and language, Ohtani began to reveal himself as a prankster with sharp comedic timing. Some teammates found him hilarious.

In the meantime, though, Eppler believes Ohtani’s competitiveness has been underappreciated.

It showed in the battery of conditioning tests Angels players go through so that the training staff can determine a baseline for their fatigue levels. Most of the players get competitive with the tests, but Ohtani took it to a different level. He performed poorly the first year, largely because a lot of the drills were foreign to him. By the second year, he was finishing within the top 10% in practically every category. Eppler was stunned. He learned that Ohtani researched the proper techniques for the drills on YouTube and practiced until he mastered them.

Don’t wait until it’s too late! Baseball’s Opening Day is Thursday, March 26. Will you be ready?

Create or join a league today >>
Everything you need to compete >>

“He got really good at all of them — all the med balls, the jumps, everything,” Eppler said. “It stood out.”

Eppler made a serious run at free agent Gerrit Cole this past offseason, but watched him sign a nine-year, $324 million contract with the New York Yankees. Cole was born and raised in Orange County, but he grew up a Yankees fan and made it clear that his goal was to give himself the best chance at winning the World Series. Many, including Angels owner Arte Moreno, considered the pairing a fait accompli.

“You knew, no matter what I bid, we were gonna get outbid,” Moreno said.

The Angels pivoted to Rendon, then failed to acquire Corey Kluber and basically bypassed the second layer of the free-agent market for starting pitchers, instead trading for Dylan Bundy and signing Julio Teheran — two durable-yet-uninspiring arms who will join the rotation alongside Andrew Heaney and Griffin Canning. The Angels have maintained the payroll flexibility and prospect capital to add a top-of-the-rotation starter before the July 31 trade deadline, but true aces are rare and often unavailable.

“I’m excited about Ohtani and really excited he feels great,” Moreno said. “They’re letting him throw and hit and run. He’s wide open. That’s like getting a free agent.”

Patrick Mahomes and the most important quarterback battle in football history
Eagles’ offense fires on all cylinders in first half vs. Giants
Sky Sports to broadcast all World Cups in UK from 2024-2031
LeBron Game 7 Finals jersey auctioned at $3.7M
PGA Tour seeks to add Saudi fund to LIV lawsuit