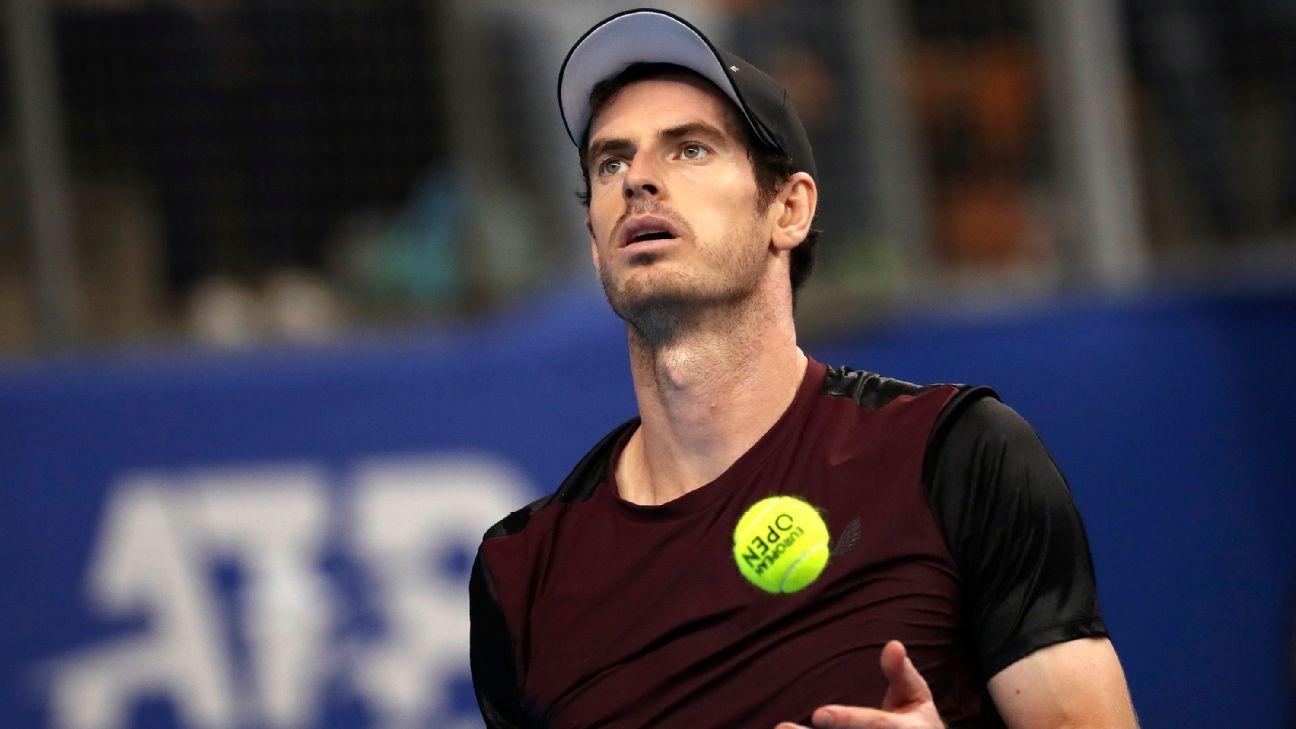 Andy Murray‘s hopes to return to the ATP Tour at the Miami Open aren’t exactly dashed, but they appear on hold. Murray is dealing with a side effect from a recent hip resurfacing and it might require him to undergo a surgery — again.

“I have not had lots of clarity as to what the issue actually is, because it is difficult to tell,” Murray told the BBC, referring to the discomfort he has been subject to during his comeback from a bruised pelvic bone. The injury has kept him out of action since he won his first — and only — Davis Cup match in Madrid in November. If he opts for surgery, it could keep him out of Wimbledon as well as the Olympic Games.

Murray, now 32 and the defending Olympic gold medalist for the upcoming Tokyo games, had targeted the upcoming Miami Open (it begins on March 25) as his comeback event. The former world No. 1 and two-time Wimbledon champ missed the Australian Open due to the pelvic injury. He has won just one tournament since 2017, last October’s Antwerp Open. His ranking has plummeted to No. 130.

The new complication in the famously complicated British player’s career is a “heterotopic ossification,” or an unexpected bone growth in the soft tissue around the new metal hip implanted early in 2019. Murray returned to the tour in June, playing doubles, and made his singles debut later in the summer at the Cincinnati Masters. He compiled a 10-4 record in singles before withdrawing from the Davis Cup.

The impact the bone growth will have on Murray’s tennis future is uncertain. If Murray opts for surgery at this stage, the bone might grow back. If he tries to manage the situation for a few months but the bone continues to grow and increase his discomfort, he might be forced to have an operation. Murray said of his prospects: “It’s just whether that [the new bone growth] settles with time and the body gets used to it, and whether you are able to manage it when playing.”

Murray’s main concern, career-wise, is strategic. If he opts to do nothing but manage the discomfort he feels, he might be incapacitated a few months down the road and require surgery.

“If I have to have that [growth] removed because it is what is causing the problem, then that is a pain,” Murray said. “It’s not that long an operation really in terms of the rehab and stuff. But it’s just if I wasn’t able to have it until May or whatever, with six to eight weeks’ rehab, then that would mean missing that period.”

Murray has a special affinity for Miami, where he keeps a home and has used it as a base for out-of-competition training. He is clearly frustrated by this unexpected, tricky turn of events.

“From chatting about it, I feel it’s [coming across as] really negative,” he said. “The negative thing for me would be if something really bad was wrong with the prosthesis (his resurfaced hip). But there hasn’t been any problem with that at all.”

“I might be playing in the next few weeks. That’s what I hope, but over the last couple of years, I have become quite pessimistic about time frames and stuff because of what has gone on, and what has been said to me.”

T20 franchise commitments leave England short-stocked for ODI tour of Bangladesh
Rui Hachimura pays tribute to Kobe and Gianna Bryant with No. 28
Why the transfer window should be abolished: chaos for clubs, a playground for agents
Which Canucks and Islanders benefit from the Bo Horvat trade?
European Track Championships: Elinor Barker and Katy Marchant back for Great Britain