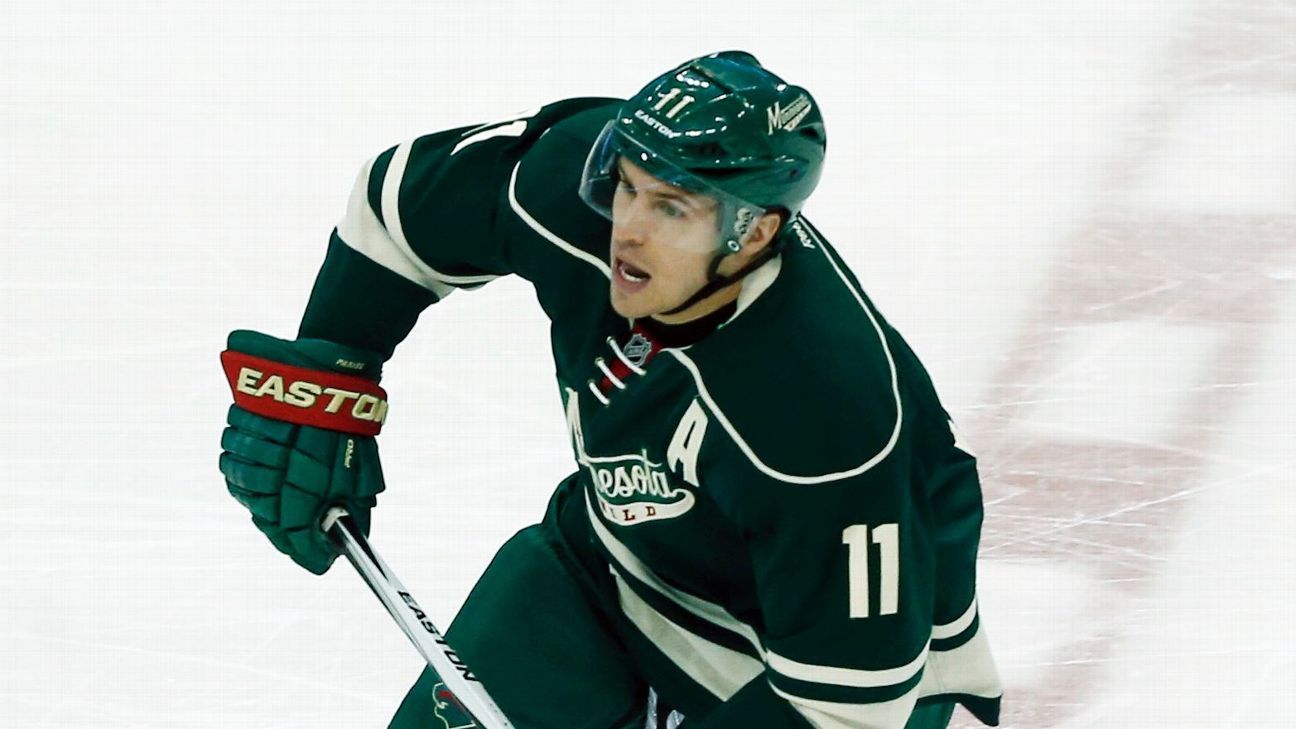 ST. PAUL, Minn. — For the past week, Zach Parise was carrying some extra weight with him around the ice: The Minnesota Wild were actively talking about trading him.

Now that the deadline has passed, relieving Parise’s stress and ensuring he will complete an eighth season in his home state of Minnesota, the standout left wing can better focus on trying to help the Wild return to the playoffs. Beyond that, though, his future with the organization has obviously become uncertain.

“Those games were hard to play. You just don’t know. Once it gets brought up to you, in your mind you’re thinking, ‘Am I leaving tomorrow? What’s going on here?'” Parise said Tuesday, before the Wild hosted the Columbus Blue Jackets. “Now that that’s over, we can just worry about here and winning and getting ourselves into that wild-card spot.”

Wild general manager Bill Guerin, who’s in his first year running the team, took the uncommon approach of publicly acknowledging Monday after the deadline that he had discussed a deal involving Parise.

The wrinkle with a potential deal involving Parise is that he has a no-movement clause in his contract, requiring him to approve any trade. More transparency, thus, is necessary from the front office regarding such discussions. Guerin approached him a week ago while the team was on the road, Parise said, with the possibility. Parise declined to confirm whether he told Guerin he’d waive the no-movement clause, but had he indicated disinterest the talks surely would’ve ended then.

That’s probably why Parise was choosing his words carefully as he took questions from reporters Tuesday, realizing that acknowledging a willingness to leave could make for an awkward stay for however much longer he’s with the Wild.

“I don’t know how close it got. I really don’t,” Parise said. “I love it here. I always have. My goals here haven’t changed: It’s to help this team. I’m not disappointed by any means that I’m here. I really enjoy playing here.”

When Parise and his longtime pal, defenseman Ryan Suter, simultaneously signed identical 13-year, $98 million contracts with the Wild on July 4, 2012, the profile and expectations of this frequently middling franchise were instantly heightened.

The additions sparked fervor anew in an already fervent fan base and laid the foundation for a sellout streak that reached 230 straight games, until ending on Oct. 20 in the second home game of this season. The Wild made the playoffs in each of the first six seasons with the Parise-Suter duo, but that run ended in 2019. They’re below the cutoff again this year, too, in 11th place in the Western Conference and five points out of a spot. Since Parise and Suter arrived, the Wild have only won a playoff series twice and never advanced past the conference semifinals.

Parise again has the most goals for Minnesota (21) this season, the fifth time in eight years he has led the Wild in scoring. He was one goal off the team lead in his second season (2013-14), too. That’s been part of the problem, though: Parise has long been a workmanlike scorer, excellent at rebounds and redirects while always willing to muscle his way into traffic against bigger defenders, but he’s not the type of player who can take over a game or consistently create chances for others. The salary-cap space taken up by Parise and Suter has ultimately made it more difficult to build a contender around them.

The 35-year-old Parise, as he’s skating toward the end of his 15th season in the NHL, has not been shy about voicing his heightened urgency to win a Stanley Cup. Just because the Wild didn’t trade him this week, that doesn’t mean Guerin wouldn’t take another crack at it in the summer.

“There are certain moves that just require more time and a little more detail,” Guerin said, speaking generally about the seed-planting process that deadline-week discussions can initiate. “Sometimes you want to get through a season with a player and revisit it. You’re not unhappy with him, but you could see the potential return you could get, so you revisit it. Like I said, we’ll handle that at the end of the season.”

As for any disappointment in not completing the deal?

“Not at all. I’m actually kind of excited to see what this group can do,” Guerin said. “I’ve said all along that they’re getting an opportunity, a longer leash.”