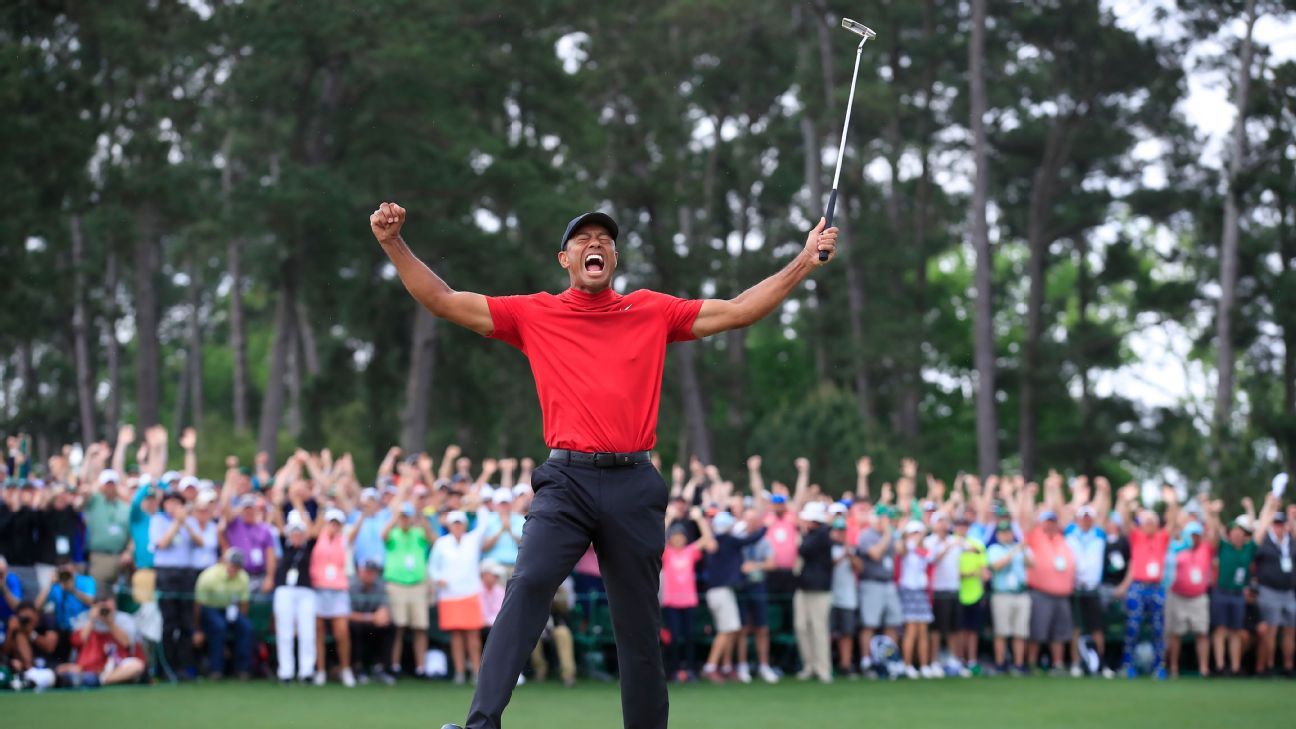 With the PGA Tour now in Florida, Tiger Woods said Tuesday that “it feels like the Masters is right around the corner.” It is just six weeks away, and Woods said he’s been thinking about his pursuit of a sixth green jacket since returning from the Presidents Cup in Australia.

But the majority of a 30-minute conference call with reporters was spent diving into the details of his 2019 victory at Augusta National, his fifth major title and 15th overall – and the abundance of reaction in the aftermath.

“I had an amazing amount of emails and texts that flowed in,” he said. “But I was more surprised by the amount of videos of people watching the Masters, and seeing their reactions, like when I hit the shot on 16. Or when I made the putt. From airplanes, airports or restaurants. That part of it. I’m on the other side of it. I’m out there hitting the shots.

“Seeing the amount of reactions and people who were riveted by the Masters. The amount of emotion people were showing. That’s what blew my mind. I didn’t think that many people would be moved that way.”

Another big takeaway for Woods: having his kids, Samantha and Charlie, on site for the win.

“What made it so special is they saw me fail the year before at the British Open,” Woods said of his 2018 tie for sixth at Carnoustie. “I got the lead there and made bogey, double-bogey and ended up losing to Francesco (Molinari). .. to have them experience what it feels like to be part of a major championship and watch their dad fail and not get it done. Now to be a part of it and get it done. It’s something they’ll never forget. To have it completely flip in less than a year and be fresh in their minds.

Woods, who has played twice in 2020, with a tie for ninth at the Farmers Insurance Open and a 68th-place finish at the Genesis Invitational, offered no information on when he will play again. Next week’s Arnold Palmer Invitational, followed by the Players Championship, would be logical possibilities. Two weeks after The Players is the WGC-Dell Technologies Match Play Championship.

Having dealt with back stiffness during the Genesis Open, Woods decided to skip last week’s WGC-Mexico Championship, where he tied for 10th a year ago. He has until Friday to enter the Arnold Palmer Invitational – which he did not play a year ago but where he has won eight times.

“The plan is to prepare the same way,” he said. “It worked last hear. I’ve got a blueprint for what I need to do. Hopefully I can have the same feelings.”

Woods did have one big reveal: the menu for his Tuesday champions dinner. Three years ago, he attended that dinner in pain, wondering if his career was over. Now he’ll preside over the traditional evening for the fifth time.

“Born and raised in Southern California, and with it playing a part of my entire childhood, we’ll be having steak and chicken fajitas, plus sushi and sashimi out on the deck. We’re still debating milkshakes.”

Woods said it’s the same thing he had planned for the 2006 dinner, the last time he hosted. As for the milkshakes, that was part of the menu in 1998 after his first win.

Fantasy 30: Updates on LeBron James, Trae Young and Nikola Vucevic
LeBron, Giannis voted as All-Star Game captains
Bills’ Hamlin encouraging people to learn CPR
‘You only fight him because you have to’: Why nobody wants to get into the ring with light heavyweight champion Artur Beterbiev
Late Mitoma goal sends Liverpool out of FA Cup