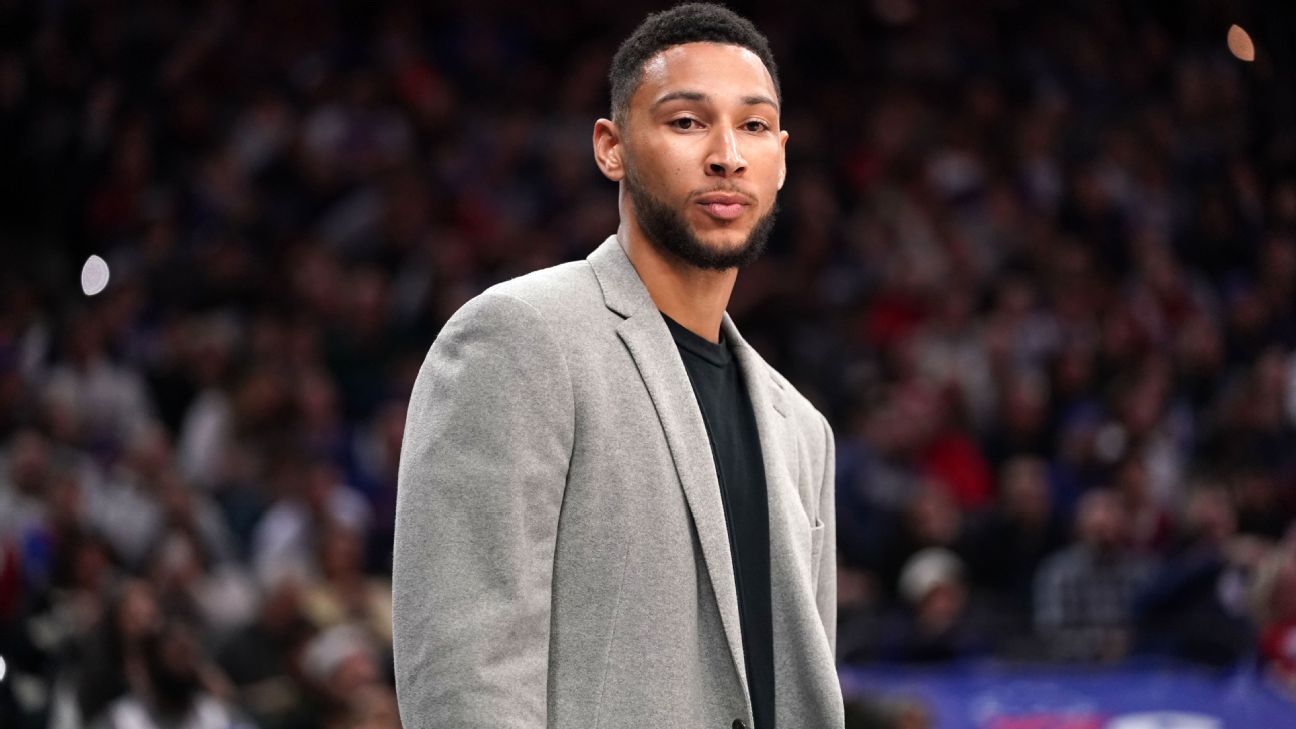 Philadelphia 76ers star Ben Simmons has a nerve impingement in his lower back and is expected to be sidelined for an extended period of time, league sources told ESPN on Tuesday.

Simmons is undergoing treatment and will be reevaluated in two weeks, but there’s little expectation that he will be close to a return to the Sixers’ lineup at that 14-day benchmark, sources said.

The Sixers and Simmons plan to be cautious with the guard’s back injury, and the organization is preparing to play an extended period of time without him, sources said.

There is no timeline on a return, but doctors are hopeful that treatment can help the nerve impingement over time.

Simmons, 23, left the loss to Milwaukee on Saturday after suffering the injury while scoring a layup with eight minutes left in the first quarter — an injury that wasn’t related to the stiff back that had kept him out of a game last Thursday.

Simmons is averaging 16.9 points, 7.9 rebounds and 8.3 assists this season. The 76ers, currently the fifth seed in the Eastern Conference, finish the regular season April 15.

Without Simmons, the Sixers will continue to rely heavily on Joel Embiid, their remaining All-Star. Embiid had a career-high 49 points to go along with 14 rebounds, 3 assists, 3 steals and a block while shooting 17-for-24 from the field and 14-for-15 from the foul line in Philadelphia’s 129-112 win over the Atlanta Hawks on Monday night.

“[Embiid] knows it more than I can say it,” Sixers coach Brett Brown said after Monday’s victory of the need for Embiid to remain aggressive while Simmons is sidelined. “We talked a little bit about it. With the sort of news of Ben, and him not being there, it’s clear he’s got to come out and he’s got to play like he did tonight for the most part.

“Nobody is asking him to get 50 a night, for the most part, but his mentality is the thing that most impressed me.”

Being without Simmons also has created an opportunity for Al Horford to find a level of comfort within Philadelphia’s system that, to this point, has been missing since he signed a four-year, $100 million deal to join the Sixers as a free agent last summer.

Horford had been benched for the three games prior to Monday’s against Atlanta. But with Simmons out, Horford is the team’s best remaining passer, and thus Brown slid him back into the starting five.

He played alongside Shake Milton, the second-year guard who got the first start at the point with Simmons out and finished with 7 points, 5 rebounds and 6 assists in 26 minutes, and was tied for a team-high plus-21 against Atlanta.

“I thought it went well,” said Horford, who had 7 points, 8 rebounds and 5 assists in 31 minutes. “I thought we moved the ball, played with a little more pop. It was good.”

The Sixers next play in Cleveland on Wednesday, before hosting the New York Knicks on Thursday. They then will head out West for a four-game trip through California, beginning with games at Staples Center against the LA Clippers on Sunday (3 p.m. ET, ABC) and the Los Angeles Lakers on Tuesday.

Information from ESPN’s Tim Bontemps was used in this report.