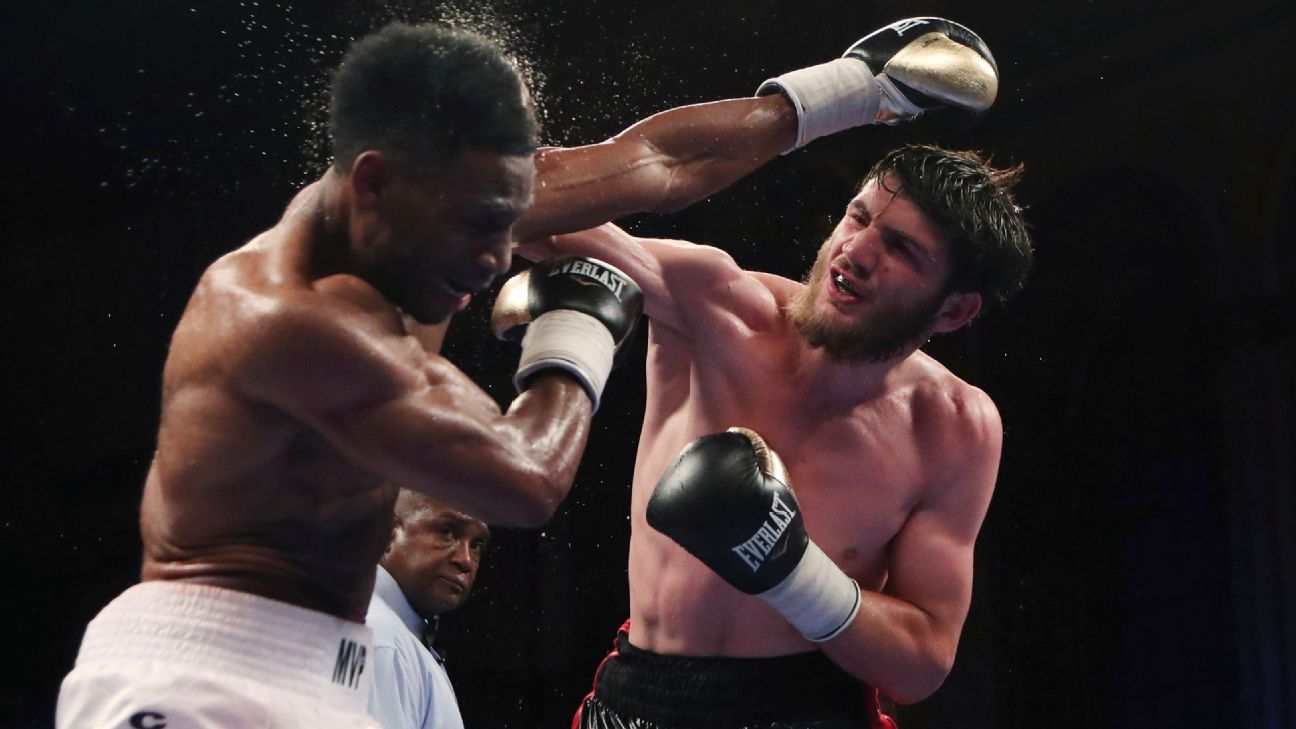 Top Rank, already loaded with top fighters in the light heavyweight division, has added another 175-pounder to its stable, announcing Tuesday that it has signed contender Umar Salamov to a multifight promotional agreement.

Salamov is due to make his Top Rank debut on a date to be determined in the early summer, when he likely will face Russian countryman Maxim Vlasov in a semifinal world title elimination bout that was ordered on Jan. 20.

“Umar is a gentle giant of a young man, an excellent fighter who has only begun to tap his immense potential,” Top Rank chairman Bob Arum said. “With [trainer] Kevin Barry in his corner, he is in great hands. The light heavyweight division is on fire and Umar is ready to add his name to the championship mix.”

Salamov (25-1, 19 KOs), 25, who is based in Las Vegas, has won six fights in a row, five by knockout. In his most recent bout, he stopped Emmanuel Danso in the third round in his hometown of Grozny, Russia.

“Now approaching the biggest time in my career, I am excited and very pleased to be signing with the world’s top boxing promoter, Mr. Bob Arum and Top Rank,” Salamov said. “I am confident that I now have the right team to take me all the way to a world championship. This opportunity is huge, and I plan on making the most of it.”

Salamov is trained by well-known trainer Kevin Barry at his gym in Henderson, Nevada.

“At 25 years old, Salamov is a tremendous talent. At 6-foot-3½, he is a huge 175-pounder,” said Barry, who also trains former heavyweight world titlist Joseph Parker, among others. “His power and unorthodox style make him a difficult and dangerous challenge for any of the top light heavyweights. This is a very proud Chechen from a long line of battle-hardened fighters.”

While Top Rank aims to make a deal for the Salamov-Vlasov bout, the Ramirez-Alvarez eliminator is unlikely to come off.

Last Thursday, Top Rank won the purse bid in Las Vegas to gain promotional rights to the fight. It was the only bidder at $350,000. Ramirez, who is promoted by Top Rank, is entitled to 50 percent ($175,000) but is not taking the fight. He has been on the outs with the company, which has offered him seven-figure purses for fights but the offers were turned down.

Former world title challenger Smith (25-3, 20 KOs), 30, from Long Island, is coming off a split decision over contender Jesse Hart on Jan. 11, after which Arum and Smith co-promoter Joe DeGuardia of Star Boxing both said they hoped to make a fight between Smith and Alvarez.

Hachimura on staying with Wizards: ‘Don’t know’
USMNT turn eye to next generation as Brandon Vazquez, Cade Cowell shine in Serbia loss
Purdue returns to No. 1 in AP poll; Bama No. 2
Six Nations chief: Not looking to add Springboks
Mancini willing to play wherever Cubs want him