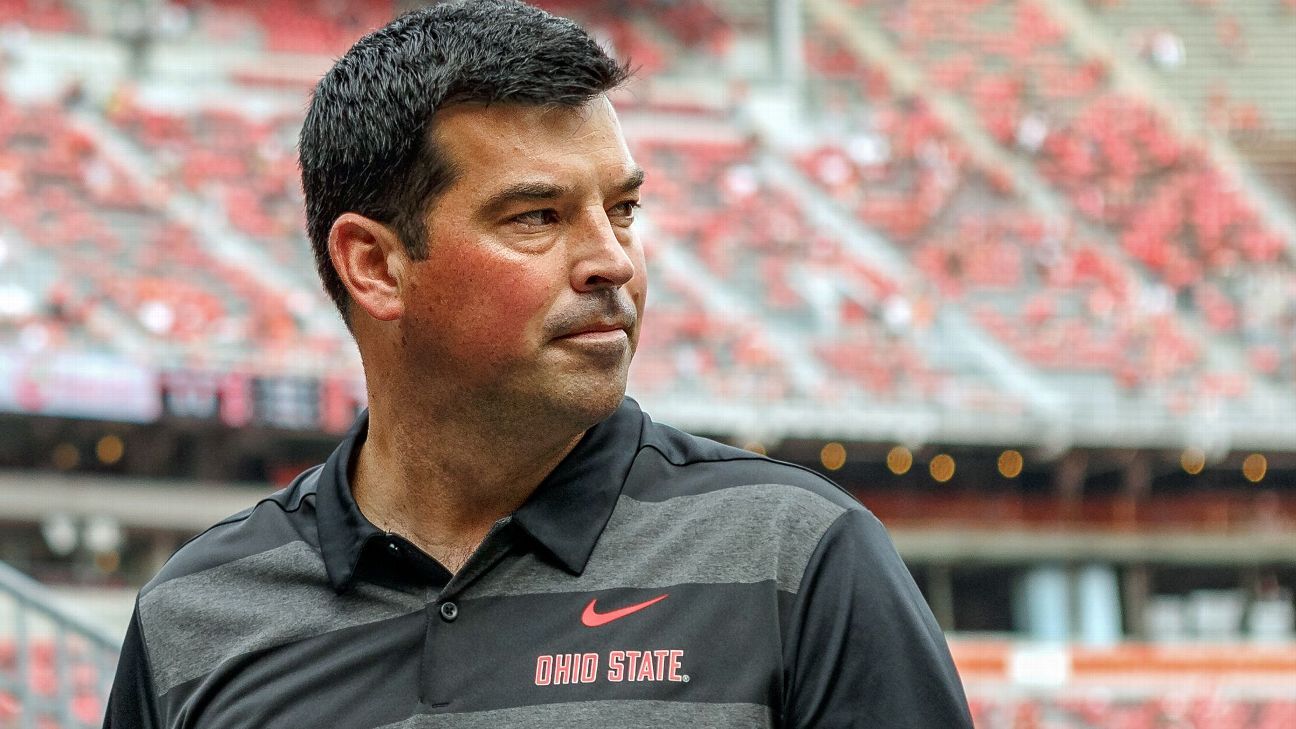 Ohio State football coach Ryan Day will receive a three-year contract extension pending approval by the Board of Trustees, the school announced.

Day, 40, was named head coach in December, 2018, replacing Urban Meyer. At the time, he was given a five-year contract worth $4.5 million per year.

Days compensation for his extension has yet to be determined.

Ohio State was 13-1 in Day’s first full season with the Buckeyes, that included winning the Big Ten championship.

He is 16-1 overall at Ohio State. While offensive coordinator, he won three games as interim coach during Meyer’s three-game suspension to start the 2018 season, for mishandling domestic assault allegations made against former Buckeyes assistant coach Zach Smith.

They lost to Clemson in the College Football Playoff semifinals.

Ryan Day’s management of this football program, from mentoring and leading our student-athletes in their academic pursuits and off-field endeavors to coaching them on the playing field, has been exceptional,” athletic director Gene Smith said.