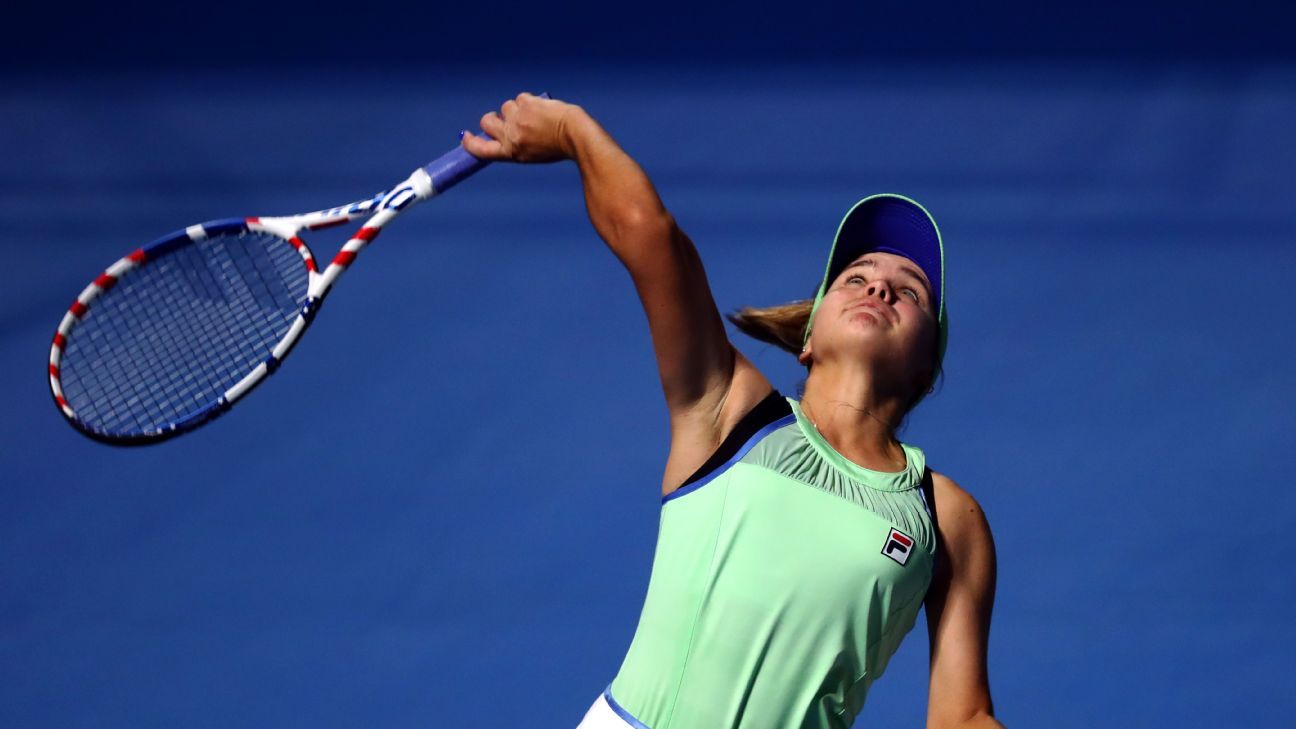 Australian Open champion Sofia Kenin crashed out of the Qatar Open on Tuesday, suffering a straight-sets defeat to Dayana Yastremska.

Kenin’s serve was broken early in the first set and the American failed to recover as her Ukrainian opponent claimed the frame 6-3.

Kenin, 21, started the second set stronger by breaking Yastremska’s serve for a 2-0 lead, but was soon broken twice herself.

World No. 5 Kenin broke back as the pair battled towards a tiebreak, and it was Yastremska who emerged victorious in the back-and-forth decider for a 6-3, 7-6 (4) win.

Two-time Wimbledon champion Petra Kvitova also secured her spot in the next round, coming from behind to beat Spain’s Carla Suarez Navarro 4-6, 6-3, 6-0.