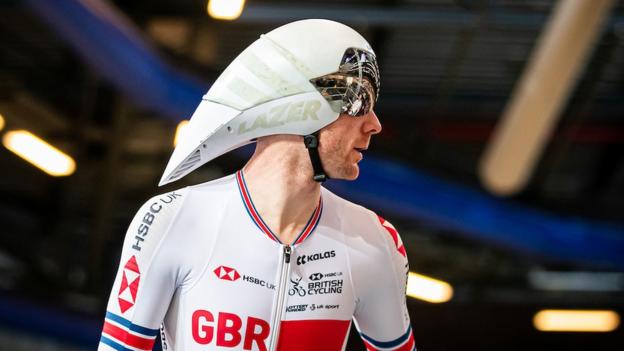 This week’s World Championships “could be tricky” for Britain’s team pursuit squad says Ed Clancy, but the Olympic champion maintains the focus is on the “bigger picture” of Tokyo 2020.

GB, including Clancy, have won the last three Olympic titles in the event.

But Australia have established themselves as the dominant force since Rio 2016 and are favourites to win gold at this week’s Worlds in Berlin.

“In an ideal world, we’d be sat on top of the pile but the reality is, right now, I think we’re behind those guys and it could potentially be a tricky World Championships for us.

“But that won’t change anything as we head towards Tokyo. We know we’ll do a better performance there, as we have done in the past.”

Clancy, also a six-time world champion, says it is a “golden era” in men’s team pursuit but admits the squad have had to “temper emotions” heading into the championships.

“You won’t necessarily see the fruits of all our hard work in the next week or two but in five months’ time we’re going to see some good stuff and I think we’ll do some performances that the British public can be proud of once again,” he said.

“If I could have it my way, we’d have the ability, the talent and the resources to win at every World Cup, every Europeans and every World Championships, but the reality is that we are a very heavily biased Olympic programme that specifically targets one event every four years.”

Fifteen years after making his World Championship debut, Clancy is preparing for what is likely to be his last, with retirement looming after the Olympics.

He has already made headway on his next chapter, launching a cycling academy, but insists his focus is firmly on completing a golden quartet in Tokyo.

“I’m getting on these days, and thinking back, 2005 was my first World Championships and 15 years later we’re still hanging on,” he said.

“I prefer not to see it as hanging on, but the reality is that at some point it’s going to come to an end – though not before Tokyo.

“The dream, without doubt, is to go and win gold again in Tokyo. That’s what we’re all about.

“I’ve got two races left. The World Championships and the Olympics. But when you break it down, there are six times, at most, I’m going to get on that bike with the union jack on my back. That’s quite something.”

Asked whether winning gold in Tokyo would be the best of his career or the hardest, Clancy said: “The answer is yes to both.

“Just by nature, it makes what guys like Sir Steve Redgrave have done such a special thing.

“To win one Olympic gold in your lifetime is against the odds; to go and do it a second time, it’s working more and more against you, and then a third and a fourth time, it would be wrong if it was something that was easy to do, which is why I guess not many people have done it four or five times in successive Olympics.

“It’s a big dream, but I think we’re on a decent trajectory and I’m doing everything I can to work towards that goal.”