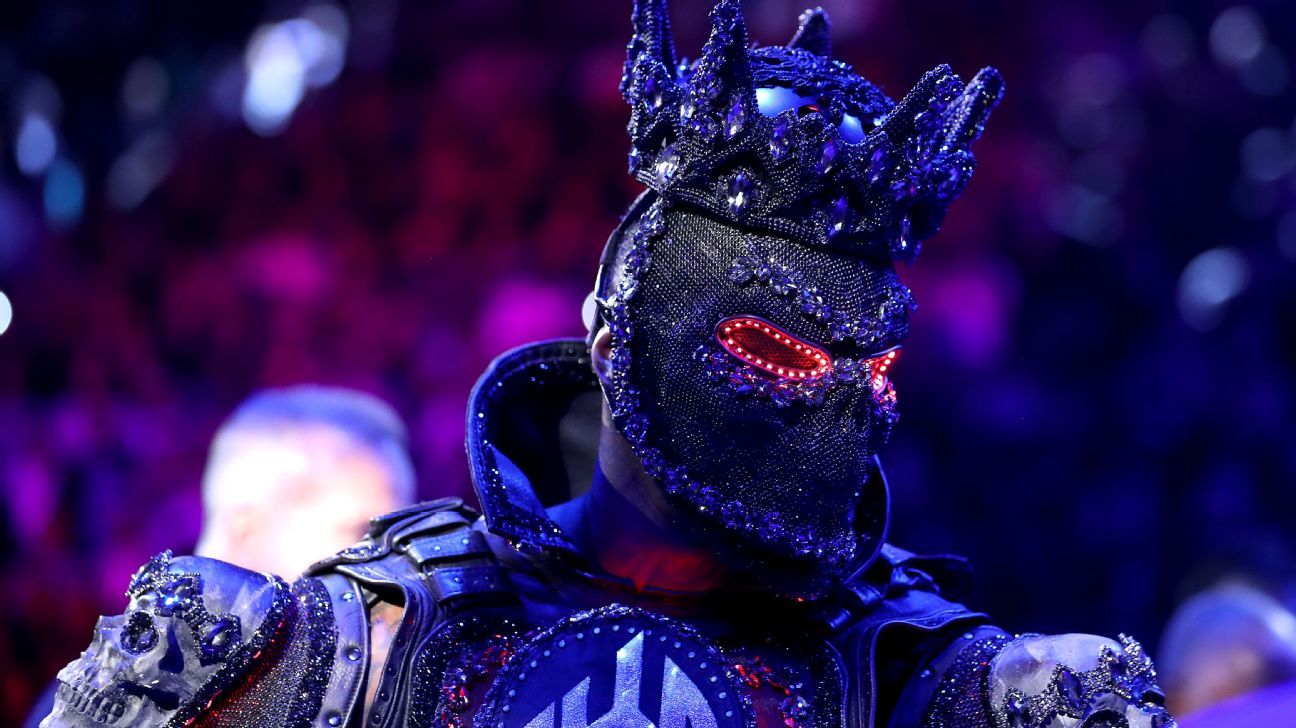 Former heavyweight world titlist Deontay Wilder told ESPN on Monday that he will “definitely” exercise his right to an immediate third fight with Tyson Fury.

Fury, the lineal champion, who also took Wilder’s WBC belt, knocked him down twice and stopped him when Wilder’s co-trainer, Mark Breland, threw in the towel as Fury was pounding Wilder in a corner during the seventh round Saturday night in their mega rematch at the MGM Grand Garden Arena in Las Vegas.

“We’re definitely going to exercise it,” said Wilder, who fought to a disputed draw with Fury 14 months ago. “We’re looking forward to it. I’m a warrior and a true champion and I fight like that every bit of the way. We’re definitely going on with it. That’s for sure. By the summer time.”

Under terms of the deal for the rematch, both sides had the right to invoke an immediate third fight regardless of the result.

Wilder suffered his first defeat in an utterly one-sided fight. Wilder said he knew as soon as he got into the ring there was a problem with his legs, which he believes was a result of miscalculating the weight of the costume he wore into the ring.

“There were a lot of things that went wrong leading up to the fight, in the last minutes before the fight, but I accept full responsibility,” Wilder said. “I paid a severe price because my legs were how they were because of my uniform. My uniform was way too heavy. It was 40-plus pounds. We had it on 10 or 15 minutes before we even walked out and then put the helmet on. That was extra weight, then the ring walk, then going up the stairs. It was like a real workout for my legs. When I took it off I knew immediately that game has changed.”

Wilder had the all-black costume, which also lit up, designed as a tribute for Black History Month.

“I really let the designers freelance with it. It was really their idea,” Wilder said. “By the third round I had no legs. I was completely done. My legs were gone. I had to step into survival mode very early. But you know me — I’m going out on my shield. I’m a fighter, I’m a warrior. That’s what I do.”

Top Rank chairman Bob Arum, Fury’s co-promoter, said he was surprised Wilder would wear such heavy gear going to the ring, while also pointing out the potential effects of the outfit’s full mask.

“Well, I don’t know about the legs affecting his performance but he had to be very, very negligent coming in with that head covering because that choked off his oxygen, and I’m sure that had an effect,” Arum said. “Coach (Jon) Gruden (of the Raiders, who was at the fight) said that — ‘What is he, crazy?’ And it wasn’t covering him for two seconds. That was a long (ring) walk.”

Wilder, who needed seven stitches to close a cut inside his left ear, said he felt the first knockdown was from an illegal punch behind the head and that Fury hit him illegally several times. Wilder said he was ticked off that referee Kenny Bayless, among the most experienced championship referees in boxing, did not adequately protect him, though he did dock one point from Fury in the fifth round.

“I don’t understand certain things that Bayless was doing because he came in the back room (for the final instructions) and he looked me in my eyes and he said that he would disqualify me or take two points from me if I threw rabbit punches or punched after the break,” Wilder said. “But I guess that rule only applies to me because my opponent did it all night long. I got knots all on the back of my head down to my neck. (Fury) was elbowing. (Bayless) took a point but it was too late. At that point, Fury didn’t care about that point being taken. I don’t know what was going on with Bayless. I’m at a loss for words. I thought he was there to protect us.”

Wilder, however, made it a point not to detract from Fury’s victory.

“I congratulate Fury on his accomplishment,” Wilder said. “I’m very excited for him and I am not bitter toward no one.

Wilder also said he was extremely upset that Breland, who won an Olympic gold medal and was a two-time professional world titlist before becoming a trainer, threw in the towel.

“For Mark to do it, I was very heartbroken,” Wilder said. “If I say statements like I want to kill a man (in the ring) then I have to abide by those same principles in the ring of him doing the same thing to me. I’d rather die than go out with someone throwing the towel in.

“He knows these things. It’s been premeditated. I’ve said this for many years. I told all my trainers, no matter how it may look on the outside, no matter how you may love me or have that emotional feeling don’t make an emotional decision and do not ever throw that towel in because my pride is everything. I understand what it looks like but when you have power like me I am never out of a fight, no matter what the circumstances. I’m never out of a fight.”

Wilder said that even though he was clearly losing the fight and had been knocked down twice, he still had his faculties during the seventh round.

“I still had my thoughts in my mind. I had to lean against the ropes to get support because of my legs. It really hurt me,” Wilder said of Breland’s decision to throw in the towel.

At the post-fight news conference, Wilder co-trainer Jay Deas said he did not agree with Breland’s decision to end the fight.

“Mark threw the towel. I didn’t think he should have,” Deas said. “Deontay is the kind of the guy that goes out on his shield. He will tell you straight up — don’t throw the towel in.”

Whether Breland will be back in Wilder’s corner is up in the air.

“We haven’t decided yet. I’m about ready to go to Africa. Once I come home from Africa we gonna get a group decision on what changes that should or need to be done as far as my camp is concerned,” Wilder said. “No matter what the decision is, I love Mark. The whole team loves Mark dearly. He’s been with me from the start. We haven’t made any type of decision of what we are going to do.

Top Rank chairman Bob Arum, Fury’s co-promoter, told ESPN on Monday that technically Wilder has 25 days — not the widely reported 30 days — from the night of the fight to formally exercise his right to another fight with Fury.

“Let’s see how this all plays out and just know that whatever decision the Wilder camp makes, Top Rank and Tyson Fury will respect it,” Arum said. “There’s no hurry. If they say yes, then we’re off to the races. But again, I want to be clear about it, that the ball’s in their court and they don’t have to decide this right away. They probably should check on his physical condition and so forth.”

Even though contractually the fight would have to take place by July 18, per the agreement between Top Rank and Premier Boxing Champions, Arum said it could be delayed until the fall.

“We may all decide to punt it to the fall, September or October,” Arum said, adding that the third fight would be in the United States, per their agreement, with the new stadium being built in Las Vegas for the NFL’s Raiders being a possibility.

“We would certainly pick the right date even if it wasn’t in the window that we have in the contract,” Arum added. “We would look for the best possible date in 2020. Even though we have the champion, we have a partner in PBC and we would consult with them. We’ve been so collegial. I’m not going to upset the apple cart and shoot off my mouth. I want to hear what PBC has to say before I talk to you about dates and sites. We’ll sit and talk and come to an understanding just like we did when we made (Saturday’s) fight.”

Rose has 2-shot lead at wind-delayed Pebble
Aaron Finch announces retirement from T20Is, ends Australia career
Turner puts Scorchers’ success down to ‘confidence in the depth of our squad’
Spivac earns biggest career win over Lewis
‘A catapulted, catalytic opportunity to grow again’: The UFC’s return to Australia is not before time