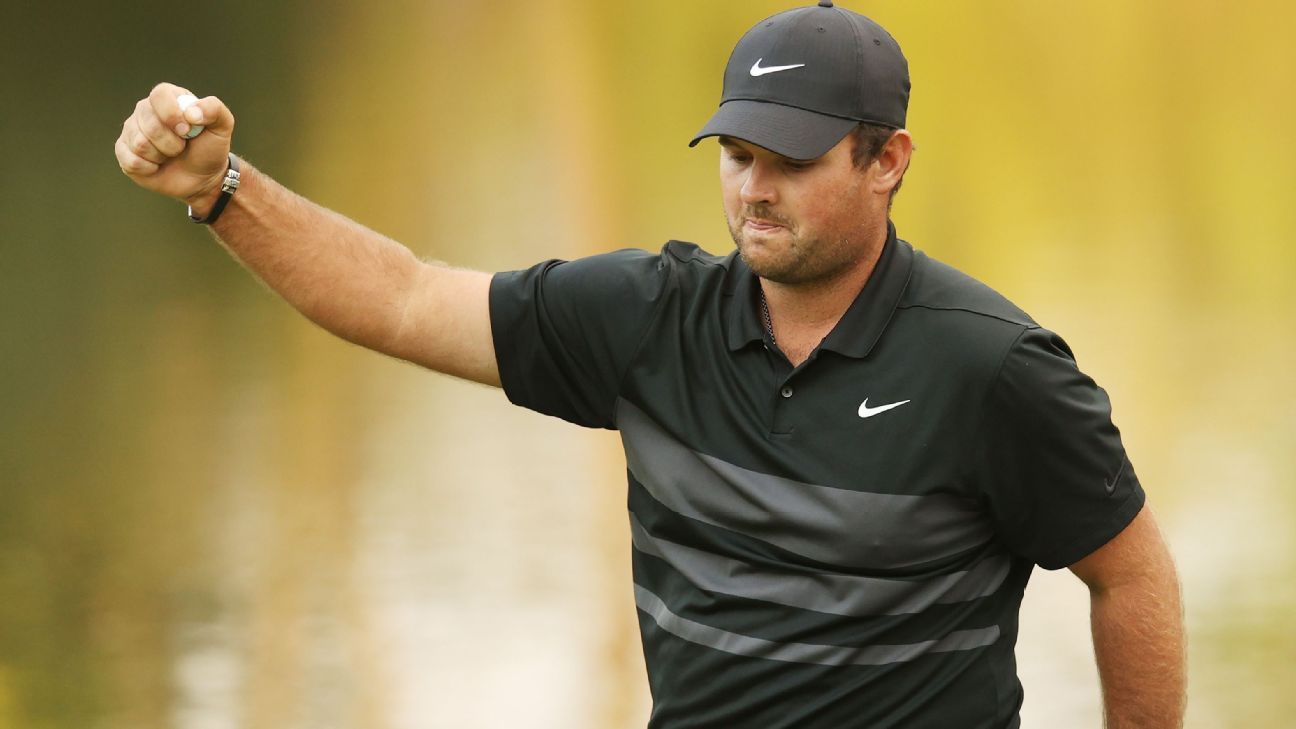 MEXICO CITY — Patrick Reed made it hard for anyone to question his moxie.

A week that began with Brooks Koepka saying he thought Reed cheated when he was penalized for swiping sand in the Bahamas ended with Reed delivering clutch moments down the stretch Sunday to win the Mexico Championship.

Then again, Reed always seems to be at his best when it feels as though the world is against him.

Two shots behind with four holes to play, Reed ran off three straight birdies to overtake a faltering Bryson DeChambeau, closing with a 4-under 67 for his second World Golf Championships title.

Reed made it interesting in the end with a wild tee shot into the trees on the 18th hole at Chapultepec Golf Club, forcing him to chip back to the fairway. He had to two-putt from 35 feet for the eighth victory of his PGA Tour career.

In a wild final round in which five players had a share of the lead — and four were tied heading for the back nine — DeChambeau appeared to seize control with five birdies in a six-hole stretch starting at No. 9.

Everyone around him faltered — Justin Thomas, Rory McIlroy, Jon Rahm, Erik van Rooyen — everyone but Reed, who played bogey-free until he needed only a bogey to win.

DeChambeau failed to birdie the par-5 15th, missed the green on the 16th with a pin in a bowl that made birdies accessible, and then three-putted from long range on the 17th. He shot 65.

Reed never flinched with so much going on around him, on and off the golf course.

He has yet to shake whispers on the tour and heckling from the gallery over the Hero World Challenge in December, when video caught him twice swiping away sand behind his ball in a waste area in the Bahamas. Reed accepted the two-shot penalty and said a different camera angle would have shown his club wasn’t as close to the ball as it looked.

Koepka became the strongest voice during an interview Monday with SiriusXM in the Bay Area while he was previewing his title defense at the PGA Championship in May.

“Uh, yeah. I think, yeah, yeah,” Koepka said, known for speaking his mind. “I mean, I don’t know what he was doing, building sand castles in the sand. But you know, you know where your club is. I mean, I took three months off and I can promise you I know if I touched sand.

Asked about it Saturday after his round, Reed said, “At the end of the day, you can’t listen to what other people are saying. All you can control is what you do.”

All he did Sunday was win.

“To come back and win my second World Golf Championship, especially with how I had to finish from basically 15 onwards … last hole was ugly but it was what I needed just to get the job done,” Reed said.

DeChambeau walked back across the bridge to the 18th green to congratulate Reed. DeChambeau can appreciate heavy criticism, his the result of his pace of play.

“There’s been a lot of stuff said in past years, I guess you could say, with him, and even with me. I feel like unfortunately sometimes we get quite a bad rap,” DeChambeau said. “And yeah, there’s things that we’ve done that hasn’t been right, but we haven’t got really gotten the best rap. … He’s a great player, and he’ll be a great player for a long time, and I have a lot of respect for his game.”

Rahm had a chance to reach No. 1 in the world with a victory, depending on how McIlroy finished. It was a moot point when the Spaniard took bogey on the par-5 11th and dropped another shot on the 14th with a short iron that went just over the back of the green.

McIlroy was within one shot until going nine straight holes without a birdie.

Thomas, who lost a 54-hole lead for the second time in the Mexico Championship, lost the lead when he hit into the water on the par-3 seventh, then made another bogey on the next hole. He then had to play a left-handed shot on the 10th on his way to a double-bogey. He shot 73.