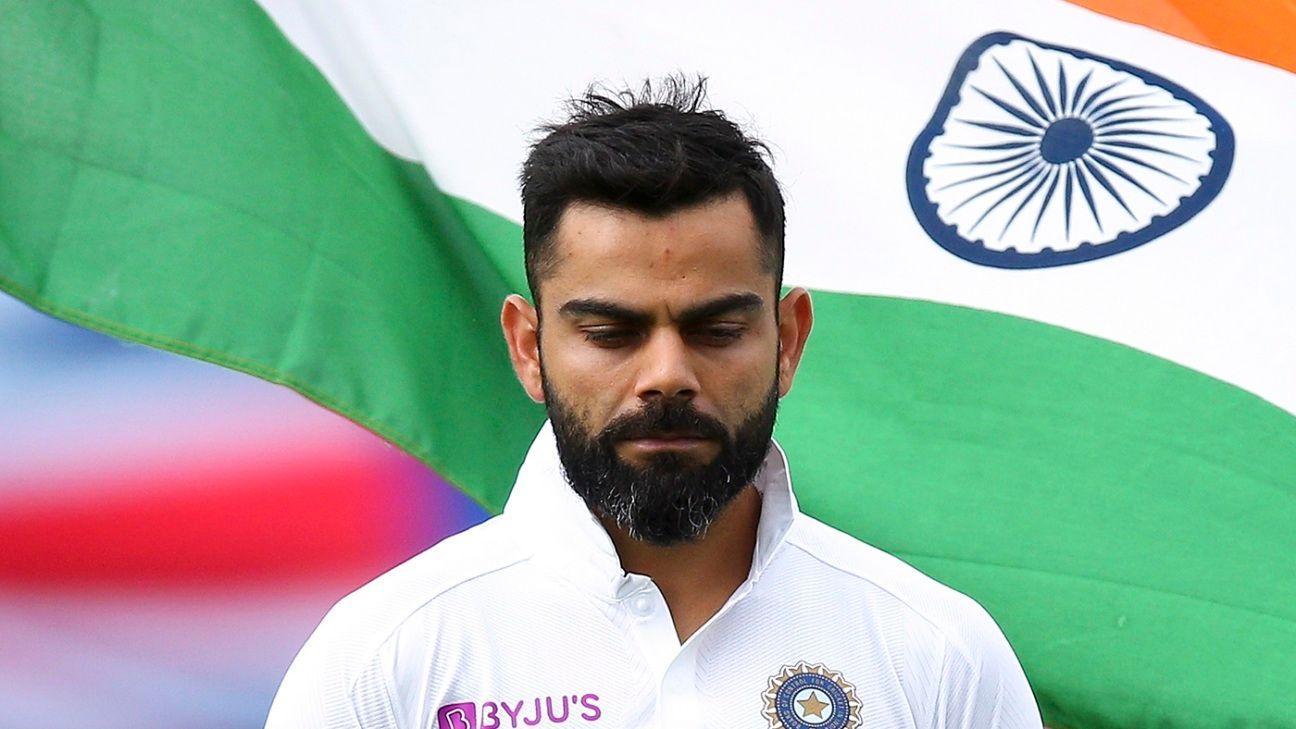 Over the dominant home season, India’s coach Ravi Shastri talked about taking the pitch and the toss out of equation, which, while lofty, is something for dominant teams to aspire to. To a large extent, India did do that in home Tests, but in away conditions against good teams, tosses can play a big part. That was the first thing Virat Kohli mentioned in his post-match interview with Simon Doull after a ten-wicket loss as early as on the fourth morning in Wellington. However, he also spent some time talking about how the India batsmen and bowlers needed to be better despite getting the rough end of the toss.

“Day one it was probably the toss that turned out to be very important,” Kohli said. “But at the same time, as a batting unit, we take a lot of pride in being competitive, and we were just not competitive enough. I don’t think we put their bowlers under enough pressure in the first innings. Anything over 220-230, then you are talking a different language. Even the deficit looks much lesser if you get that score on the board – and if you get the last three batsmen out cheaper, which wasn’t the case… But yeah, that first innings put us behind the game already, and that lead put us under pressure, which was hard to come back from.”

India’s bowlers don’t usually come up against conditions where staying in good areas for long periods is not good enough to get you wickets. In New Zealand, the definition of good areas is different, and you have to vary your angles a lot to get something out of the slow surfaces that keep getting better as matches progress. India were generally shorter of those good areas, and didn’t quite use variations as well as New Zealand – no doubt, much more accustomed to bowling there – did.

Not only that, the last three New Zealand wickets went on to add 123 runs, which broke the back of India’s resolve, which was built largely on Ishant Sharma’s five-for after he beat the odds to make this Test despite a grade-three ligament tear on his ankle in December.

“I think as a bowling group they have taken a lot of pride in being competitive and bowling good channels for long enough,” Kohli said. “Till about seven wickets we were really good. Even when Ross [Taylor] and Kane [Williamson] had a partnership, we got stuck in. We thought, ‘Okay if we stop them under a lead of 100, it is a great effort from hereon’. Because the wicket did get better to bat on. But I think those last three wickets and 120-odd runs really hurt us and really pushed us out of the game.

“I think overall we really did put in a good effort but we still could be a lot more disciplined. That’s something the bowlers have recognised themselves. That’s not something that needs to be pointed out to them anymore. They were not as happy with their bowling performance as they would have been otherwise. That can happen in this game at the international level, but it’s about how we learn from it and how we bounce back.”

Kohli wasn’t about to be harsh on any particular batsman, but wanted a better show from the whole group. “You don’t want to be too hard on the guys because Prithvi [Shaw] has played only two innings away from home now, and he will figure it out. He will find ways of scoring runs. He is a natural stroke-maker, and he will find ways of scoring runs and putting up good starts for us more often than not.

“I think Mayank [Agarwal] was outstanding in this game, first innings as well as second innings. Really applied himself well. And he is probably the only guy along with Jinks [Ajinkya Rahane] that got some kind of tempo and momentum going for us as far as batting is concerned. I think we have to stick to our template that has got us success and not think too much about where we are playing or what kind of pitch we are playing on. Our strength is to put enough runs on the board for our bowlers to get attacking. I think that is something as a batting unit that we need to take more responsibility.”