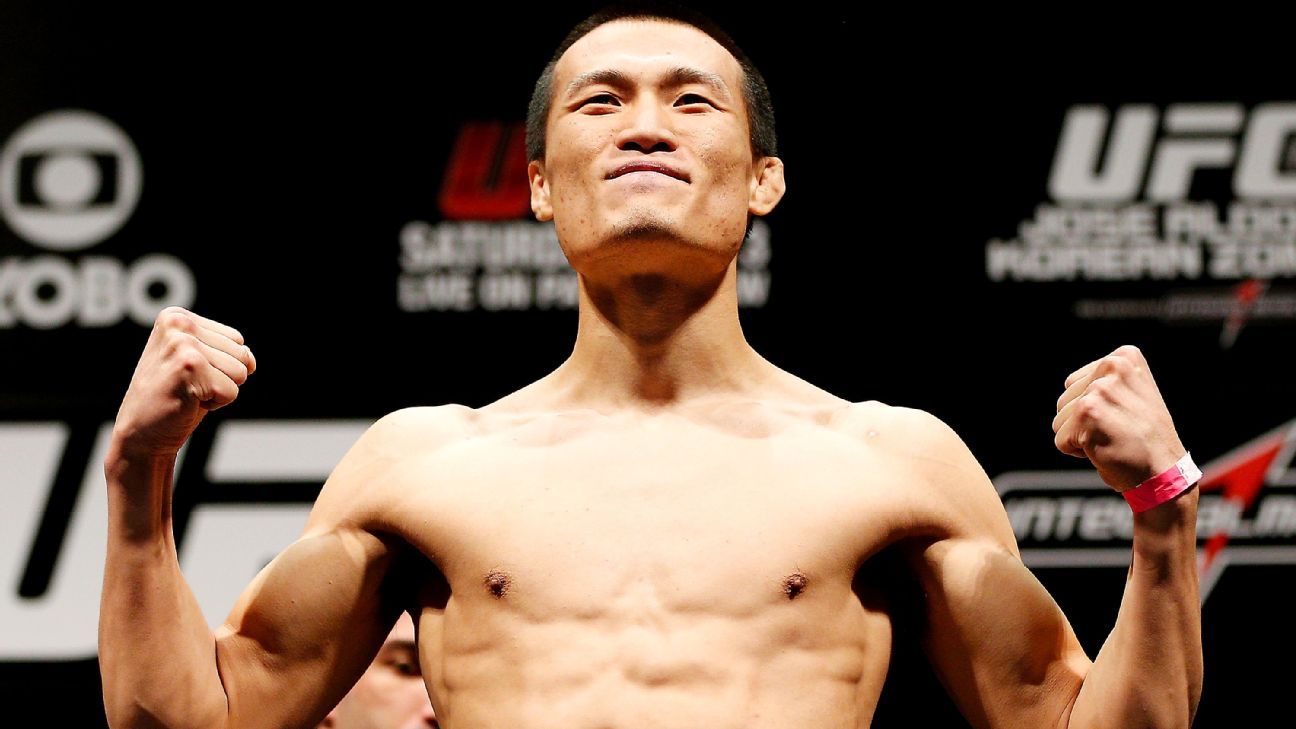 A potential No. 1 contender fight involving “The Korean Zombie” will have to wait a few months.

Chan Sung Jung, the popular UFC featherweight, has opted for eye surgery and is planning a return to the Octagon in the summer, his manager Jason House confirmed with ESPN on Monday.

Jung suffered an issue with double vision during his training camp for a fight with Frankie Edgar in December, according to his coach Eddie Cha, yet still won that bout via first-round TKO.

“Zombie” had conflicting diagnoses between his home country of South Korea and the United States. Jung has decided to have surgery in Phoenix, where he trains with Cha with the Fight Ready team.

“Recently, it has been more important for me to figure out my double-vision issue,” Jung told MMA Junkie. “It took a long time to get medical exams done, and there was a difference with diagnoses between doctors in Korea and Phoenix.”

Jung said it will be a minor surgery and he believes he will be back to competition in July or August. ESPN has Jung ranked No. 7 in the world at featherweight. He is hoping for a title fight with Alexander Volkanovski next, though he likely needs one more win before earning that opportunity. Jung was supposed to fight fellow contender Brian Ortega in December, but Ortega withdrew due to injury.

“Right now, my focus goes on Volkanovski,” Jung said. “If it would not work for me to fight the champion, I would be interested in fighting Ortega — but I want to make sure. At this moment, I want to fight Volkanovski.”

Jung (16-5) has won two straight and six of his last eight. The 13-year MMA veteran returned from a four-year layoff due to South Korean military obligations and injury in 2017. Since his comeback, “Zombie” is 3-1 with every victory by KO/TKO. Jung, 32, would have a perfect record during that stretch aside from Yair Rodriguez knocking him out in the final second of a five-round main event in November 2018. Jung was up on the scorecards at the time of the shocking KO.