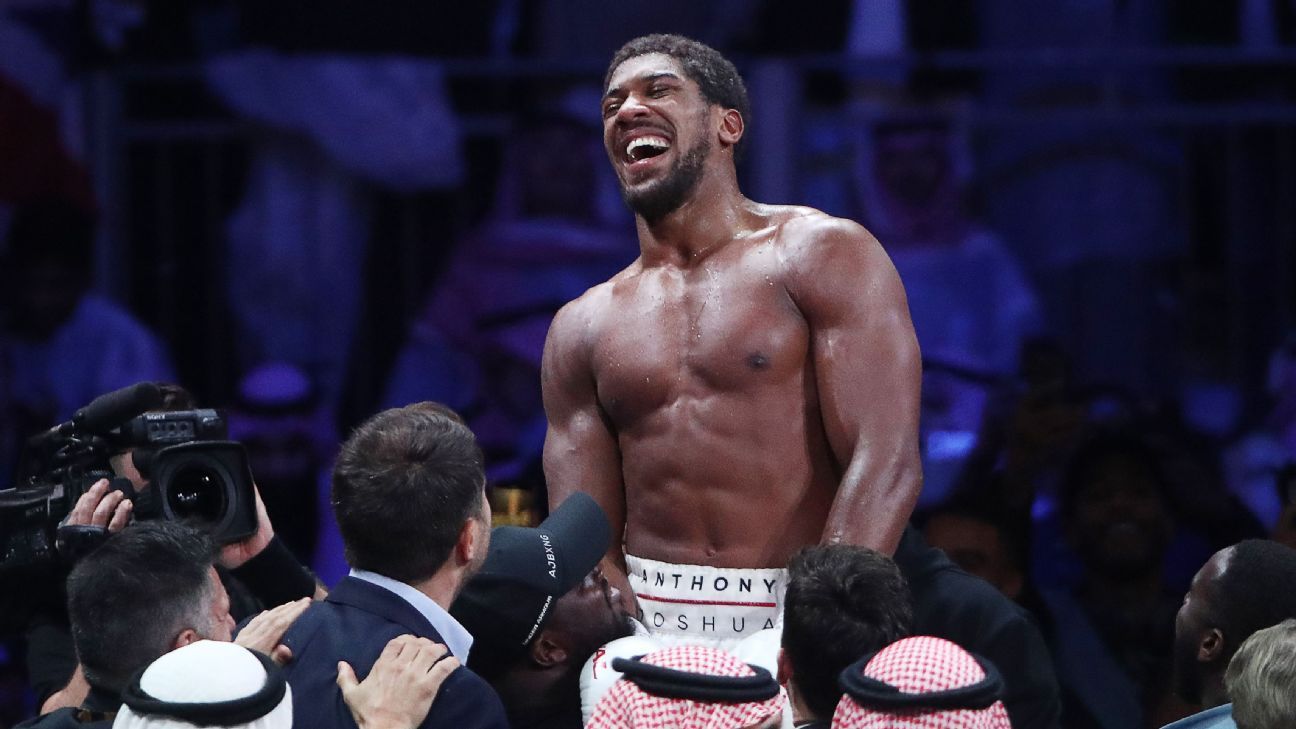 Anthony Joshua’s promoter Eddie Hearn has said his fighter would be the “underdog” in a potential clash with Tyson Fury.

Joshua regained the WBA, IBF, WBO, and IBO heavyweight titles in December, when he avenged the sole loss of his professional career by defeating Andy Ruiz Jr. in Saudi Arabia.

Meanwhile, Fury won a rematch against Deontay Wilder in Las Vegas on Saturday to become WBC heavyweight champion, having fought to a controversial draw with Wilder in the pair’s first bout in December 2018.

Most pundits believed Fury had done enough to dethrone Wilder at the first time of asking despite the ‘Gypsy King’ being floored twice in the fight, but there was no controversy on Saturday. The Briton earned a seventh-round stoppage win over Wilder, handing the American his first career loss when the towel was thrown in.

With Joshua and Fury now holding all the heavyweight belts, an all-British bout to determine the undisputed champion of the division is on the cards, and Joshua’s promoter Hearn believes Fury would be seen as favourite to emerge victorious.

“[Joshua] would be the underdog,” Hearn told Sky Sports. “That’s the way we want it.

“I promise you, this fight will happen. We will do everything that it takes to make this fight. There’s some hurdles to overcome on the broadcasting, but nothing too much.”

Hearn said, however, the fight might not happen as soon as hoped despite Joshua, Fury, their teams and promoters wanting the clash to be arranged .

“I don’t want [Fury] to take the [Wilder] rematch, but if you’re asking me, honestly, you have to take the rematch. We had a similar position with Andy Ruiz against Anthony Joshua. We had 28 days to exercise the rematch clause. I went to see Anthony Joshua when he lost to Andy Ruiz the day after. He was only ever taking one fight.

“But I believe Anthony Joshua’s made of a different kind of stuff to Deontay Wilder. Wilder had a look in his eye on Saturday to say: ‘I don’t even want to be here.’ He’s made his money. What’s he got to come back to?

“The problem is, if you don’t take the rematch now, do you ever get your shot? Because AJ’s going to fight Fury — they may do it twice, they may do it three times, who knows? So right now, my money is actually on Wilder to rematch Fury.”

Joshua is expected to fight Kubrat Pulev in June in a mandatory defence of his IBF title, with Premier League team Tottenham Hotspur’s stadium possibly hosting the contest. But Hearn said a fight against Fury instead of Pulev would be the ideal scenario.

“It must happen this year, because both guys want the fight, so there’s no reason why not to,” he said.