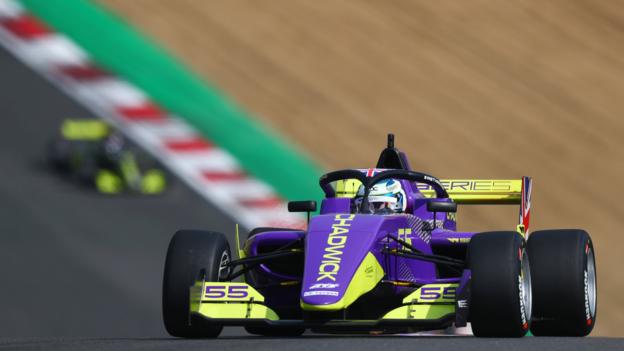 Britain’s Jamie Chadwick earned her first points towards a Formula 1 super licence after she finished fourth overall in the F3 Asian Championship.

Chadwick got 10 of the 40 points required over a three-year period to race in F1, with 25 needed to drive in a practice session.

In 15 races in Asian F3, Chadwick took three podiums including one race win.

The five-leg series culminated in three races at Buriram International Circuit in Thailand at the weekend, with Chadwick taking two podiums and one victory.

The all-female W Series, now in its second season, will also offer super licence points, with 15 available for the overall series winner.

There has not been a woman competing in Formula 1 since 1976, and Chadwick, 21, a Williams development driver and winner of the 2019 W Series, will compete again with the aim of collecting the remaining points required for an F1 practice session.

In the W Series, second place will earn 12 points, third place 10, with super licence points available down to seventh place.

The first race of the W Series season is in St Petersburg, Russia, in May.