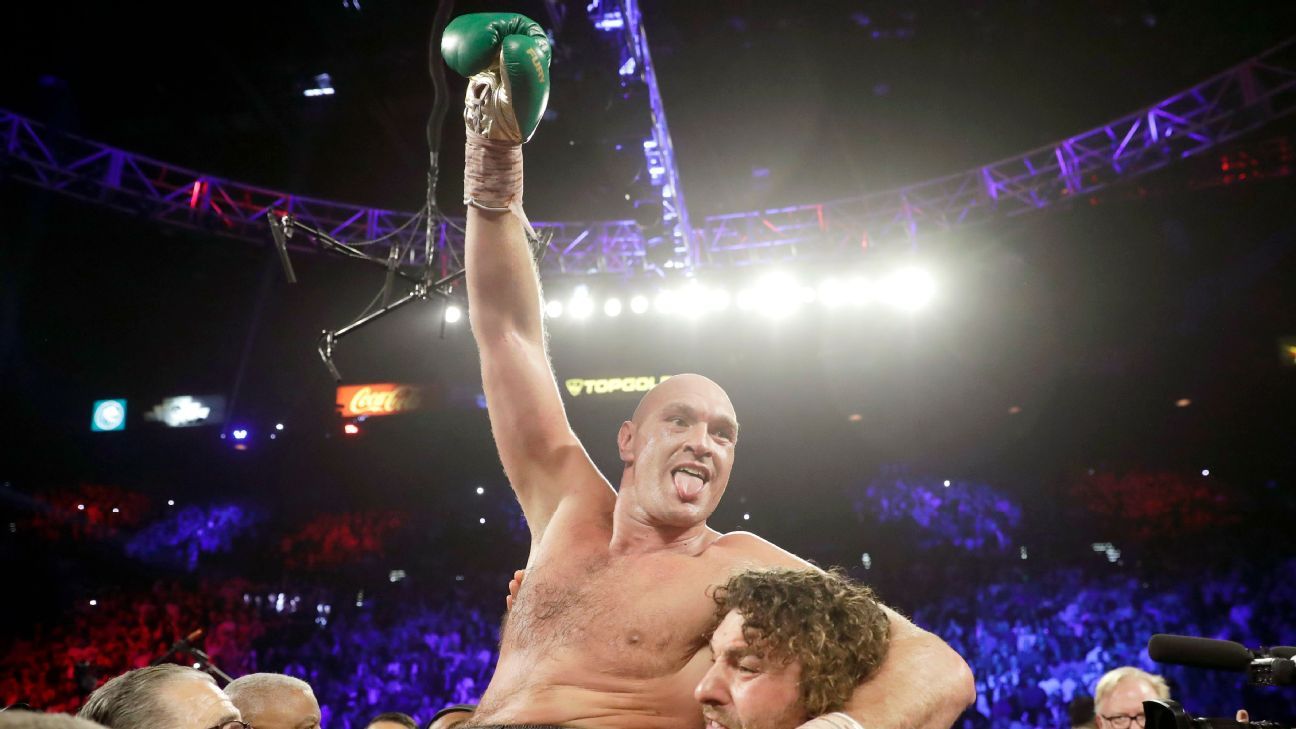 After a dominant stoppage of Deontay Wilder on Saturday night, there’s still a highly anticipated heavyweight title fight left for Tyson Fury. That opponent would be Anthony Joshua. And Joshua’s promoter, Eddie Hearn of Matchroom Boxing, said that is the bout his team would like to make next.

“We want the Tyson Fury fight next,” Hearn said Monday on Ariel Helwani’s MMA Show. “AJ called me yesterday and said, ‘How do we make this fight happen?'”

Fury is the WBC heavyweight champion and is also considered the lineal heavyweight champion. Joshua, meanwhile, holds the WBA, IBF and WBO titles. A fight between Fury and Joshua, both England natives, would be for undisputed heavyweight gold — a rare chance at that kind of history for both men. Fury vs. Joshua would be one of the biggest fights in heavyweight boxing history.

“For us, for AJ, the clear priority has always been undisputed,” Hearn said. “And if there’s a chance to fight Fury next, we will grab it with both hands.”

There are some obstacles standing in the way of that blockbuster bout. Wilder holds the option for a rematch against Fury. The two men fought to a draw in December 2018 and part of the negotiation for the second fight was the possibility of a trilogy. If Wilder exercises that option, a third fight between him and Fury would be next.

Joshua has also been tied to a June 20 fight with mandatory challenger Kubrat Pulev. Hearn said he has about nine days to complete negotiations for that bout and is hoping Wilder makes a decision on a rematch before then. Pulev is promoted by Top Rank, like Fury, so Hearn believes a deal could be made for Fury to be next for Joshua if Wilder declines the rematch.

“If there is no rematch,” Hearn said, “we want to do everything we can to make AJ vs. Fury next.”

However, the promoter does think Wilder will exercise his right and Joshua will end up fighting Pulev.

“I hope he doesn’t,” Hearn said. “But I’m confident he will. I mean, what else is he gonna do? If he walks away from the rematch, he has to fight, what, a tuneup bout? That basically says I’m a beaten individual.”

Even if Wilder and Fury fight for a third time, Hearn said he still believes Fury vs. Joshua could happen this year. He said Joshua would target December if Wilder decides on the rematch.

“Honestly, I will do everything I can to make that fight,” Hearn said of Fury vs. Joshua. “This is a historic moment for our country and the sport of boxing where two British heavyweights prove who is the king. Right now, it is up to Anthony Joshua and Tyson Fury to decide who is the best heavyweight in the world. And I’ll back our man all day long.”