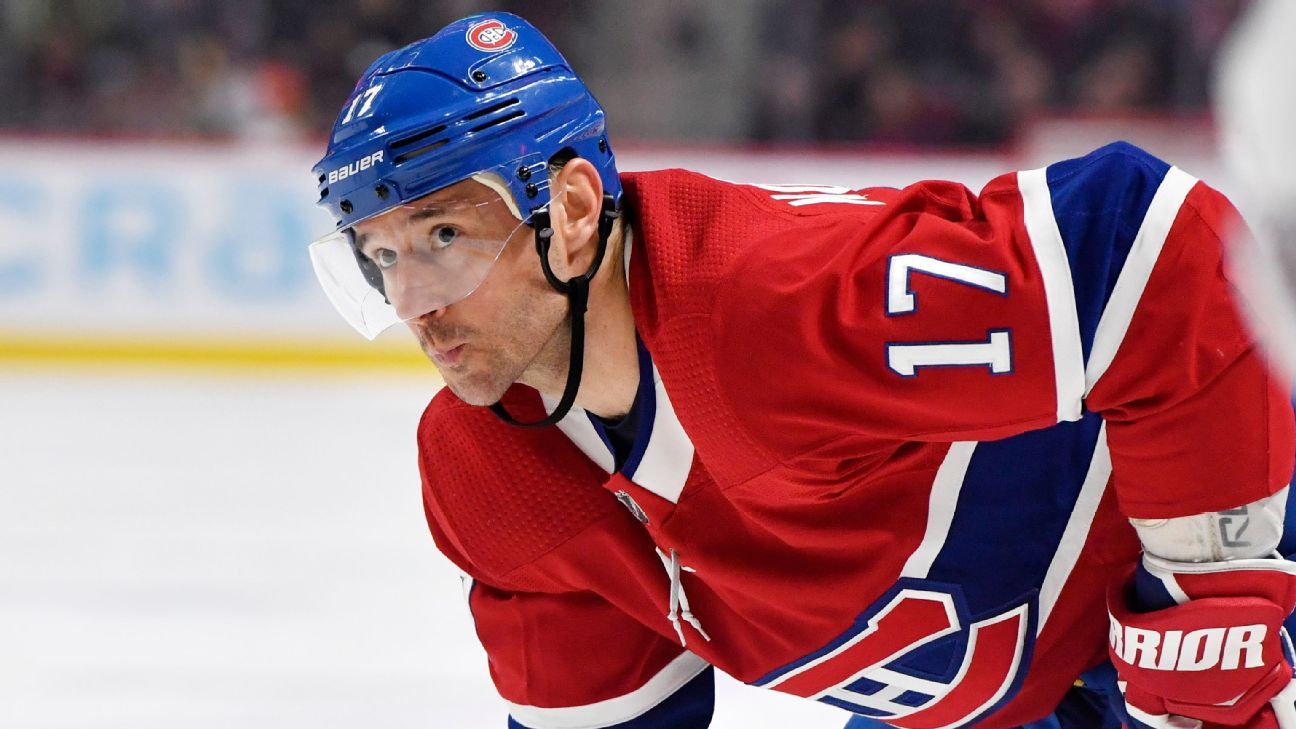 The Montreal Canadiens have traded forward Ilya Kovalchuk to the Washington Capitals for a 2020 third-round pick, it was announced on Sunday.

The move puts Kovalchuk on his third team in the 2019-20 season. He started the campaign with the Los Angeles Kings before they waived him and his $18.25 million contract in December, then he landed with the Canadiens in January on a veteran’s league minimum of $700,000.

The Capitals are strapped against the cap but got help from the Canadiens, who retained 50% of Kovalchuk’s salary. It’s the second big move the Capitals have made ahead of Monday’s trade deadline; they also acquired San Jose veteran defenseman Brenden Dillon this week.

Kovalchuk will get to team up with countryman Alex Ovechkin. The two Russian players are good friends, having played on several national teams together. They also both own homes in the Miami area. On Christmas this year, Ovechkin posted a photo of him and Kovalchuk sharing a glass of wine together.

Looking to join a contender, Kovalchuk signed with the Canadiens when they were seven points out of the Eastern Conference’s second wild-card spot and six points out of the Atlantic Division’s third playoff spot. Although he has contributed six goals and seven assists in 22 games, Montreal is virtually in the same place — now eight and six points back of the respective playoff positions.

He signed a record 15-year, $100 million deal with the New Jersey Devils in 2010 but left just three years in to return to Russia, where he played for five years before returning to the NHL.

Information from ESPN’s Emily Kaplan was used in this report.

Is Brock Purdy a lock to start at QB for the 49ers in 2023 — and beyond? Here’s everything we know
Sources: Joshua-Franklin close for April 1 at O2
Travis Kelce has cemented his legacy as one of the greatest TEs of all time
Herbert, Detroit sandlot ace, ’62 All-Star dies
How bad is Patrick Mahomes’ high ankle sprain? What’s next for the QB and Chiefs