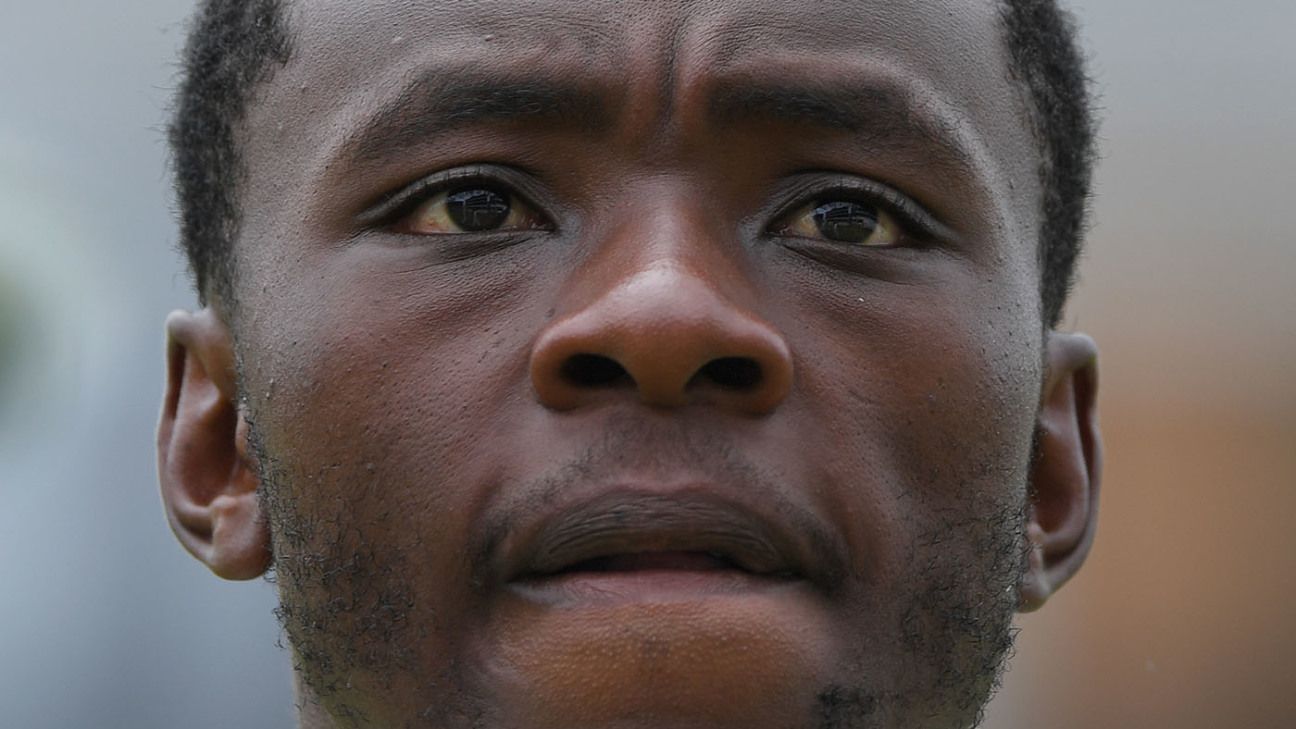 When Kagiso Rabada earned his fourth active demerit point in a 24-month period and was suspended from the final Test against England last month, his father sent him a little something to make him feel better and it’s not what you might expect.

“I sent him a song about the ICC. To cheer him up,” Dr Mpho Rabada said, at the launch of his new track, Ska Chechella Morago, a collaboration with family friend and music student Motswedi Modiba at the Red Bull Studios in Cape Town.

The song was inspired by the idea of being able to take flight and its message of positivity is quite unlike the one Rabada senior composed on the fly when he heard that his son had fallen foul of the game’s governing body again. Neither of the Rabadas would share the content but Mpho Rabada said it was “quite hilarious,” and hoped that “maybe one day,” his son would release it. Judging by the look on Kagiso Rabada’s face it will be a long time before that happens. But, asked if he could sing something to the ICC, Rabada brightened up and offered a few chords. “Please don’t judge me,” he started, before the room gave way to giggles.

At least everyone could see the lighter side of what has been a tough summer for South African cricket and Kagiso Rabada, who, at 24 years old, is already five years into his international career. In that time, injuries to more experienced quicks meant that he was quickly elevated to leader of the pack while he was trying to find a level of aggression that intimidated opposition but did not tip him over the ICC’s code of conduct edge.

It’s little wonder he needs an outlet off the field and he has found it on the turntables. “Music has always been a part of me and my family. It’s something to get away and just think about something else,” Rabada Jnr said.

His father shares a passion for the beat and the pair spend time together experimenting with sounds, mixing tracks and seeing what happens. That’s where Modiba comes in. She is the daughter of Mpho Rabada’s best friend and an aspiring singer, who is influenced by gospel music. While Modiba and Mpho have taken the step up and released a single, Kagiso has been working with DJ Da Capo on some house music, which the pair have yet to put the finishing touches on, given their busy schedules.

So for now, music remains a hobby for Kagiso Rabada, and a motivator as he goes about trying to get the South African team and his own performances back on track. Like many sportsmen, he can be spotted with headphones on when he gets off the team bus; most of the time, he is listening to traditional tunes. “For me to get inspiration, that comes from tribal music, African tribal. That gets me going, the different sounds, the chants, it’s like I am bonding with my ancestors,” he said.

With music such an important part of his process, it’s not a surprise that he bonds with the crowd at St George’s Park, famed for their brass band. Last Sunday, when South Africa beat Australia in a tense T20 to square the series and Rabada bowled a decisive penultimate over, he could feel the fans acting as a 12th man.

“The atmosphere was really electric. That was the first time in a while where I actually felt the crowd, other than being at the Wanderers,” he said. “The Wanderers is my favourite ground because of the electrical atmosphere. Yesterday was similar to what I felt at the Wanderers, it was a sell-out and the band came out and we were in it together.”

That is a rarity in South Africa, especially this season, when most of the spectators were traveling English supporters. During the white-ball games that changed, with capacity crowds of mostly local supporters and it is set to stay that way for the deciding T20 against Australia on Wednesday and the three ODIs that follow.

Generally, though, South Africans don’t fill out cricket grounds and Kagiso Rabada thinks the team’s performances have something to do with it. “We have to win and we have to entertain the crowd,” he said “People need to feel an interest towards the game, even more of an interest than they feel already, to want to go the stadium and witness international cricket. If they realise that the skill level is going up, the professionalism is going up and they are going to be entertained, they might come.”

Though South Africa’s results have been poor of late, even when they were No.1 in the world Test crowds were thin, which could be attributed to anything from lack of interest to lack of time to lack of marketing. Cricket South Africa has been embroiled in various crises since the failed T20 Global League almost three years ago and has lost major sponsors. At best, they have appeared out of touch with their audience, at worst, uninterested.

Kagiso Rabada spent time last week experiencing the opposite when he traveled to the NBA All-Star game. While his highlight was seeing LeBron James because he “admires watching other sportsmen doing well in their craft,” he also saw first-hand how a sport can speak the same language as its supporters.

“What fascinated me the most was how it’s marketed and how it’s really fresh and they keep with the times,” he said. “It’s got everybody talking about it. It doesn’t have an age barrier. If you are older, you can go there and feel young because that energy is electrifying. Music and sport go together in America, the in-thing is trap music and the hip culture. It just feels as if the culture is so inviting and they are always staying on top of it. There is tradition, yes but they keep with the times.”

Sounds like a message to cricket to get the DJs in and they know the Rabada household has a few they can start with.

Red Bull set to announce Ford engine partnership deal with US car giant
Mahomes: ‘Didn’t feel good’ but did enough in end
Signing day updates: New commits, top classes and announcements to watch
Amid chaos and uncertainty, U.S. takes the long view
Trade grades: Horvat fills a need for the Islanders … but at a high cost