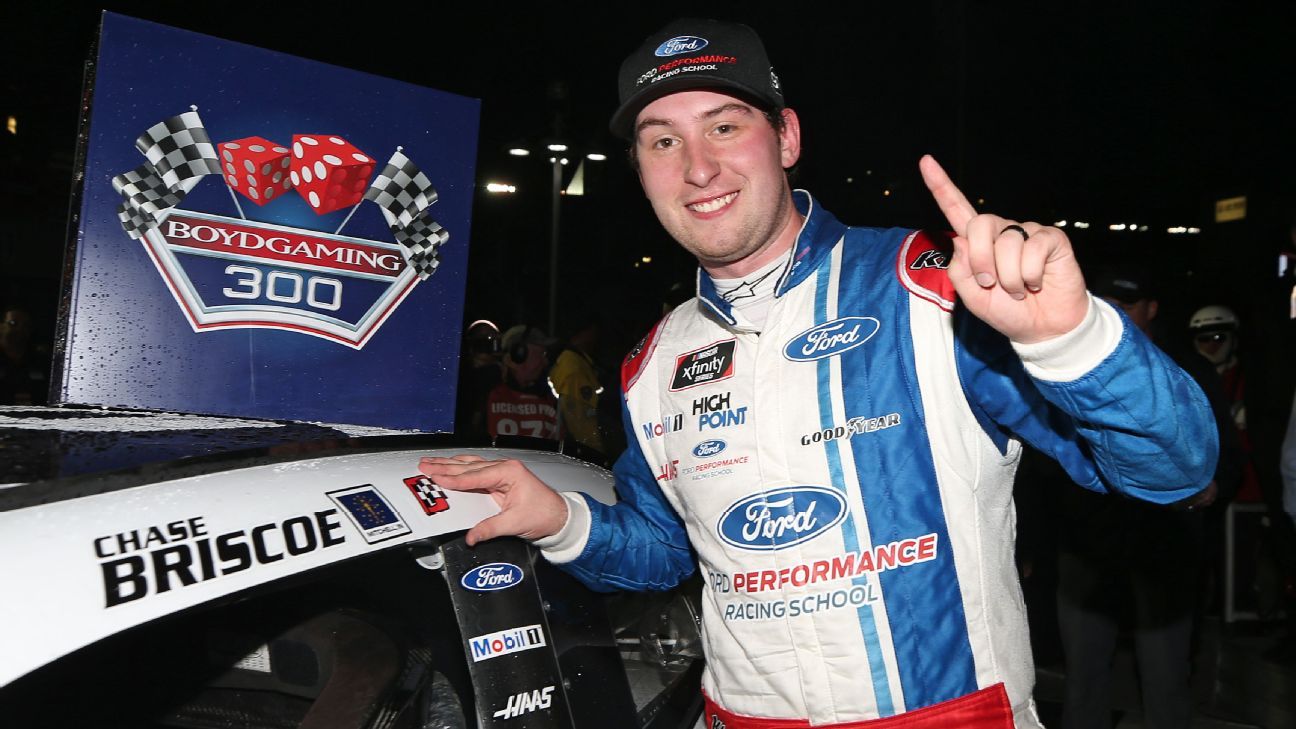 NASCAR was able to complete 50 of the 200 laps Saturday before rain washed out the event and pushed its conclusion to after the Cup race Sunday, which was won by Joey Logano an hour before the Xfinity drivers returned to their cars.

Briscoe led 27 of the 50 laps Saturday, then resumed his domination in the conclusion. In all, he led five times for a race-high 89 laps in his Ford for Stewart-Haas Racing. This is the third career Xfinity Series win for Briscoe, a rising star in Ford’s development program.

“It’s so cool to get Ford into victory lane,” Briscoe said. “It’s great to get a win, and I think we can win a lot more this year.”

Austin Cindric was second for Team Penske and a 1-2 finish for Ford. Cindric led 41 laps.

“Awesome to get Ford Performance a 1-2,” Cindric said. “It’s always great to race your best friend for the win, but you hate when he beats you.”

Ryan Sieg and Las Vegas native Noah Gragson, winner of the series opener last week at Daytona, were third and fourth for Chevrolet.

Harrison Burton, a rookie, was fifth in a Toyota and followed by Brandon Jones, Michael Annett and Justin Allgaier. The top 10 was completed by rookie Riley Herbst and Ross Chastain, who ran the Cup race first as the replacement driver for Ryan Newman. Chastain had to go directly from Newman’s car to his Xfinity ride to finish his full-time job.