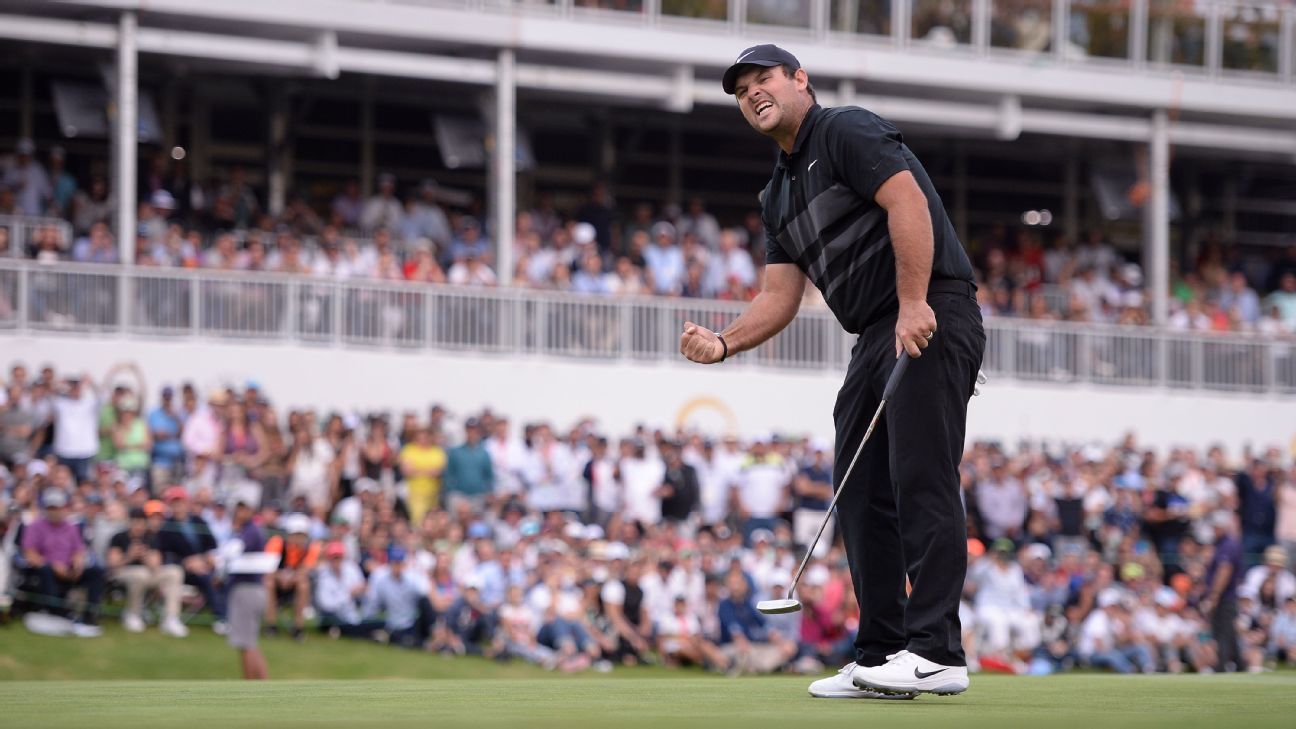 MEXICO CITY — The noise, at times, can be deafening, deflating. It is certainly distracting. Patrick Reed admits as much because it would be nearly impossible to say or do otherwise.

And so it was that Reed had not one, but two grenades tossed his way this week in the wake of Sandy-gate in the Bahamas, the “cheating” scandal that continues to dog him.

For reasons of his own making, that controversy lingers, but Reed thrives amid chaos. We’ve seen it at the Ryder Cup and throughout the last few months as he’s endured his share of taunting and jeers, from spectators, fellow competitors and commentators.

So it was only fitting that Reed emerged from the rubble on Sunday at Club de Golf Chapultepec, outlasting an all-star cast on the leaderboard to shoot a final-round 67 and capture the WGC-Mexico Championship by a shot over Bryson DeChambeau.

So much for karma.

“Really, at the end of the day, to me it doesn’t really matter,” Reed said of all the chatter that has engulfed him of late. “For me, it’s go out there and continue doing what I’m supposed to do, and that’s try to play the best golf I can, try to be the best person I can, and try to set an example for the younger kids that are out here watching as well as my kids that are watching back at home.

“If I feel like I’m doing that, that’s all I can ask for. I feel like I’ve been doing a good job of that, and hopefully everything starts smoothing out and going the right direction.”

Reed, 29, continues to be the subject of intense criticism over the Bahamas incident in which he was penalized for improving his line of play in a waste area, an infraction the led to a two-stroke penalty but a far harsher sentence in the court of public opinion.

He’s been branded a cheater in some circles, a tough charge to live down and made even more so due to similar accusations that have followed him from his college days a decade ago.

And yet, Reed won his eighth PGA Tour title, a list that now includes the 2018 Masters and two World Golf Championship titles, the first six years ago at this same tournament when it was played at Doral.

Back then, Reed declared himself a “top-5 player” following that victory, a curious comment that now ranks well down the list of bizarre things attached to him.

For a time on Sunday, Reed appeared out of it, as Bryson DeChambeau birdied four of his first five holes on the back nine to take a seemingly commanding lead. Reed trailed by two on the 15th tee. But when DeChambeau three-putted the 17th green for a bogey, he left an opening that Reed took by birdieing three consecutive holes. A wayward tee shot at 18 by Reed led to the final one-shot margin of victory.

Afterward DeChambeau, who has been the subject of his own level of controversy, mostly over slow play but also because of some of the quirkiness in his game, was the first to congratulate Reed.

“Because he’s a great player,” DeChambeau said. “There’s been a lot of stuff said in past years, I guess you could say, with him. And even with me. I feel like unfortunately sometimes we get quite a bad rap. And yeah, there’s things that we’ve done that haven’t been right, but we haven’t really gotten the best rap. We’re still trying to provide great entertainment for everyone. He’s a great player, and he’ll be a great player for a long time. And I have a lot of respect for his game.”

Earlier in the week, Brooks Koepka took a shot at Reed during a promotional tour for the PGA Championship in a Sirius/XM interview.

“I don’t know what he was doing, building sand castles in the sand but you know where your club is,” Koepka said. “It’s one of those things where you know, if you look at the video he grazes the sand twice and then he still chops down on it. . . If you play the game, you understand the rules.”

Then it was former CBS commentator Peter Kostis, who noted on a No Laying Up Podcast that he had witnessed Reed on several occasions improve his line of play in the rough.

When asked about those comments earlier this week, Reed went with a standard response: “I said what I have to say about what happened in the Bahamas. At the end of the day, all I’m trying to do is go out and play good golf and trying to win a golf championship.”

A day later, Reed acknowledged that all of the talk has become disruptive.

“I think the biggest thing for me is I just work so hard at (ignoring it),” he said. “My team and I work really hard, and I’m not going to like, just the whole thing on the outside distracts us from our ultimate goal, and that’s to go out and play great golf and continue to try and improve every day on and off the golf course.”

So much for distractions. Reed manages to excel despite all the drama. The third-place finish at the Hero World Challenge on the back of a final-round 66 the day after the rules controversy ignited; saying he never heard a “cheater” chant as he putted in a playoff he lost to Justin Thomas the Sentry Tournament of Champions.

Even the way he bounced back at the Presidents Cup in Australia — where he was the subject of intense heckling and abuse — to win a final-day singles match.

On Sunday, he beat DeChambeau, Jon Rahm, Rory McIlroy and Thomas, among others.

The guy has his detractors, for sure. But he’s also got game, plenty of it — and even more so, it seems, when the world is against him.