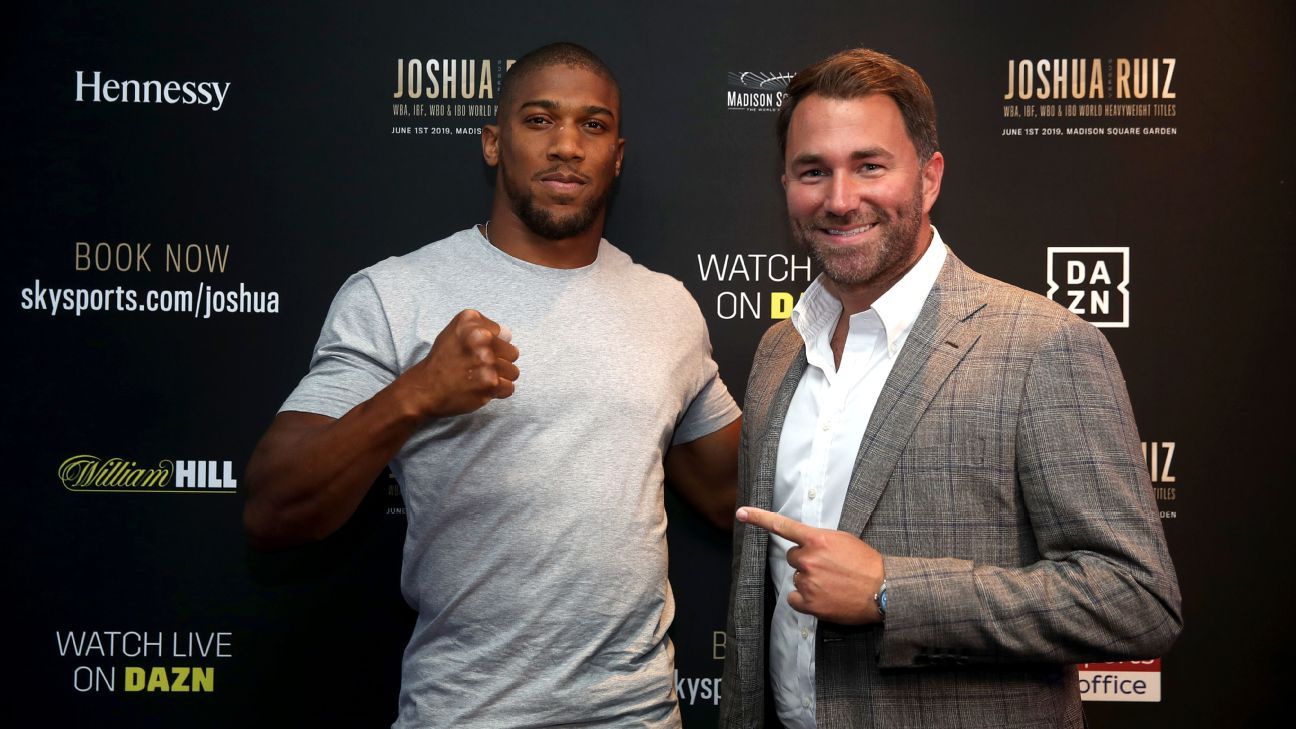 Not long after Tyson Fury thumped Deontay Wilder on Saturday night, boxing promoter Eddie Hearn took to Twitter in hopes of getting the next heavyweight money fight put together.

“No need for a third let’s go straight to it in the summer!” Hearn tweeted.

No, he doesn’t want a Fury-Wilder trilogy. He’ll join Ariel Helwani’s MMA Show on Monday to discuss a potential champion vs. champion showdown between Fury and Anthony Joshua, who is represented by Hearn’s Matchroom Boxing.

Tyson Fury’s nutritionist will discuss what fuels the heavyweight champ.

The boxing promoter will discuss a potential matchup between Anthony Joshua and Fury.

The NBA star will discuss how he uses the principles of jiu jitsu in basketball.

The former strawweight champ will discuss her upcoming title fight against Zhang Weili.

Can Calderwood dethrone Valentina Shevchenko? She’ll give her thoughts on their title fight scheduled for this summer.

Hall will discuss what’s next for him.

Conor McGregor‘s teammate will talk about training with the superstar and about his own next fight, coming in May.

Crute will discuss his first-round submission win over Michal Oleksiejczuk on Saturday, and what’s next.

Hooker will give his thoughts on pulling out a split decision win over Paul Felder, and whether he’ll get Justin Gaethje next.

Riddell will discuss his hard-fought win over Magomed Mustafaev at UFC Auckland.