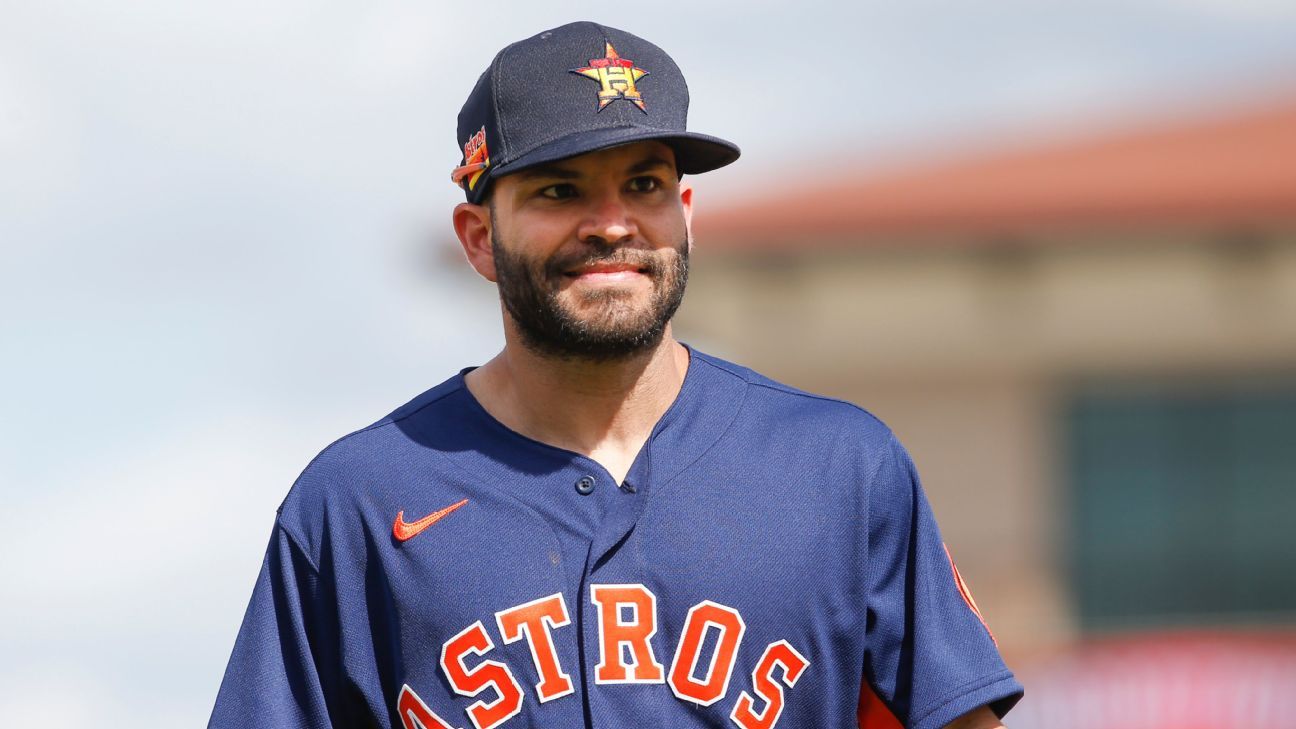 LAKELAND, Fla. — Jose Altuve insisted that he tuned out the hecklers. But he couldn’t avoid a pitch that grazed him.

“He was hit in the foot. That ain’t nothing, you know what I mean?” Houston Astros manager Dusty Baker said Monday after his team’s 11-1 win over the Detroit Tigers at half-empty Joker Marchant Stadium. “It wasn’t intentional.”

Altuve was loudly booed when he was introduced for his spring training debut, cheered when he struck out and called a cheater by several fans. It was quite a difference from past years, when the diminutive All-Star second baseman was among the most popular players in the majors.

That was before Altuve and his Houston teammates were implicated in the sign-stealing scandal that has rocked baseball.

“We just heard a lot of noise, and that’s it,” Altuve said.

Altuve and fellow starters Alex Bregman, Carlos Correa and Yuli Gurriel played for the first time in the exhibition season. After Houston opened the Grapefruit League in the stadium it shares with the World Series champion Washington Nationals, this was the first time the Astros were away from their complex, providing a taste of the reaction they might receive on the road this season.

“We were focused on playing baseball. We know that we need to go on the field and get ready and prepared for the coming season,” Altuve said. “That’s what we’re thinking about right now.”

Actually, the reception during the visit to Tigertown USA was fairly tame compared to what it figures to be during the regular season. Early arrivals in the announced crowd of 4,891 were discouraged by ushers from gathering near the Astros dugout unless they had box seats along the third-base line.

Hecklers aired their voices after batting practice, booing during lineup introductions and each time Altuve, Bregman, Correa and Gurriel stepped to the plate. Altuve got some cheers, too, when he was charged with an error for dropping a throw by Bregman from third base on a force play.

The quartet was treated to one more round of boos when they left the game and made the long walk up the first-base line to the visiting clubhouse.

“There’s frustration in the fan base, and they have a right to voice their opinion. … The Astros are going to have to wear it for a while, and eventually it’ll move on. But fans are going to voice their opinions, and they have a right to,” Tigers manager Ron Gardenhire said. “Those guys understand it over there, and they’re going about their business of getting ready for the season.”

Altuve took a called third strike to a round of cheers in his first at-bat and lined a crowd-quieting RBI double into the left-field corner his next time up.

Altuve showed no signs of being upset when he was grazed with a pitch by Tigers reliever Nick Ramirez after the batter before him, Myles Straw, homered in the fifth inning. The 2017 AL MVP was replaced by a pinch runner.

Baker planned to play Altuve, Bregman, Correa and Gurriel no more than five innings in Houston’s first true road exhibition since a Major League Baseball investigation found that the Astros broke rules by stealing signs during their championship season in 2017.

While most of the team made the three-hour trip from West Palm Beach by bus early Monday, Baker said the team’s starting infield traveled the previous day and spent the night in Orlando. Established players rarely make such long road trips during spring training.

“That made it easier for them to show up here, and it makes it easier for me to say: ‘Hey, man, do you want to come?'” Baker said before the game, adding that he did not try to prepare Altuve, Bregman, Correa and Gurriel for Monday.

“No, I don’t tell ’em anything. There might not be any noise,” Baker said. “Everybody keeps anticipating noise, and there might not be noise. It’s hard to warn somebody that something’s coming, and it never comes because you’ll be looking out for it instead of playing the game. If it comes, you deal with it. If not, you go ahead and live your life.”

Two other Astros were hit by pitches in the late innings, though Gardenhire stressed that it wasn’t on purpose.

Earlier, Detroit starting pitcher Matthew Boyd, who fanned Altuve in the first inning, said it wasn’t difficult to block out the booing and heckling, and he remained focused on playing the game.

“It’s spring training. Honestly, let’s let it die. What’s done is done. I know how everybody feels, but no one is going to change anything now,” Boyd said. “The punishment’s been handed out. The line’s been drawn in the sand. Hopefully that shuts it down, and it’s just best for everyone to move forward. They’ve got to live with it. That’s more than enough punishment.”