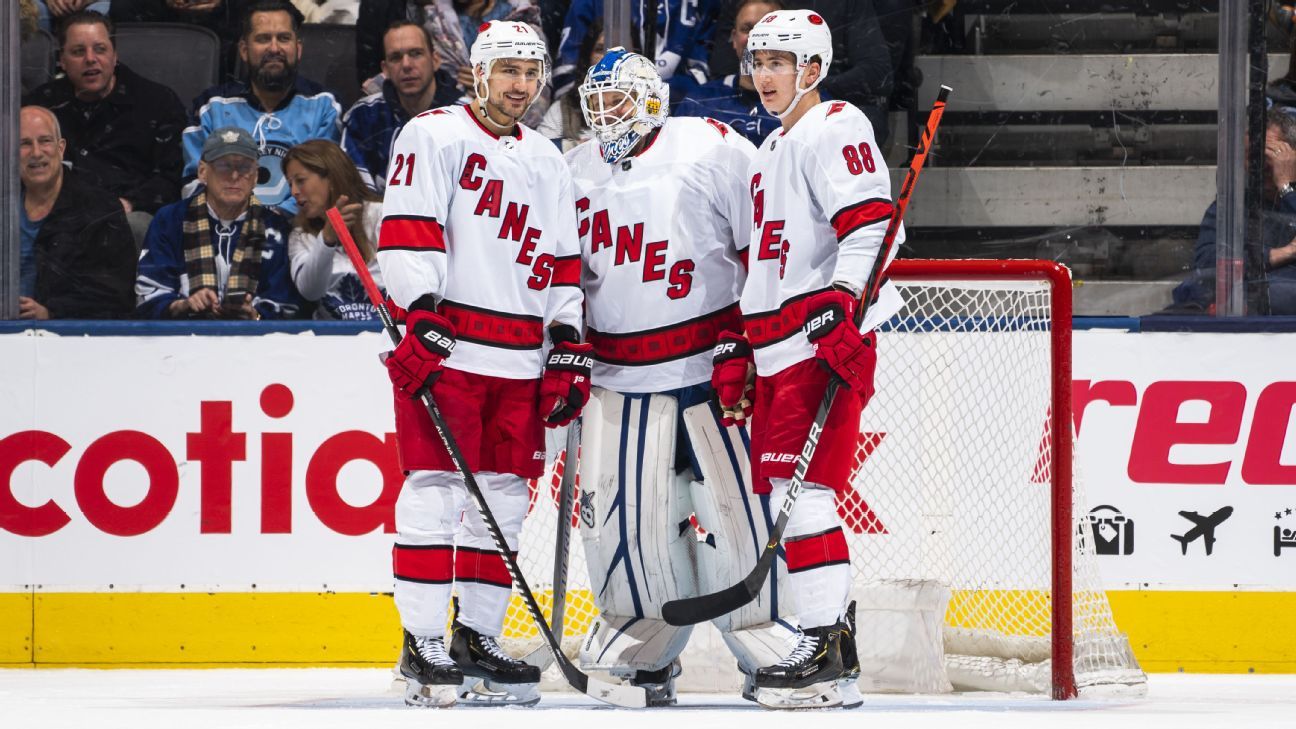 When both of the Carolina Hurricanes goaltenders left Saturday’s game versus the Toronto Maple Leafs with injuries, 42-year-old Dave Ayres came in as the emergency backup goaltender — and stopped eight of 10 shots he faced to seal a 6-3 win for the Canes.

Ayres allowed goals on the first two shots he faced before stopping the final eight in succession.

Ayres, a Zamboni driver and arena maintenance worker for the Maple Leafs’ AHL affiliate the Toronto Marlies, has been the regular practice goaltender for the Marlies and has appeared at Maple Leafs practices and skills sessions this season.

“It was awesome, I had the time of my life out there,” Ayres told the Sportsnet broadcast after the game. After he was named the No. 1 star, the crowd in Toronto gave him a loud ovation.

Per NHL rules, Ayers was paid $500 for the game, and was allowed to keep his game-worn jersey.

Carolina had a 3-1 lead when Ayres took over. James Reimer started in goal, but left 6:10 into the first period with a lower body injury. Petr Mrazek left in the second period after he collided with Toronto forward Kyle Clifford.

Ayres, a Whitby, Ontario, native, came into the game with a No. 90 Hurricanes jersey, but was wearing a helmet featuring Toronto Marlies decals. Several Toronto players came to give him stick taps after the second period.

Ayers’ own hockey career was derailed by a kidney transplant in 2004. Ayres’ mother, Mary, was his kidney donor. Ayres’ last competitive action was an eight-game stint with the Norwood Vipers of the Allan Cup Hockey League. He allowed 58 goals, had a .777 save percentage and a 0-8 record.

The Canes mobbed Ayres after he made a save at the final buzzer. Ayres is the second backup goaltender to gain notoriety over the last three years. In March 2018, Chicago-area accountant Scott Foster was called on in a Blackhawks game and made seven saves over 14 minutes to seal the win — and achieve viral fame.

The health status of both of Carolina’s goaltenders is unclear. The NHL’s trade deadline is Monday at 3 p.m. ET.

Cowboys name Brian Schottenheimer as new OC
Nuggets sit Jokic, Murray, AG, KCP vs. Wolves
Isles’ Horvat scores in ‘unbelievable’ home debut
‘We’re wired to go after it every year’: Patrick Mahomes and the Chiefs are built to last
Why Scotland’s stunning win over new-look England will live long in the memory