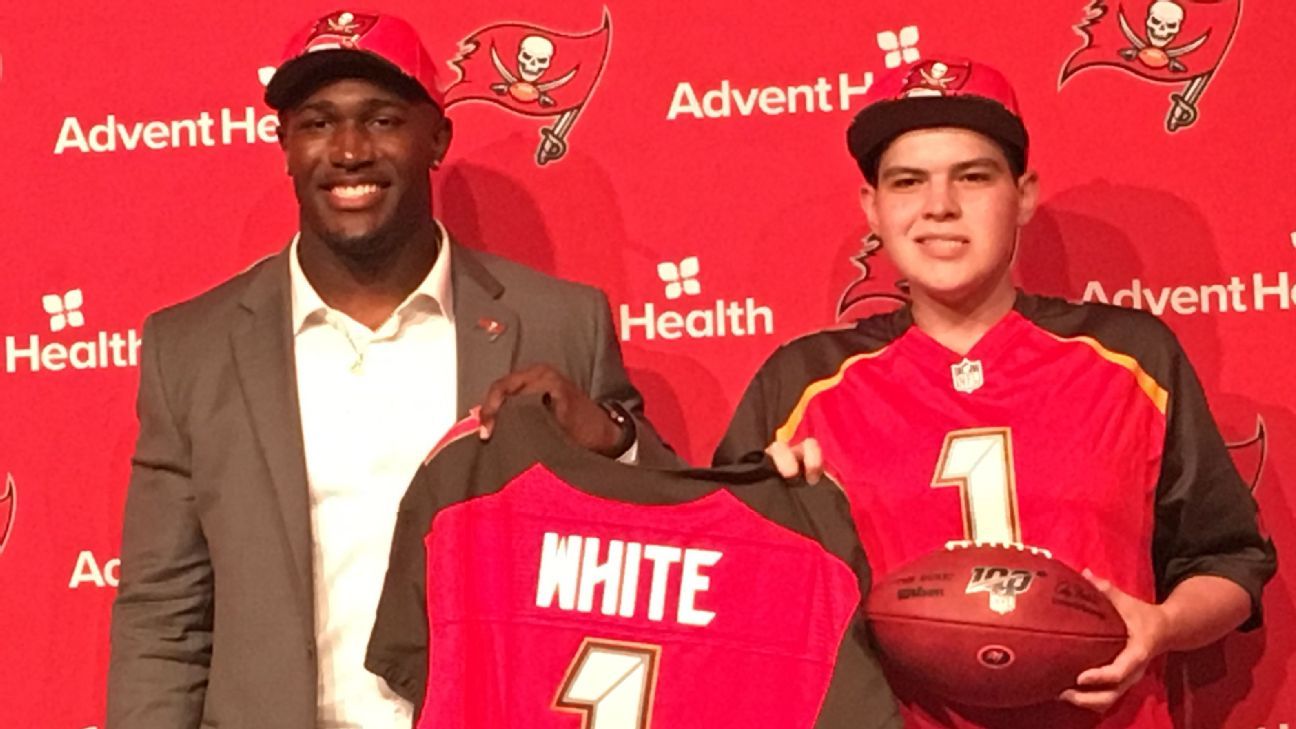 TAMPA, Fla. — Kacey Reynolds, the Tampa Bay Buccaneers fan from Maysville, Georgia, whose wish was granted last year when he got to announce the Bucs’ 2019 first-round draft pick, has died after a three-year battle with Hodgkin lymphoma, the team announced Sunday.

“We’re saddened by the passing of Buccaneers fan Kacey Reynolds. Our hearts go out to his family,” the Bucs tweeted, adding that he will “forever be part of the Buccaneers family.”

We’re saddened by the passing of Buccaneers fan Kacey Reynolds. Our hearts go out to his family.

Kacey announced our first round pick at last year’s draft as his Make-A-Wish experience, and will forever be a part of the Buccaneers family. pic.twitter.com/RXwUcTf91N

In addition to having Reynolds announce the pick, coach Bruce Arians, a two-time cancer survivor, called Reynolds and invited him and his parents, Kenneth and Kelly Reynolds, to fly back to Tampa with fifth overall draft selection Devin White.

Evans was actually the one who delivered the message to Reynolds via video at his school that he’d be making the draft pick.

“This one hurts man,” Evans tweeted. “You loved the squad regardless of the outcome. It was great getting to know you. RIP my friend.”