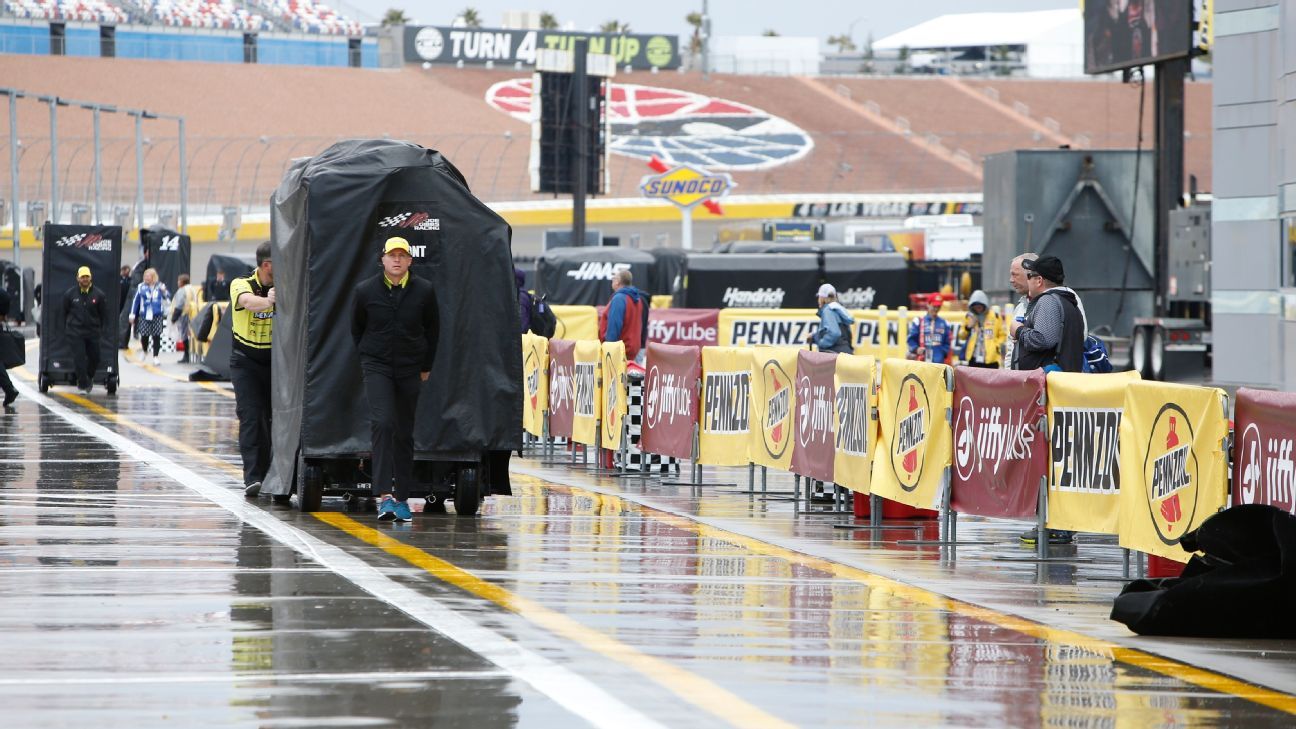 LAS VEGAS — The NASCAR Xfinity Series race at Las Vegas Motor Speedway has been postponed until after the completion of Sunday’s main event.

Rain halted the race Saturday after 50 of the scheduled 200 laps. The finish is set to resume an hour after the NASCAR Cup Series race concludes.

Joe Graf Jr., making just his fifth career Xfinity start, was the leader when rain stopped the action. Chase Briscoe led a race-high 27 laps, won the first stage and was scored in second.

Rain caused a 90-minute delay to the start and also washed out qualifying.