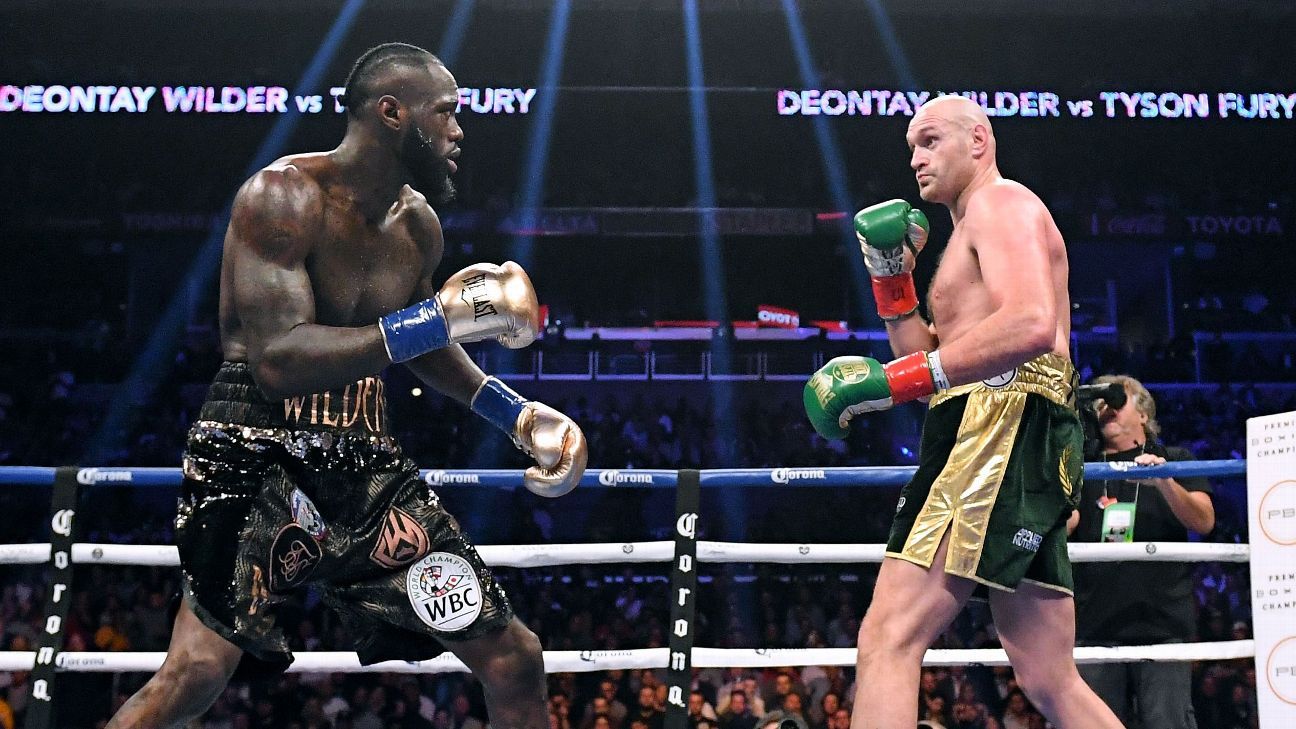 According to duBoef, there were still “a couple more tickets” to be sold hours before Wilder and Fury were scheduled to walk to the ring, so a final gate was not yet available. However, the gate had already passed the $16,860,300 mark set by the rematch between Lennox Lewis and Evander Holyfield in 1999 at the Thomas & Mack Center.

Wilder (42-0-1, 40 KOs) and Fury (29-0-1, 20 KOs) fought to a controversial, split-decision draw in December 2018 inside Staples Center in Los Angeles. In addition to the scoring controversy, the first meeting was an instant classic. The gate for the first meeting was $3,515,122, according to the California State Athletic Commission.

Before Saturday, the Lewis-Holyfield rematch was the seventh-highest gate in Nevada boxing history, regardless of weight class. And it is the only fight in the top 10 of that category that did not take place within the past 20 years.

The 2015 fight between Floyd Mayweather and Manny Pacquiao pulled in the largest gate in Nevada boxing history, at $72.2 million.