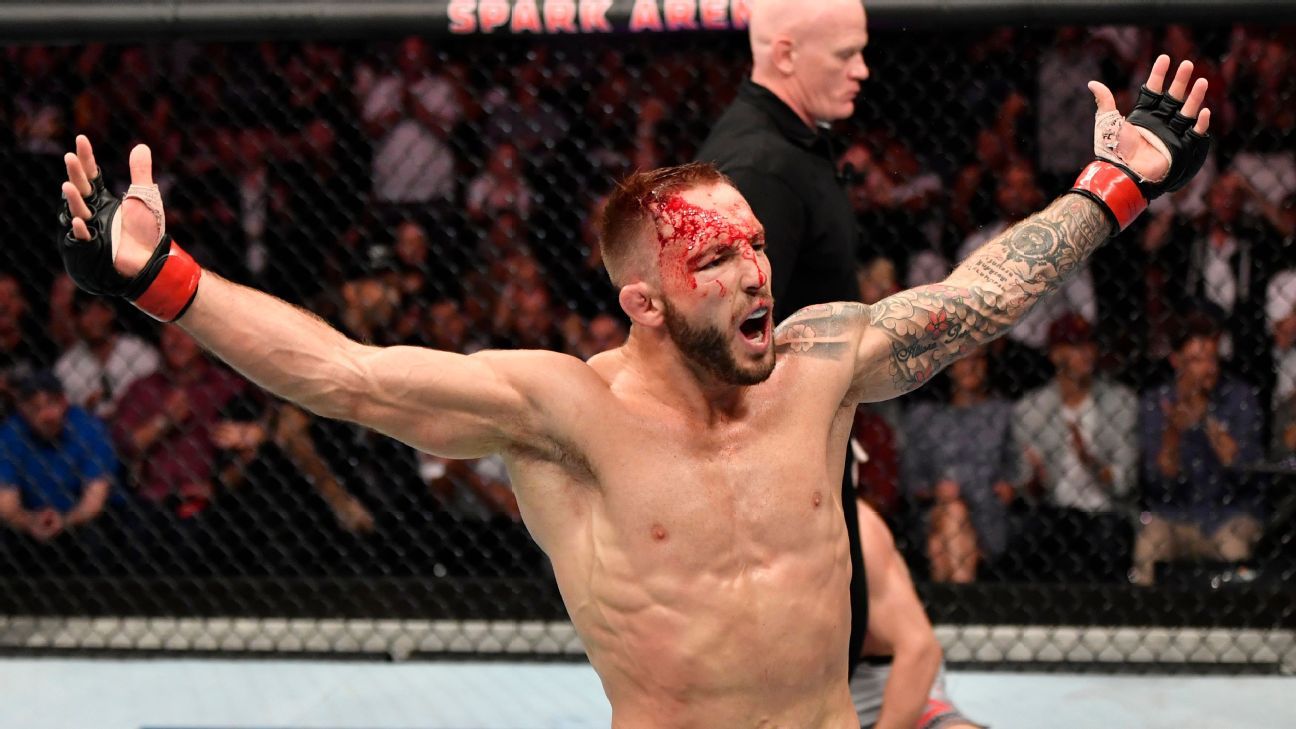 If Israel Adesanya‘s thrilling stoppage of Robert Whittaker in Melbourne last October was the coronation of New Zealand’s next sporting king, the past week in Auckland has been the party to end them all.

For New Zealand MMA, these are heady times. Adesanya’s rise to Kiwi sporting royalty was crowned with the Halberg Award presented to the country’s best sportsperson. In his, typically memorable and unfiltered, acceptance speech, the middleweight champion declared that combat sports were here to stay. In a country where rugby union rules and its netball team is the best in the world, the explosion of MMA interest is striking.

Fight week in Auckland has been Kiwi MMA’s chance to showcase its very best side. From the Maori welcome for fighters, to the open workouts, and the triumphant City Kickboxing crew opening their doors for all with not one but two world champions in attendance, to an electric weigh-in, and a wild throw forward to UFC 248 with a press conference featuring Adesanya. This has been the week New Zealand has said “we are here, this is who we are and we aren’t going away.”

Saturday’s weigh-in was a spectacle. Rain poured across the harbour city, but the fight fans streamed into Spark Arena for a glimpse of their heroes. Raucous cheers greeted Kai Kara-France and his Maori ‘Kapa o Pango’ inspired gesture at opponent Tyson Nam. Brad Riddell emerged, a silver fern painted across his entire torso, bringing the house done, before Hooker and Felder took center stage. The Irish Dragon playing the villain as boos rained down from the Arena. Hooker promising to “fold him like a chair.”

Come fight night — or fight morning down here — they were streaming in from 9 a.m. Over five years ago, Auckland held its first UFC Fight Night. A young guy called Dan Hooker was the second fight on the card. Now he’s the headline act in his hometown on a card with two of his City Kickboxing stablemates.

The first of the Kiwi trio in action was Kara-France. Stinging from defeat in his last outing, the flyweight made amends against Tyson Nam controlling the fight throughout and bringing the Arena to its feet after the judges result came through. The perfect start to Auckland’s big day.

The emotion of the occasion came flooding out of Kara-France post fight.

“To represent New Zealand on the world stage means everything to us.”

Brad Riddell kicked off the main card with a brutal points win over Magomed Mustafaev. A bloodied Riddell triumphantly milking the acclaim of the home crowd, sat astride the top of the Octagon one of the enduring images of the day.

“I come here for a war and to perform — I did both,” Riddell told the crowd.

“I was just loving the moment and had a smile on my face. That was a proper fight, with a bit of everything.”

Then the moment. Hooker into the Octagon for five enthralling, bloodied, closely fought rounds against Paul Felder. The crowd chants of Hooker reverberating around the arena after both men gave their all.

At the end of it, the cherry on the cake. A home win. The three-peat for New Zealand and City Kick Boxing once again. Elation in Auckland.

There’s a phrase in the indigenous Maori language: Nga Tangata Toa. The Warrior People. It’s a quality New Zealanders are justifiably proud of, and is an ethos that runs through their sporting culture, win or lose. Pride, respect, connection to the land. All qualities that are in the DNA of this batch of talented MMA athletes emerging from the country.

The last word goes to the victor Dan Hooker. “I’ll defend this land. No matter what the cost.”

A nation of warrior people. Taking it to the world.

‘Mate, we can do it. I have full faith in ourselves’
Vaughn wishes Irving well: ‘Want him to succeed’
Tkachuk: ‘Honor’ to play as Panther in All-Star win
Breaking down McGregor vs. Chandler on TUF and in the Octagon
Atsu rescued after Turkey earthquake – club VP