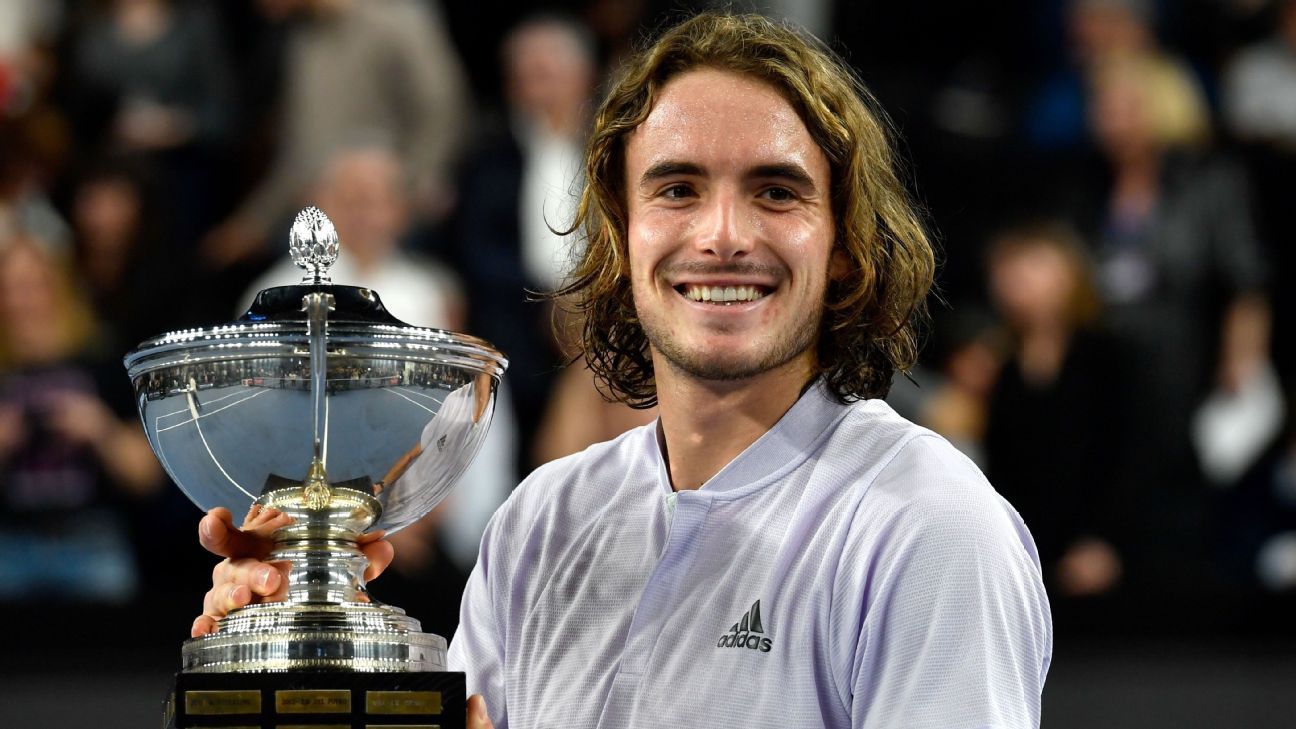 Defending champion and second seed Stefanos Tsitsipas beat Canadian teenager Felix Auger-Aliassime 6-3, 6-4 on Sunday to win the Marseille Open for the second time in a row.

The victory made Tsitsipas the first man to win back-to-back trophies at the tournament since Sweden’s Thomas Enqvist in 1997-98.

Auger-Aliassime lost his second final in eight days having been beaten in the title match at the Rotterdam Open, and the 19-year-old is yet to win a set in five ATP finals in his short career.

“It’s great to be fighting on the court against you,” Tsitsipas said at the trophy presentation. “I feel like you make me a better player and I hope I make you too.”

Tsitsipas won 78% of his first serve points and finished the tournament without dropping a set.

Although Auger-Aliassime asked tough questions of Tsitsipas in the opening set, coming up to the net to dictate play, the Greek soon started finding his angles to negate that strategy with passing shots.

A break at 2-2 in the second set opened the door for Tsitsipas to serve out the match but Auger-Aliassime turned the tables by staying on the baseline, winning points with returns that were well out of reach to earn his first break point.

Tsitsipas took advantage again, however, when Auger-Aliassime approached the net, forcing him to play defensive shots rather than attacking volleys, and he broke back to take a 4-3 lead before winning his next service game.

The Canadian only delayed the inevitable with a hold of serve and Tsitsipas converted his first match point to wrap up the match in just under 90 minutes.