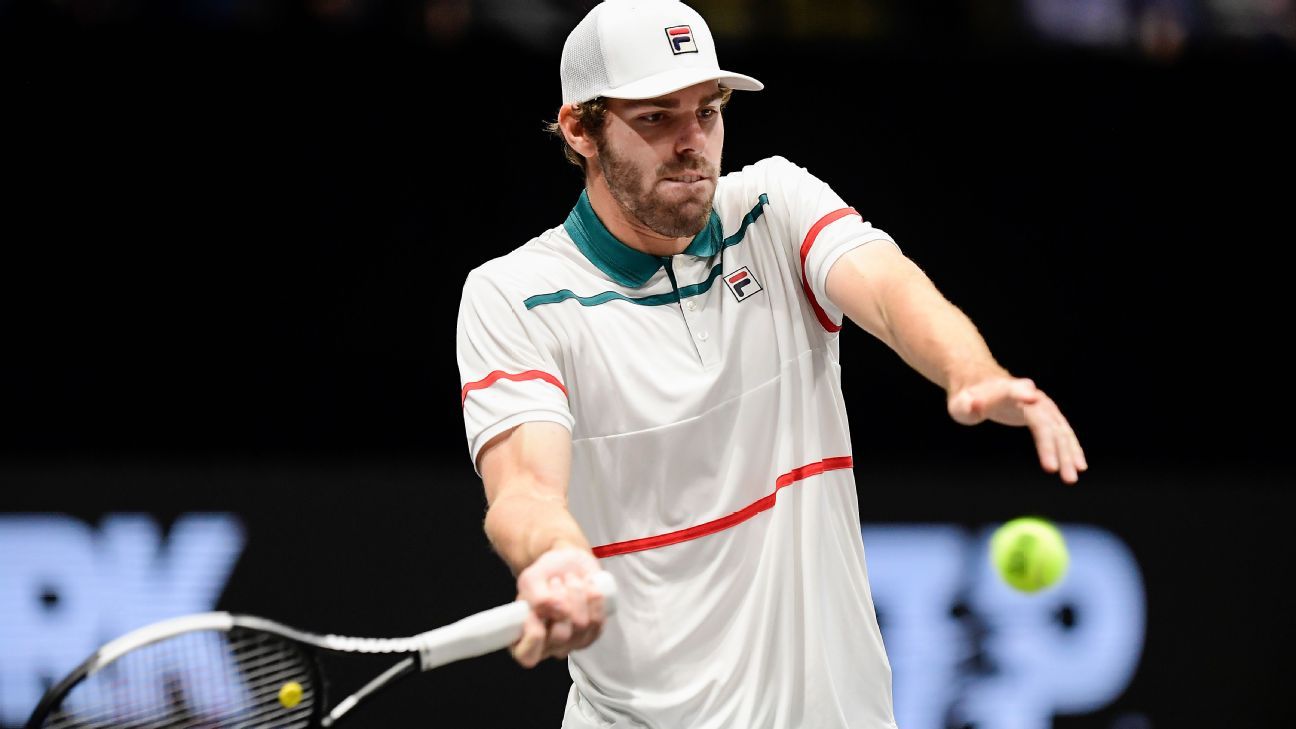 DELRAY BEACH, Fla. — Given a few hours to get ready, Reilly Opelka put this win on ice.

Opelka won his second career ATP title. He defeated second-seeded Milos Raonic of Canada 4-6, 7-6 (6), 6-3 in a semifinal delayed a day by rain, then returned to the court a few hours later for the final.

“It was tough because Yoshi is a nightmare and especially with coming in with three sets already on me,” Opelka said. “He’s not the kind of guy you want to play when you’re already tired and fatigued.”

Opelka said his knee bothered him throughout the match with Raonic. Opelka spent much of the time between matches icing.

Opelka almost had time to rest up at his own house. He lives in Delray Beach.

“I love playing at home,” Opelka said. “I’m based about 10 minutes away and have been around here the last 10 years. I’m very comfortable here and I plan on staying in South Florida.”

Opelka is the fourth American in the past five years to take home the Delray Beach winner’s trophy.

Nishioka pushed the final into a third set by winning the second-set tiebreaker, but he immediately struggled in the third set. He lost his serve in the first game of that third set on a double fault at 15-40, which was his only double of the match.

Opelka won his first career title at the 2019 New York Open. And it was at the New York Open last week that Opelka and Nishioka played their first career match in the round of 16, which the American also won in straight sets.

Opelka is projected to move from No. 54 to 39 in the ATP rankings on Monday,

The left-handed Nishioka earned his spot in Sunday’s final by beating sixth-seeded Ugo Humbert of France 1-6, 6-4, 6-0 on Saturday afternoon.

Nishioka was also looking for his second career ATP title on Sunday, having won the 2018 trophy in Shenzhen, China.